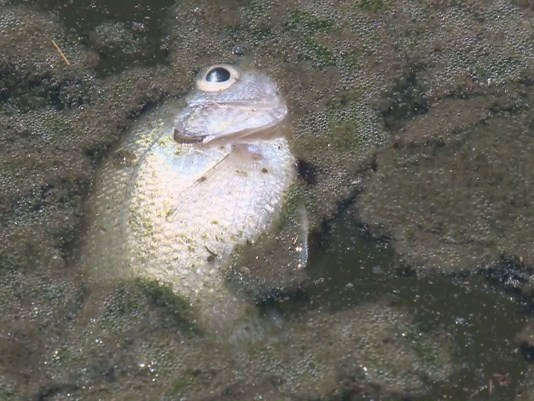 WASHINGTON D.C. -- Officials believe the recent extreme heat was responsible for the deaths of several hundred fish found belly-up in a pond on the National Mall.

A mix of bluegill, sunfish and bass was found dead this week in the pond at Constitution Gardens. The shallow pond sits just west of the World War II Memorial.

National Park Service spokesman Mike Litterst says he did not have an exact number of the number of fish that died.

Officials say the recent heat likely spurred on the growth of algae, robbing the water of oxygen.

“When it cools off (at night), the algae dies and sucks the oxygen out of the water,” Litterst said, according to CBS affiliate WUSA.

A similar fish kill happened in the same pond in 2013. Litterst says the agency is in talks to add an aeration system and make the pond deeper so that another fish kill doesn’t happen.

As for the fish in the pond, the National Park Service said it will continue to scoop them out through the week, WUSA reported.