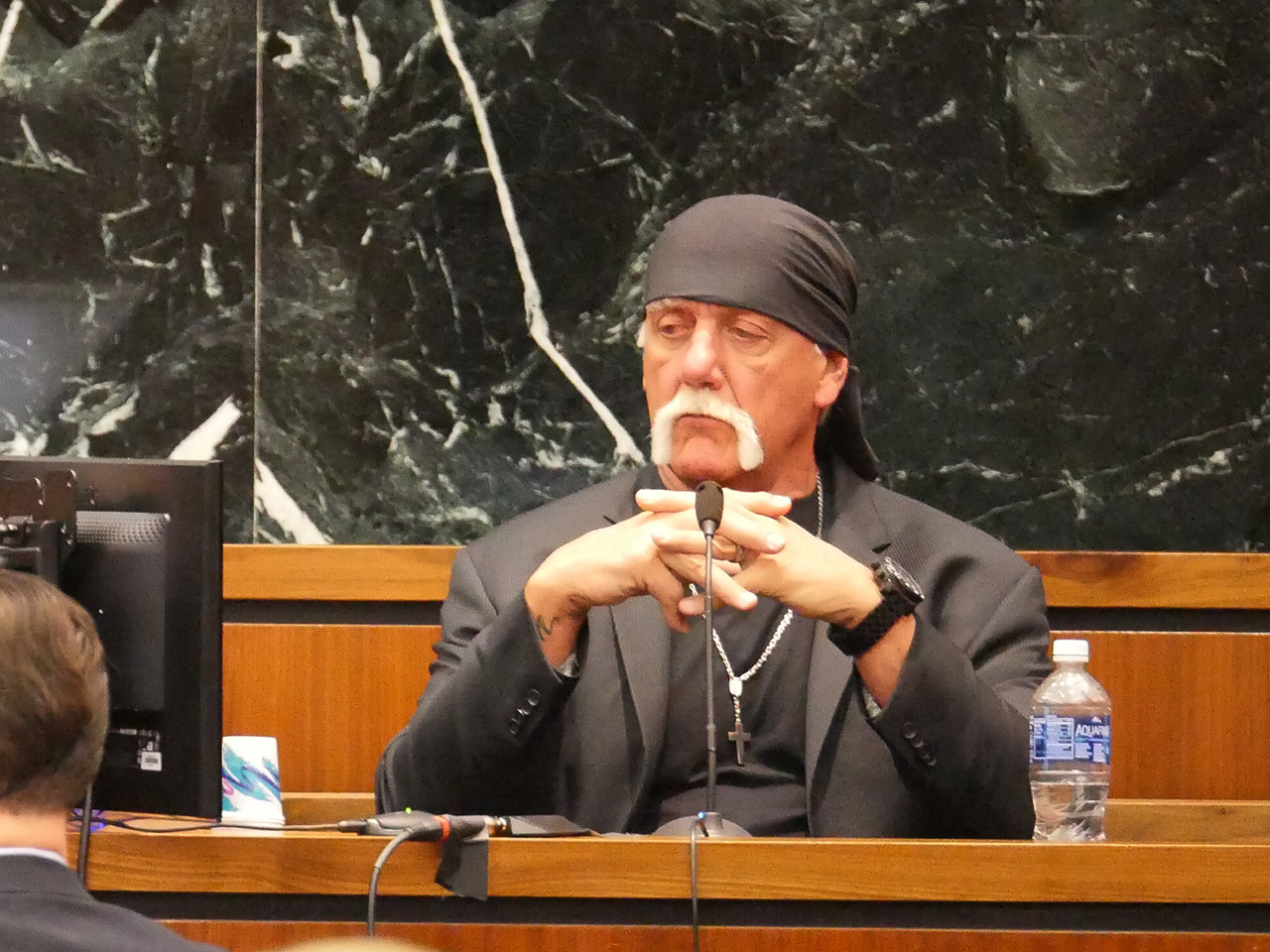 ST. PETERSBURG, Fla. -- Here's what we learned by the end of the first day of a sex video trial that pits pro wrestler Hulk Hogan against gossip site Gawker:

- The 62-year-old Hogan said he was "humiliated" when the video of him having sex with his then-best friend's wife was released, and that his arms were "violently shaking" from the news.

- Hogan felt pressured to have sex with Heather Clem, because both she and her husband, shock jock Bubba The Love Sponge Clem, "badgered" him about it. He said he finally gave in because he was at a low point when his marriage to his first wife was on the rocks.

- Hogan said he didn't know Bubba Clem had a video camera in his bedroom, but in media interviews when the video first surfaced, Hogan said that before he had sex with Heather Clem, he asked Bubba if he was filming.

On Tuesday, cross-examination of the wrestling legend will continue in the St. Petersburg courtroom.

Although the trial has been chock-full of salacious details - an attorney on Monday mentioned Hogan's "thong-shaped tan line" that was visible in the video - it's also a serious First Amendment case. The core issue: Did Gawker have the right to post one minute and forty one seconds of the sex tape, approximately nine seconds of it actual sexual content?

Hogan and his lawyers say no, that Gawker invaded his privacy. He's suing for $100 million, saying the posting of the video caused him severe emotional distress. If Gawker loses, the scrappy media empire could be in serious financial trouble.

Gawker says the publication was a legitimate scoop because Hogan had talked openly about his sex life before, in forums such as Howard Stern's radio show. The jury may have to grapple with questions about how celebrity affects expectations of privacy. Nothing less than the First Amendment is at stake here, Denton and Gawker's lawyers say.

The lawyer for the New York-based website says Gawker has a right to address uncomfortable subjects, reject spin by celebrities and tell the truth.

Gawker's reporter, A.J. Daulerio, posted the video to accompany a story about how celebrity sex tapes fascinate the public - while being lackluster.

Berry said Gawker didn't make money off the post. Advertisers don't post ads on Gawker's items that are labeled "NSFW," or "not safe for work."

Berry also said news of the tape, including screen shots, was on other gossip sites before Gawker published the video.

He added that Gawker founder Denton "wants people to know the truth. The simple unvarnished truth."

The trial is expected to last three weeks.

Hogan attained pro wrestling stardom in the 1980s and 1990s, winning multiple championships. He also became a celebrity outside his "Hulkamania" fan base, appearing in numerous movies and television shows, including a reality show about his life on VH1, "Hogan Knows Best."

At times during the trial, Hogan's testimony seemed like he was schooling the jury on wrestling history, telling them of being poor, sleeping in his car while performing in small-town matches across the South, and finally getting his break when he was asked to appear in the Rocky III movie.

Hogan, whose real name is Terry Bollea, chalked up the inconsistencies to being shell-shocked by the tape and because he routinely put himself in his wrestling character.

"I was probably in the Hulk Hogan mode," Hogan said. "It gives you artistic ability, to be a character."