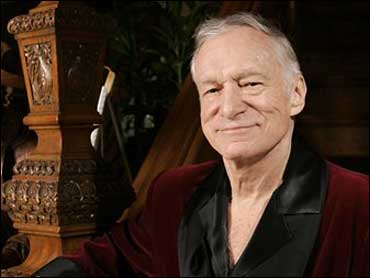 The film, to carry the title of his magazine, will be directed by Brett Ratner, whose credits include the "Rush Hour" movies and "X-Men: The Last Stand."

It will be produced for Universal Pictures by Brian Grazer, who won the best picture Oscar in 2002 for "A Beautiful Mind."

Hefner, 81, sold the rights to his story to Grazer several years ago. He approved the project last week.

"Hef came from a puritanical upbringing and reinvented himself to be the godfather of the sexual revolution," Ratner told Daily Variety, which reported the deal Monday.