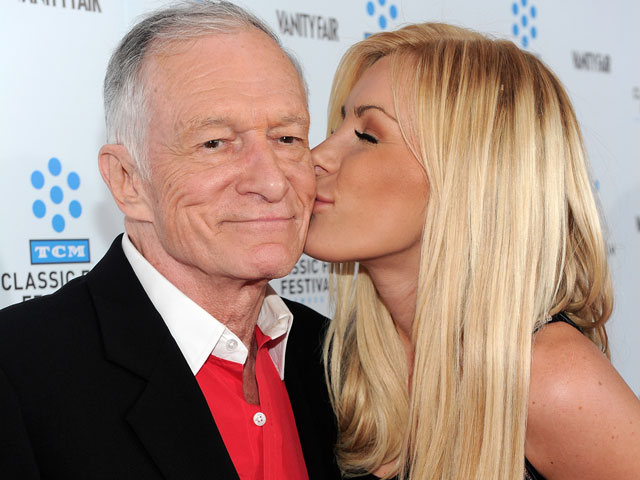 And guess what, she's a Playmate. Who would have thunk it?

Hefner said in a Twitter message early Sunday that he'd given a ring to Harris, saying she burst into tears.

"This is the happiest Christmas weekend in memory," he wrote.

To clear up confusion over whether the ring was simply a Christmas gift, Hefner later tweeted: "Yes, the ring I gave Crystal is an engagement ring. I didn't mean to make a mystery out of it. A very merry Christmas to all."

This would be the third marriage for Hefner, star of the E! cable TV reality series "The Girls Next Door," which chronicles Hefner's life at the Playboy Mansion. He divorced Playmate Kimberly Conrad last year.