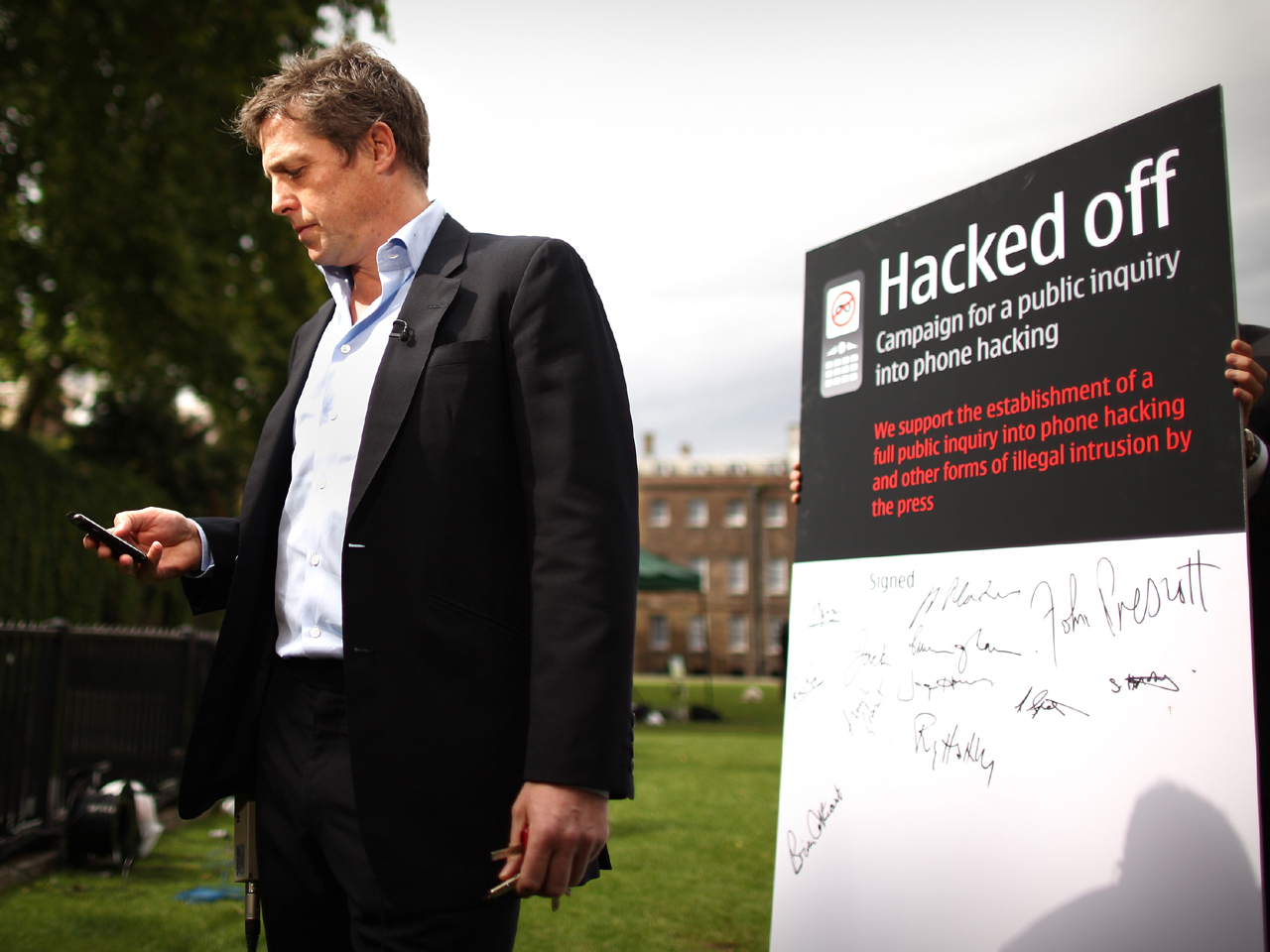 (CBS/AP) Hugh Grant is getting involved further in the UK's tabloid hacking scandal. The actor says police have asked him to testify at an inquiry into allegations that a tabloid newspaper hacked into the phones of newsmakers, including celebrities and a murder victim.

In an interview with "The Early Show" Wednesday, Grant said, "This is the watershed moment when, finally, the public starts to see and feel, above all, just how low and how disgusting this particular newspaper's methods were. And what will emerge shortly is that it wasn't just this newspaper."

The actor has often claimed he believes his phone was hacked by News of the World. He told Sky News on Wednesday that he was happy to work with police but also backed calls for an independent inquiry.

In "The Early Show" interview, Grant said, "[B]asically all our prime ministers going back to Margaret Thatcher, who've all realized they can't get elected unless the man who controls 37 percent of our powerful print media in the country is on their side. And they will go through the humiliating hoops to keep Rupert [Murdoch] as their puppeteer."

News of the World is part of News Corp. Murdoch is News Corp's chairman and chief executive officer.

Grant wrote an article in The New Statesman earlier this year revealing that he secretly taped a conversation with former News of the World journalist Paul McMullan, who admitted that the tabloid employed people to hack into mobile phones. (Listen to that conversation here.)

The scandal has accelerated this week with news that The News of the World allegedly hacked into a missing 13-year-old's cell phone. Milly Dowler was abducted in 2002 in Surrey, England, and was found dead six months later.

Police concluded that some of the messages on Dowler's phone had been deleted shortly after her disappearance, giving her family the mistaken impression she may still be alive.