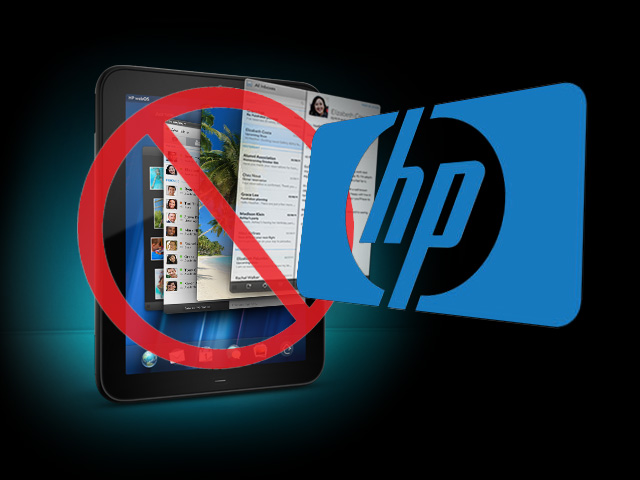 Sounding a startling retreat from the consumer business, Hewlett-Packard announced on Thursday its intention to explore "strategic alternatives" for its PC unit while discontinuing its TouchPad and WebOS phone products. The company also reduced its financial outlook for the next two quarters.

In a conference call after the close of trading, the company confirmed rumored plans to acquire Autonomy, paying about for $10.3 billion UK-based software company.

HP had little to say about the future of WebOS, other than that it would "continue to explore options to optimize the value of WebOS software going forward." During his prepared remarks, CEO Leo Apotheker allowed that neither the TouchPad or HP's WebOS products had gained sufficient "traction" in the market.

"Consumers are changing the use of their PC. The tablet effect is real and sales of the TouchPad are not meeting our expectations," Apotheker said. "The velocity of change in the personal device marketplace continues to increase as the competitive landscape is growing increasingly more complex especially around the personal computing arena."

Turning to the WebOS, he said that despite early success, "our WebOS devices has not gained enough traction in the marketplace with consumers and we see too long of ramp-up in the market share."

HP acquired WebOS as part of a billion-dollar acquisition of Palm a year ago. At the time, company executives said they intended to integrate the software across a broad range of product lines from phones to printers.

But the rub was that even as WebOS won critical acclaim, it enjoyed little commercial success. That paradox spotlighted the hardscrabble nature of competition in the smartphone operating system.

The company has also struggled making inroads against Apple in the tablet computer business. Earlier this week, a survey came out reporting that 94.5 percent of the people it polled expressed an interest in the iPad. Separately, the website AllThingsD noted that a big stockpile of untouched TouchPads from HP was gathering dust at Best Buy. Sources said that the retailer had sold less than 10% of the 270,000 units it was shipped had told HP to take them back.

In March, HP described reports that it might sell its PC business "irresponsible reporting." But on the conference call CFO Cathy Lesjak noted that both the TouchPad and HP's WebOS phones had failed to meet financial targets "and other milestones that were set." She indicated that a turnaround would have forced HP to make "significant investments over the next one to two years creating risks without clear returns."

The move marks a dramatic makeover - one of the biggest - in HP's 72-year history as its relatively new Apotheker seeks to move HP away from the consumer business and more resemble its longtime rival IBM. Big Blue sold its PC business in 2004 to focus on software and services. To put today's announcement in context, remember that it was just a decade ago, under then-CEO Carly Fiorina, that HP spent more than $24 billion on Compaq Computer, setting the stage for HP to become the world's No. 1 maker of personal computers. Now, three CEOs later, HP is reversing course.

Separately, HP said that its third quarter revenue will be $31.2 billion with earnings of 93 cents a share. Non-GAAP earnings will be $1.08 a share. Wall Street was looking for earnings of $1.09 a share on revenue of $31.17 billion.