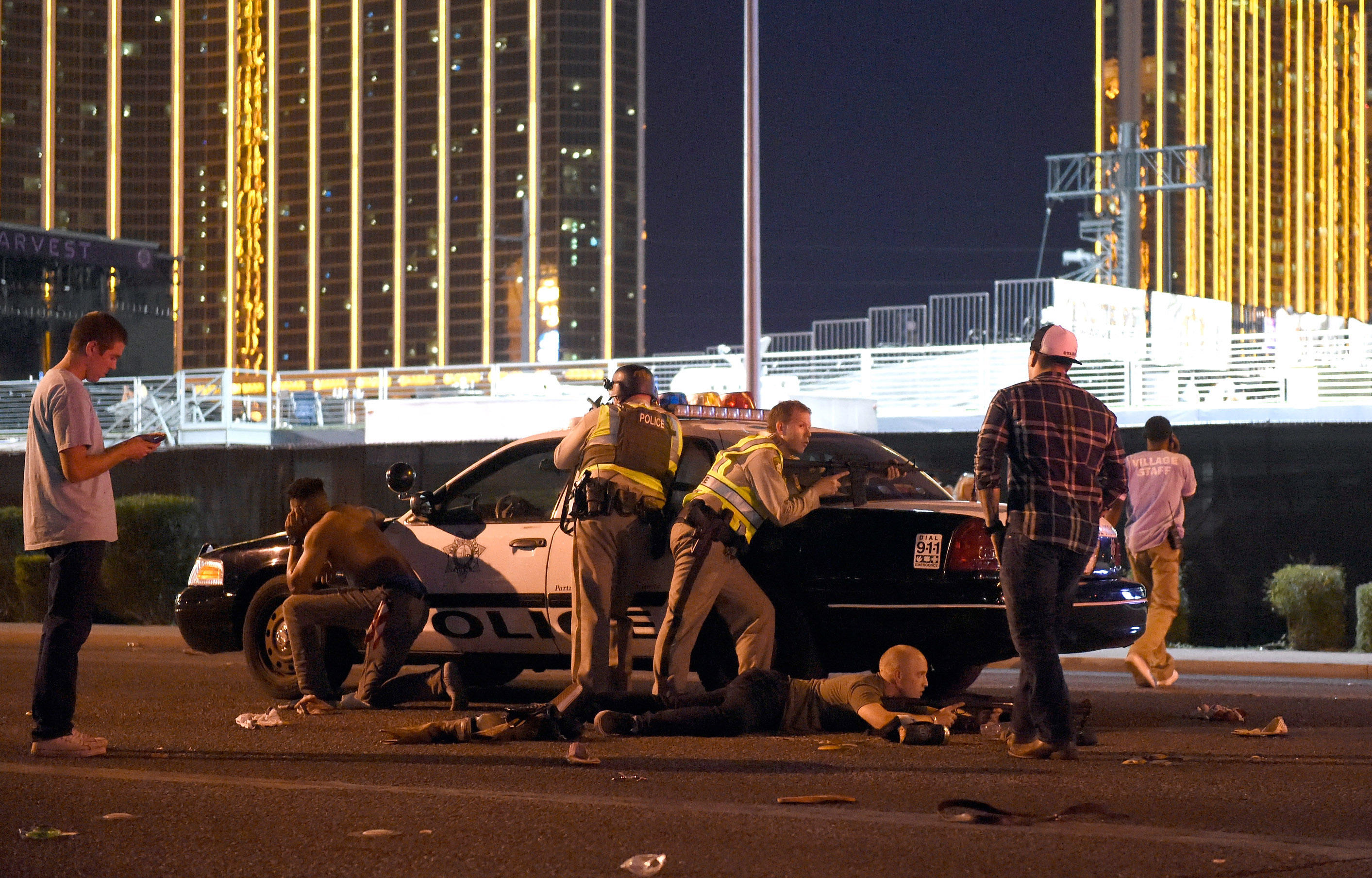 NEW YORK  -- As investigators in Las Vegas sort through information about the life of the man who opened fire on a crowed of concertgoers Sunday night, those who train police to respond to active shooters are thinking about how this most recent mass shooting might impact law enforcement tactics.

According to Clark County Sheriff Joseph Lombardo, it took just 10 minutes for Stephen Paddock to kill 58 people and wound 489 from the 32nd floor of the Mandalay Bay hotel. And while mass shootings have become a grimly frequent part of American life, Paddock's plot, which appears to have been in the works for some time, posed a dramatic challenge for police: how to control a shooter firing from above.

But according to Jim Bueermann, the president of the Police Foundation and a former Redlands, California police chief, police around the country began thinking anew about shooters positioned above crowds after the deaths of five officers in Dallas last year. In July 2016, Micah Johnson fired on officers at a peaceful protest from an elevated location inside a parking garage.

At that point, Bueerman says, agencies began evaluating their jurisdictions and if they had tall buildings asked, how would we deal with a sniper?

It has been 50 years since police and the public focused their attention on someone firing from above into a crowd of civilians: in 1966, Charles Whitman climbed atop a tower at the University of Texas at Austin and began shooting people below.

Pete Blair, a professor of criminal justice at Texas State University who studies and trains police in active shooter scenarios, told CBS News' Crimesider that after the UT shooting, police departments around the country responded in part by organizing teams within departments - like SWAT, which stands for special weapons and tactics – that receive specialized training and equipment to handle events like active shooters.

But in 1999, when two teenagers killed 13 people at Columbine High School in Littleton, Colorado, police realized that the reliance on specialized teams had gone too far.

Officers engaged Eric Harris in gunfire when he was outside the school, but once he entered the building they did not follow him. They were, says Blair, trained to "contain, control, and call SWAT."

After Columbine, Blair says police realized the pendulum had swung too far in the direction of specialized teams.

"It usually takes 30 minutes to get there, and during that time a lot of damage can be caused," Blair says.

Now, he says, officers are trained to "stop the killing." This means that most officers across the country are likely get at least some training in active shooter scenarios, although because of the fractured nature of policing in the U.S. it is impossible to be sure what kind of training all departments provide.

And indeed, that's what the patrol officers who first responded to the Las Vegas shooting did, according to Sheriff Lombardo.

"Officers, on their own, without direction of a supervisor, knew what they had to do," Lombardo told reporters Tuesday. "They came together, formed a team, made a response, and they didn't wait on SWAT...It's easy to say, we'll wait on SWAT, they're the experts on tactical intrusion. But our officers took it upon themselves to act."

Lombardo told reporters that Paddock fired on the crowd for 10 minutes, from 10:05 to 10:15 p.m. According to the timeline Lombardo set out, the first officers arrived on the 31st floor -- one floor below where Paddock was firing -- at 10:12 p.m.

Officers arrived at the 32nd floor at 10:17 p.m. One minute later, a security officer told Las Vegas police officers he was shot and gave them Paddock's exact location, Lombardo said.

"Twelve minutes from the first call to being at the shooter's door – that's amazing," Bueermann said.

Police cleared rooms, searched for more injured and formulated a plan before entering his room at 11:15 p.m., where they found the suspect dead from a self-inflicted gunshot wound. The delay was "purposeful and no shots were being heard at this point," Lombardo said.

Lombardo said he did not know why Paddock stopped firing at 10:15 p.m. -- minutes before police arrived outside his door -- but said, "We have found it's better, instead of securing the perimeter and hoping the person doesn't continue to do acts of carnage associated with their actions, that even a small police response will stop the suspect's actions."

Despite the quick response, Bueermann and Blair agree that a detailed review of how police responded to Paddock will be essential in planning for – and potentially preventing – similar attacks. For example, Bueermann asks, could a sharpshooter with a high-powered rifle and a scope actually have taken Paddock out from atop another building? What sort of collateral damage might such an attempt have risked?

Both men predict that when police plan security for major events, like the Route 91 festival Paddock attacked, they may now add sharpshooters in hotel rooms or atop nearby buildings. Blair also says that Paddock's use of a high-powered rifle might lead more departments to upgrade their body armor to add plates that can protect against rifle fire, as well as equip some officers with patrol rifles to more effectively stop suspects from a greater distance than a handgun could.

Bueermann points out that these days police are "hyper-sensitive" to criticism they are hyper-militarized, and need to find "a sweet spot" that establishes both public trust and public safety.

Criticism or not, both Bueerman and Blair say that what happened in Las Vegas will change how police – and the public officials, hotel owners, and promoters who are involved in planning major events – think and behave. Should windows on high rise buildings be bulletproof, or have sensors that alert when they are broken? Should hotels search guests' bags? Should more officers carry high-powered rifles?

"It's an unfortunate fact of life that you have these low frequency-high impact events," says Bueerman, referencing the dramatic changes in air travel after 9/11. "They have a huge rippling effect. This is likely one of those."