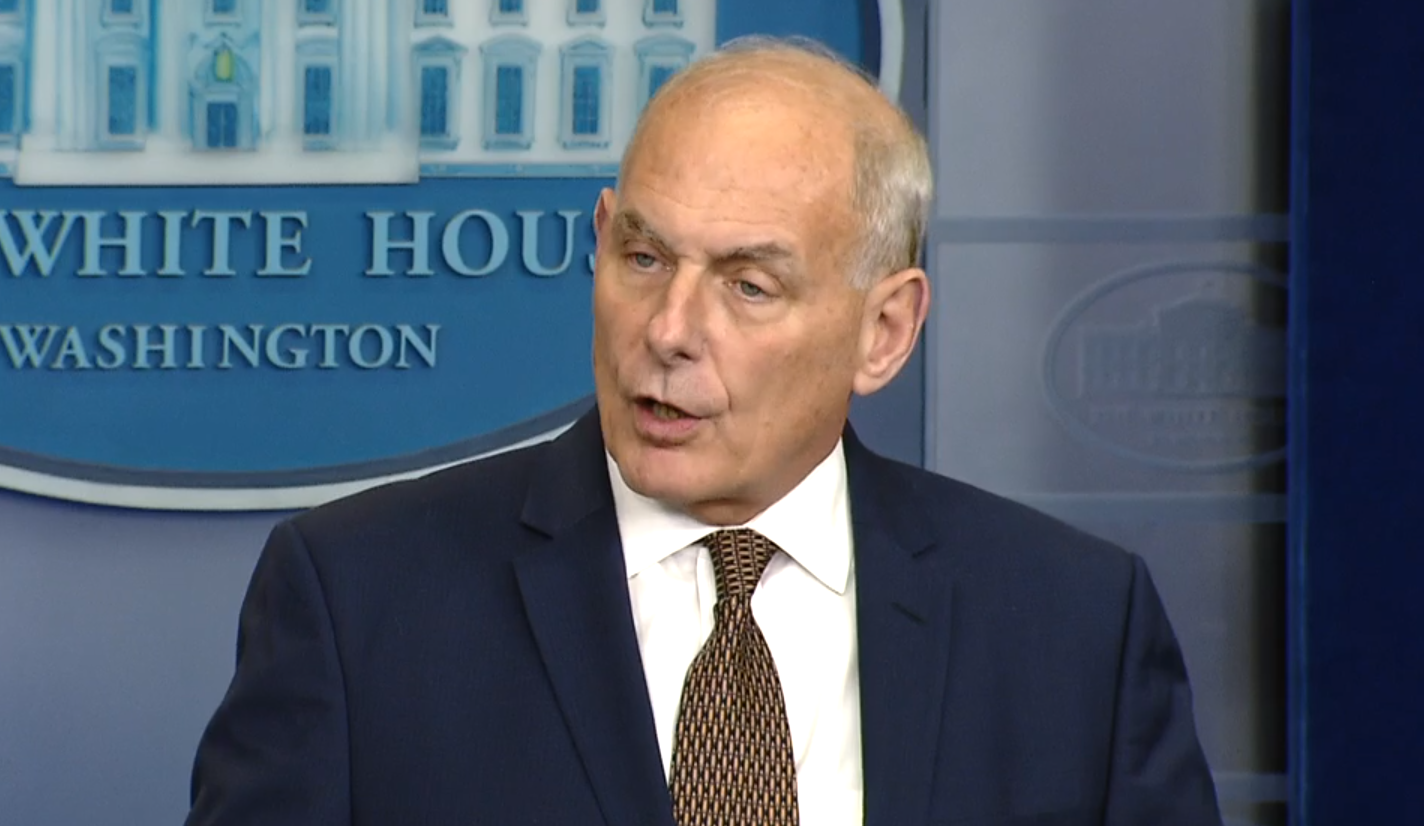 White House Chief of Staff John Kelly tried to put to rest any rumors Thursday that he might resign from the White House, or get fired, anytime soon.

"Unless things change, I'm not quitting, I'm not getting fired, and I don't think I'll fire anyone tomorrow," Kelly told reporters during the daily White House press briefing.

Kelly's appearance comes amid reports that he is frustrated in his role, as he works with an often unpredictable president who takes to Twitter to air his grievances. Kelly, who left his position as homeland security secretary to be chief of staff this summer, fought against the notion that he joined the White House to tame President Trump.

"I was not brought in to control him, and you should not measure my effectiveness as a chief of staff by what you think I should be doing," Kelly said.

Kelly's briefing also comes after a Wednesday NBC report claiming Mr. Trump requested a tenfold increase in the U.S. nuclear arsenal, a report Mr. Trump has decried as fake news. Kelly said the president, rather than asking for an increase in nukes, has said it would be great to get rid of all nuclear weapons. Inaccurate news reports about statements he or the president have made, Kelly said, are what frustrate him and the president the most.

"One of his frustrations is you. All of you. Not all of you, but many of you," Kelly said, adding that reporters should "develop better sources."

Kelly, asked by CBS News White House and senior foreign affairs correspondent Margaret Brennan if he brought an "iron hand" to the White House, said that wasn't the case. Kelly said he "just put some organization to it." The chief of staff pushed back against reports from news outlets including the Washington Post that he forces people to get go through him to see the president. Kelly said that people used to approach the Oval Office in "onesies and twosies," and now go to the president collectively to help him reach decisions.

"I restrict no one, by the way, from going in to see him," Kelly said.