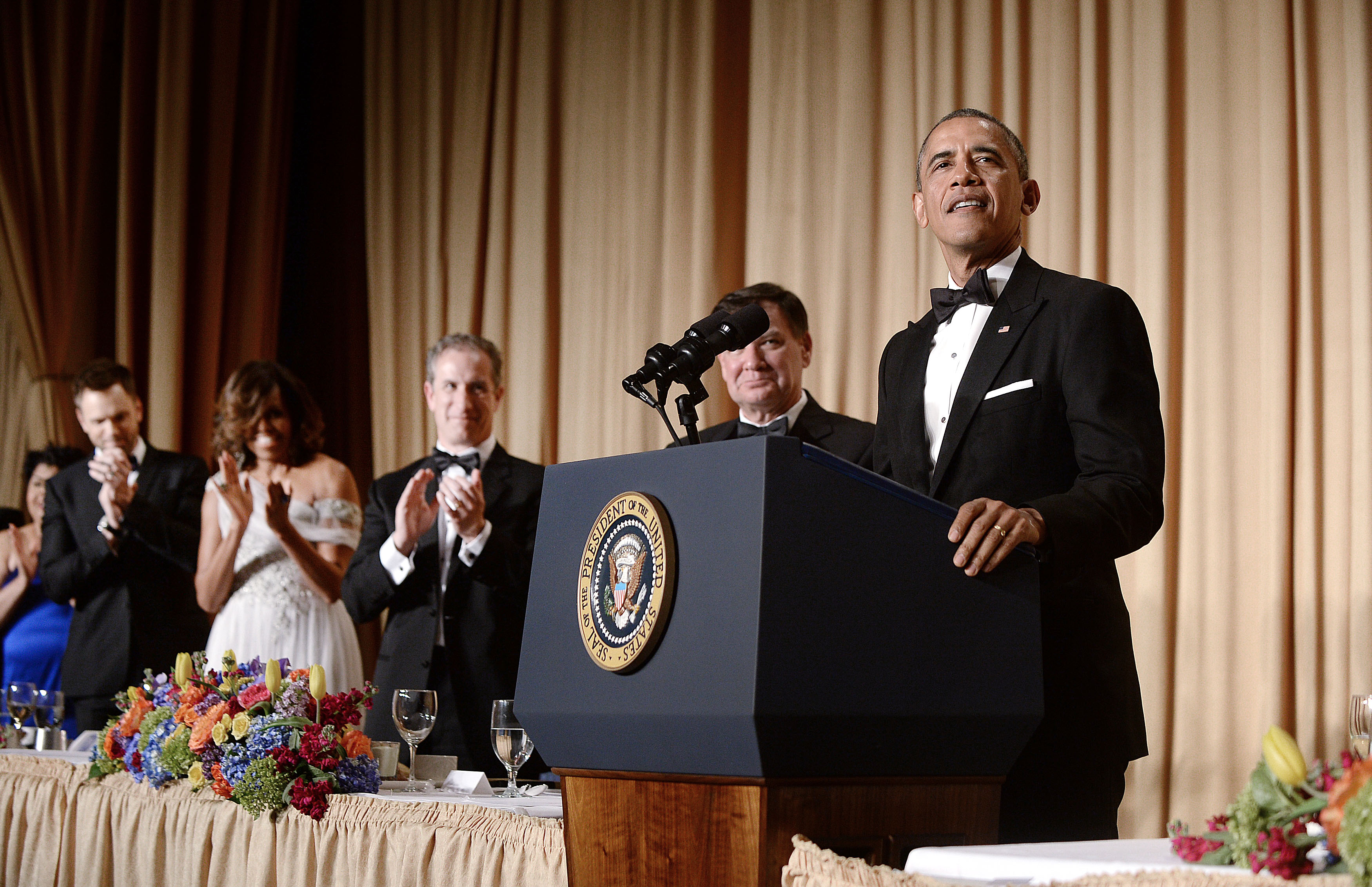 Mr. Obama and comedian Larry Wilmore are expected to deliver their remarks around 9:45 p.m. ET.

Now in the midst of the 2016 presidential campaign, Mr. Obama will almost certainly throw some humorous jabs at Donald Trump and some of the other Republican candidates, which he did last year at the beginning of the campaign. He said, for example, that "Donald Trump is here... still."

With seven years of experience under his belt, and now that it's his last one, Mr. Obama will likely not hold back with his punchlines. Click here for a look back at some of his previous zingers.

Wilmore, host of the "The Nightly Show with Larry Wilmore" on Comedy Central, is the featured entertainer at the annual dinner. He recently told "CBS This Morning" that "you have to" throw some jabs at the president.

"I like Obama a lot. But remember, I only supported him because he's black so I can attack his positions all I want," he joked.

Donald Trump recently said he isn't going to this year's dinner, but a number of other politicians are expected to attend.