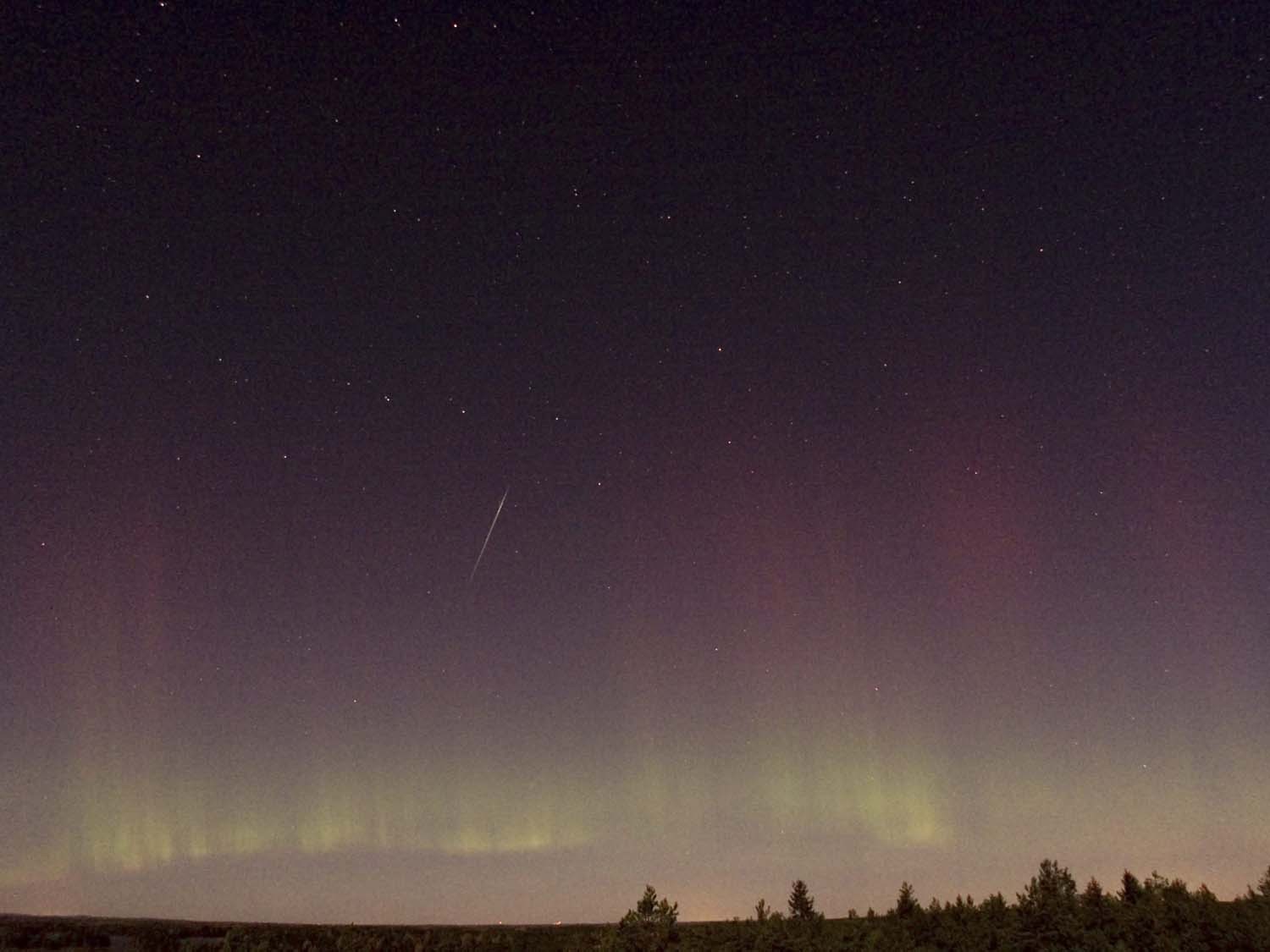 This week, sky watchers will have a chance to spy languid meteors streaming from the mouth of a dragon.

The annual Draconid meteor shower -- named for its apparent source in the head of Draco, the dragon constellation -- is set to peak the night of Thursday Oct. 8 into Friday morning.

Draconid meteors are visible when Earth passes through a stream of dust from the Giacobini-Zinner comet. The showers are considered "occasional," explains Bill Cooke, head of NASA's Meteoroid Environment Office.

"They are either in outburst, with a fair number of meteors, or are so few that the casual observer would not notice them," he told CBS News.

Rates this year are expected to be about 10 meteors per hour. Most of them will be faint, in part because the brightness of meteors is determined by their size and speed, and Draconids are among the slowest of all meteors, hitting the atmosphere at the comparatively leisurely pace of 40,000 mph.

Those in the Northern Hemisphere are best situated to see the show. Try to get away from bright city lights and orient yourself more or less northward. As a point of reference, the dragon constellation slithers its way through the Big and Little Dippers, but you only need to take in the breadth of the sky to see the show. (If you're in the Northeast, you may want to wrap yourself in a blanket.)

In October 2011, as many as 660 Draconids per hour streaked through the sky. The next outburst is projected for 2018, Cooke said.