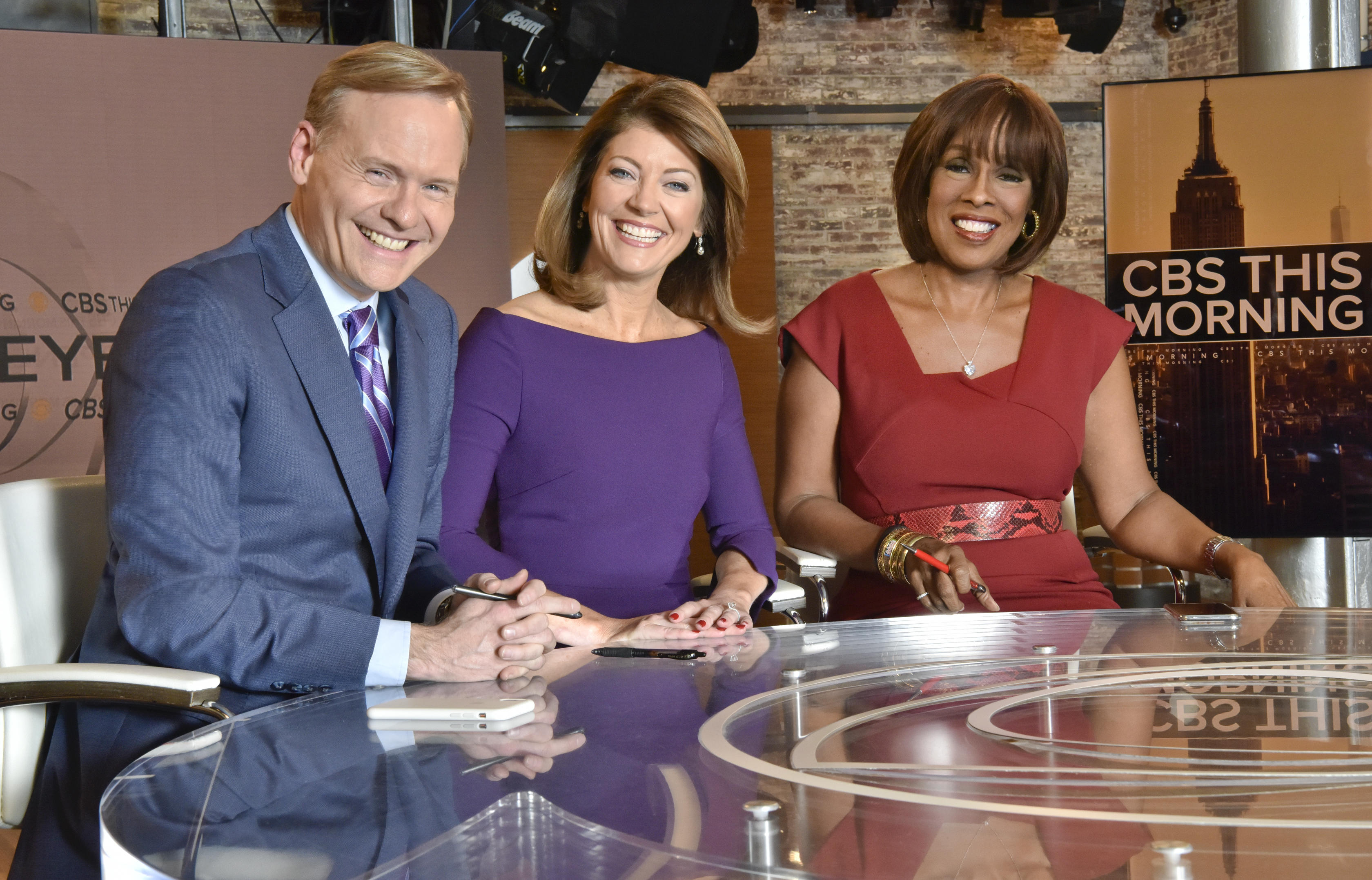 "CBS This Morning" offers a thoughtful, substantive and insightful source of news and information to its audience every weekday. The Emmy Award-winning broadcast presents a mix of daily news, coverage of developing stories of national and global significance, and interviews with leading figures in politics, business and entertainment.

"CBS This Morning" is hosted by Gayle King, Norah O'Donnell and John Dickerson and airs weekdays at 7 a.m. ET/PT on CBS. If you don't have cable or can't get to a television, here are some ways you can stream the show live online:

CBSN is free and available to stream on CBSNews.com on your computer or mobile device; connected TV devices including Apple TV, Amazon Fire TV, and Roku; as well as the CBS News app for Android, Apple and Windows. CBSN airs "CBS This Morning" beginning at 8 a.m. ET most days.

CBS All Access is available on your mobile device, Apple TV, Roku, Amazon Fire TV, PS4, Chromecast and Xbox. This service provides a live stream of your local CBS channel (in most markets) in addition to CBS' on-demand library. CBS All Access offers a  free, one-week trial for new customers. After that, packages start at $5.99/month.

CBS is included in the Fubo Premier channel package for $34.99/month (for the first month) and can be streamed live in select markets. You can watch CBS live on your computer on the FuboTV website, via the FuboTV app on your phone or tablet and connected TV devices including Apple TV, Roku, Amazon Fire TV, Chromecast, and Android TV.

Hulu offers a bundle of live TV channels, including CBS, which is live in most markets. Once you sign up for Hulu with Live TV, you can watch a live stream of CBS on your computer via the Hulu website, or on your phone, tablet or streaming device through the Hulu app. Hulu Live works on connected TV devices including  Apple TV, Roku, Google Chromecast, Amazon Fire TV, some smart TVs,  Xbox One and Xbox 360.

PlayStation Vue offers a bundle of live TV channels starting at $39.99/month, including CBS, which is live in most markets. You can watch it on Apple and Android mobile devices and on connected TV devices including  Apple TV, Roku, Google Chromecast, Amazon Fire TV, PS3 and PS4.

The "CBS This Morning" crew, along with co-hosts Charlie Rose and Norah O'Donnell, surprise Gayle King with a birthday treat