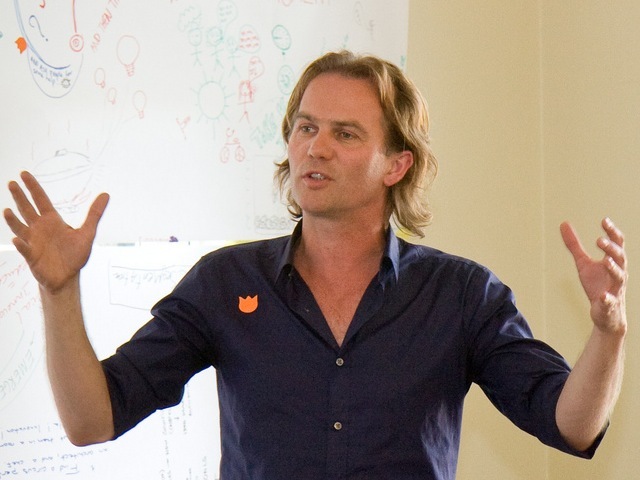 (MoneyWatch) COMMENTARY There's an old saying that my best friend growing up had on a plaque in his room: "If you can't dazzle them with brilliance, baffle them with bull$#*!"

While it's tempting to think that executives and managers know exactly what to do in every situation, the truth is that we all more or less make it up as we go. I'm not kidding.

Take rookie managers. Most are promoted by way of incentive, meaning they're thrown into the deep end to see if they can swim. They have little or no training for a management position and have to more or less figure things out for themselves.

Pictures: 10 best places to retire
How to become a great communicator
7 pitfalls of first-time managers

Even established executives need weeks or months to get a handle on things when they join a new company or are promoted to a new position. In the mean time, they still need to look and act the part, meaning they at least need to sound like they know what they're doing.

If you can't come across like you're capable -- even when you're not -- nobody will have enough confidence in you to put you in charge of a hot project or give you more responsibility. If that's the case, you can kiss any chance of getting promoted or getting ahead goodbye.

Unfortunately, human capability is described by bell curves, meaning the vast majority of us are mediocre when it comes to just about anything. Even stars can find themselves clueless in new situations. Since it's always a good idea for you to at least sound like you know what you're doing, here are five practical and effective ways to do that.

Now, before you get all sanctimonious on me for encouraging people to be cunning and manipulative, let me tell you something. This is how it works in the real world.

This is how Bill Gates got the IBM (IBM) PC business that essentially got Microsoft (MSFT) off the ground. It's also how Steve Jobs got people to buy into a little garage shop called Apple (AAPL). And not that I'm comparing my career to those guys -- it's obviously autobiographical or I wouldn't be writing about it.

Always say, "Sure, no problem." If your boss then asks, "Do you know what to do?" don't flat-out lie and say, "Yes." Just say, "I'm sure I can figure it out. Don't worry, I'll get it done. You can count on me; I won't let you down, ...." yada yada. Just don't go overboard or you'll sound too much like you're trying to convince yourself and it'll backfire, as in the next pointer.

Say very little. When questioned by someone in authority, most of us will babble on until we see some sort of positive response. Don't do that. When it comes to acting like you know what you're doing, less is more. Give a brief answer, look your boss or whoever straight in the eye, and wait. More often than not, they'll give you the same look back, judge your level of confidence, and say, "Fine." But the more you say, the more uncomfortable you'll sound, the less confident you'll look and the more likely you are to dig yourself a deep hole you can't get out of.

Do your homework. Back in the day, whenever I got a new job and had no idea what to do, the first thing I did was spend some time with people who'd been there before and ask them what they would do in my shoes. That way you can at least walk in with a plan. It's amazing how rarely people take advantage of this simple but highly effective way to make a great first impression. It also shows initiative and commitment that you took time to prepare.

Act like a duck. Ducks look so calm and serene from above but, underneath the water, they're actually paddling like they're being chased by alligators. New situations are scary, and it's human nature to be afraid of the unknown, but the truth is that the way you feel isn't necessarily evident to anyone else. So lighten up and stop worrying about how you look and sound. You know, I used to have a terrible fear of public speaking. Inside I was nervous and panicky, and yet nobody ever noticed a thing. Go figure.

Have a sense of humor and humility. The two most underrated leadership traits are humor and humility. People are attracted to it and, for some reason, it makes you seem more confident and capable. Also people will cut you way more slack if you show a little bit of interest in them and don't take yourself so seriously or come off like an egotistical jerk. That alone will buy you more time and open people up so you can get the lay of the land.

Got any tips for how to come across like you're on top of things when you're not?