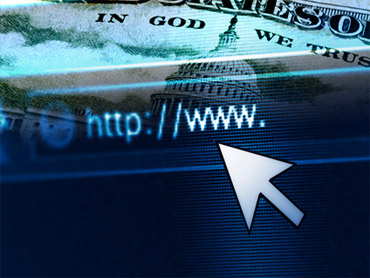 Spend a few minutes online and chances are you'll be offered a free trial offer for anything from diet pills to teeth whiteners.

The Better Business Bureau is now warning consumers to beware after complaints from thousands of people who say those so-called "free trial" offers wound up costing them hundreds of dollars in charges on their credit cards.

On "The Early Show on Saturday Morning," Katie Linendoll, a technology expert, explained how you can avoid those deceptive online ads.

So what should be on the look out for?

Linendoll said, "Chances are you come across these work from home, make thousands of dollars. Ninety-nine percent of the time they are false. And it makes me so mad, especially now when times are tough and people are looking for jobs it is a false sense of hope. What is really scary, if you get yourself into one of niece scams even though you are -- the trick is on you -- you can actually be prosecuted, too. Think about that the next time you see something that may be promising. It's not."

"Early Show" co-anchor Rebecca Jarvis added, "You can be prosecuted, because in some cases you are sending the word out to other people and getting them hooked on the scams."

Linendoll said people should also be wary of "work from home" ads and product trials.

She said, "People are finding teeth whiteners, they are acai berry for $1.99, they're taking their credit card and then they're charging them thousands of dollars later. So they think it's this great offer. It's not."

Linendoll showed just how easy it is to create your own fake ad online.

"It was so easy to create," she said. "Anyone could create this. Earn a thousand dollars a week with data entry, work from home, flexible hours, pair with a reputable agency. Ten minutes, Photoshop, incredibly easy."

Other ways to see that an offer is too good to be true can also be seen in the format and grammar of the ad, according to Linendoll. She said excessive exclamation points, dollar signs, capital letters, bold words, as well as the words "special offer" and the font comic sans often indicate unprofessional ads.

Linendoll said calling the phone number on the website is also a way to find out if the deal is real.

She said, "Call, if there is a number there, call and be annoying. Ask lots of questions. A lot of these companies are based overseas. They want to work only through e-mail and you to go back and forth and want to wire transfer and want your credit card. You can never get anybody on the phone. If you can, be annoying. A lot of times they are saying 'Give us $100 and we'll give you a starter kit and the money will be rolling in.' Guess what: Next time you call, they are out of business."

Jarvis added, "When they ask for your credit card, don't give it. And certainly you shouldn't have to pay for a job, right?"