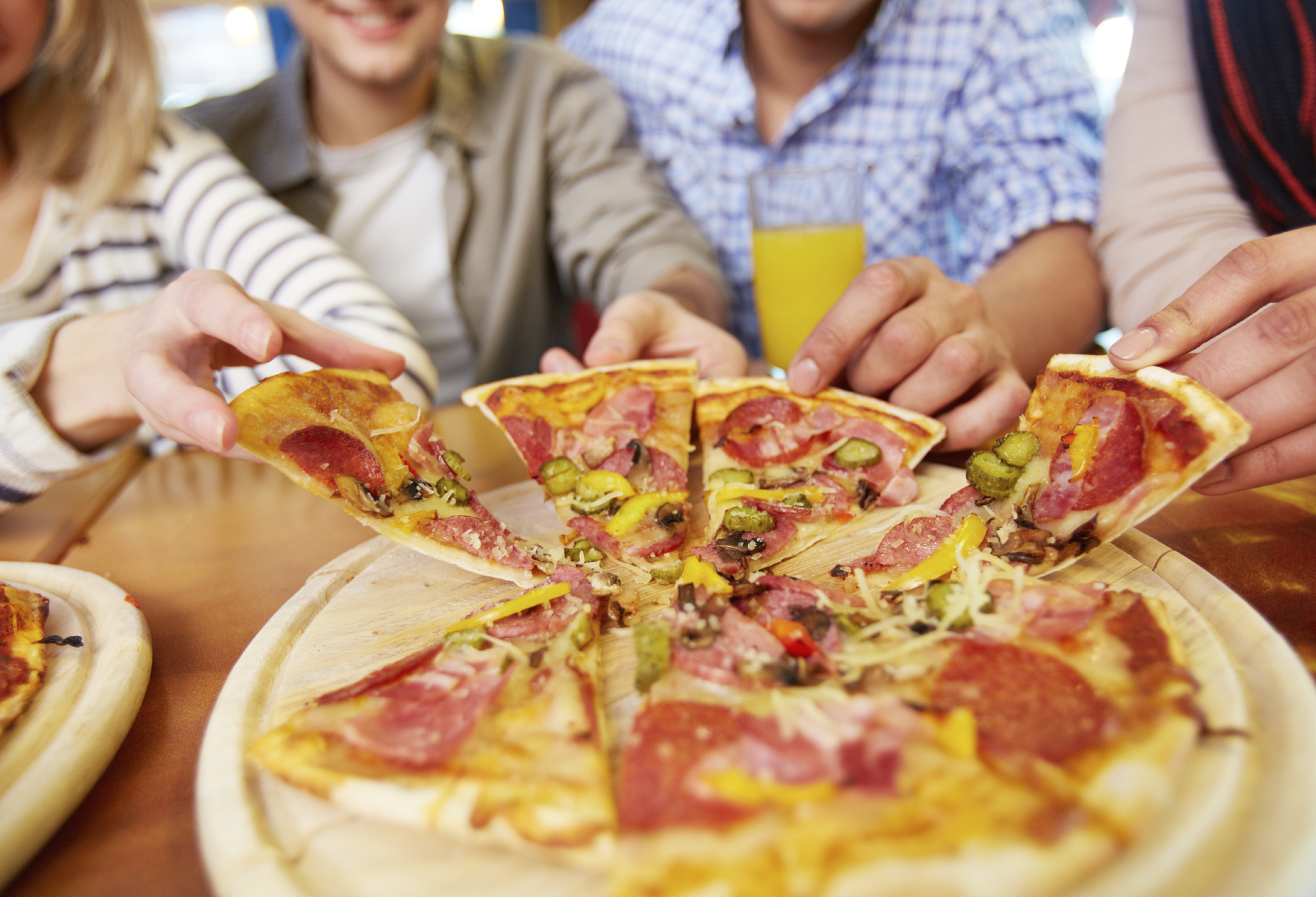 When it comes to how much we eat, the gender of our dining partners may play a bigger role than appetite, especially for men.

A new study from Cornell University's Food and Brand Lab looked at behaviors around food among men and women when they were eating with people of the same and opposite genders. The research yielded some interesting findings.

Men in the study ate significantly more food in the company of women than when they were dining with men.

"'Eating lightly' among women has been well-studied in the past -- the idea is that women tend to eat less in the company of men," lead study author Kevin Kniffin, PhD, visiting assistant professor at Cornell University, told CBS News. "Our article looks at the opposite question and finds evidence that men tend to 'eat heavily' in the company of women."

For the study, researchers observed 105 adults who ate lunch at an all-you-can-eat Italian buffet over a period of two weeks. They recorded how many slices of pizza and the number of bowls of salad each person ate, as well as the gender of each of their dining partners. The participants ranged in age from 18 to 81.

Before leaving the restaurant, the researchers asked the diners to fill out a survey asking about their level of fullness after eating and their feelings of hurriedness and comfort while eating.

Though the study didn't look at why these men ate more around women, the researchers have a theory.

"The evolutionary psychology view that we test through the new study relies on an understanding that people have an evolved tendency to 'show off' in front of others, whether it's for dominance and/or to show a kind of attractiveness," Kniffin said. "For example, there is prior work that looks at men eating spicy food as a way to 'show off,' and our new article looks at actual volume of food consumed -- both healthy and unhealthy food -- as a way to 'show off.'"

Women in the study ate the same amount when eating with other women or with men, a finding that contradicts previous research. However, when they ate with men, many women noted that they felt like they overate and were rushed through their meal -- even though there was no evidence that they actually did overeat.

"That's a new subtlety that we present in relation to the idea that women 'eat lightly' in the company of men," Kniffin said.

Lori Rosenthal, a registered dietitian who specializes in weight management at Montefiore Medical Center in New York City, said the results make sense. "These findings are not entirely surprising," she said. "Eating has a social component and with that comes societal influences."

Still, the results are important for several reasons. First, while the eating habits of women have been well-documented in the past, little has been done on the habits of men.

"Disordered eating among men hasn't been studied closely in previous research -- and we approach over-eating as a kind of disordered eating," Kniffin said.

The researchers also say that it's important for people to be aware of these habits so they can make an effort to change them.

To slow down, Rosenthal recommends being mindful of of why, what, where and how much we eat.

"If we are unaware of our unhealthy habits, breaking them proves to be impossible. Being aware of our surroundings, developing healthy habits and listening to our body all play a role in weight management and portion control," she said. "When we take the time to chew, taste and savor our food, regardless of your surroundings, we naturally eat less and enjoy our meals even more."