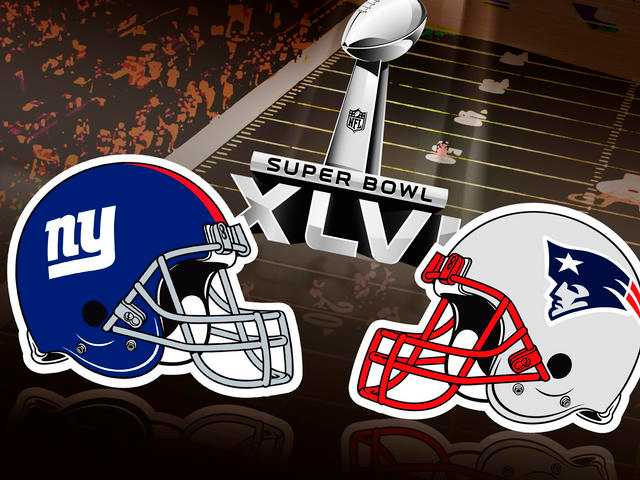 NEW YORK -- Companies hope you'll be gabbing about their Super Bowl ads on Monday morning. But the ultimate score is if those conversations continue throughout the year.

The Super Bowl is an advertiser's biggest stage (more than 111 million fans are expected to tune in this year.) It's also an advertiser's biggest gamble (a 30-second spot costs $3.5 million.) Marketers are willing to take the risk, though: a successful ad can generate buzz well after the game for the companies, products and people who star in them.

"If you do it well, it has the opportunity to set your company straight or change the direction of your company," says Allen Adamson, a managing director at brand consulting firm Landor Associates. "You'll never get all those people in one room again until next year."

Here are three of the most talked-about ads from last year's Super Bowl and what happened to the companies that created them:

May the force be with you

Volkswagen's ad last year had everything to grab your attention: a cute, little boy, a retro theme, a funny plot.

The German automaker charmed millions of viewers with a "Star Wars" themed ad for its redesigned 2012 Passat sedan. The commercial shows a young boy in a Darth Vader costume trying unsuccessfully to use "The Force" on a doll, washer machine and even his pet dog. Finally, he thinks he's done so when his dad uses a remote to start the Passat. The boy is shocked.

Volkswagen took a gamble by releasing the spot before the game -- something most advertisers didn't do last year. But the move paid off: the ad quickly became a viral hit on video-sharing website Youtube, with 49.4 million views since. And it came in No. 3 on USA Today's Ad Meter, which ranks Super Bowl commercials. (The top two ads, tied for first, was a Bud Light ad showing dogs catering a party and a Doritos spot featuring a pug that knocks down a man who taunts him with the chips.)

The ad also helped tout the new sedan. The Passat went on sale in the summer and has been a popular seller for Volkswagen in the U.S. In December, for example, volume sales of the sedan more than doubled to nearly 23,000 for the year.

And the 6-year-old boy in the ad, Max Pagehasm, became a celebrity. After the ad aired, Max, who was also part of the cast of "The Young and the Restless" soap opera, appeared on NBC's "Today" show and MSNBC.

For its part, Volkswagen is revisiting its Star Wars motif during Sunday's game, only this time with an ad for its Volkswagen Beetle. The carmaker has released a "teaser spot" for its commercial that shows dogs dressed as Star Wars characters barking "The Imperial March." It has already gotten 10 million views on Youtube.

Then, on Wednesday, the company released online a 75-second version of the 60-second Super Bowl ad that shows a dog losing weight so he can chase after a Beetle. Then it cuts away to show aliens in the Cantina from "Star Wars" discussing the ads.

Volkswagen's thinking: why depart from a proven formula?

While many Super Bowl ads use humor, kids or animals to tug at the heartstrings, Chrysler took an altogether different approach with its cinematic "Imported from Detroit" spot to roll out its 200 sedan.

Set to a pulsating beat from Eminem's "Lose Yourself" song, the ad shows gritty footage of the hip-hop star driving the 200 through the streets of Detroit, past city landmarks, historic homes and of course, people. The ad ended with Eminem on stage in front of a humming choir with the message: "This is the Motor City, and this is what we do."

The ad, which paid homage to Detroit's automotive history, resonated with people immediately. It tied for the third most popular Super Bowl in a ranking by Michigan State University. (The Volkswagen ads, the one starring the mini-Darth Vader and another with an animated Beetle got the top spots.) Since then, the Chrysler ad has been viewed 14 million times on Youtube.com.

The "Imported from Detroit" slogan caught on, too. The term has become popular among Detroiters. It has been plastered on T-shirts and hats, helping Chrysler's online store sales to more than double. And about a dozen people have started Facebook groups using the tagline.

Larry Callahan's Selected of God choir, the Detroit group that co-stars in the ad, also gained popularity. The choir has since created a music video for the song, and it's been viewed nearly 390,000 times since the end of July. It's also available on iTunes. And a new full length CD is due out in March.

But it seems the ad did more for the city of Detroit than Chrysler. After the ad hit in February, the number of 200s sold jumped four-fold from the previous month to more than 3,000. But overall, only about 87,000 were sold last year. By comparison, the top-selling car in America, the Toyota Camry, sold more than 300,000.

This year, Chrysler has one 60-second Super Bowl spot. It hasn't released any details about the ad, but it's not expected to be as big of a hit.

Not so funny after all

In one ad, for example, actress Elizabeth Hurley lamented deforestation, but then discussed a deal on a Brazilian wax. In another, actor Timothy Hutton appears to be talking about the crisis in Tibet, but instead raves about a Groupon deal on Tibetan food.

"The people of Tibet are in trouble," Hutton said in the ad. "But they still whip up an amazing fish curry."

All ads pointed viewers to www.savethemoney.org, which encouraged visitors to donate to each of the charities related to the causes in the ads. But that wasn't clear to everyone who say the commercials.

A Tibet human rights organization called Free Tibet called the ad about Tibet exploitative. And Alterian, a firm that measures online activity, said it was among the five most-discussed ads online on sites such as Facebook and Twitter, but the buzz was negative. Meanwhile, it didn't score high on any ad popularity polls.

Groupon later said it had trusted its advertising agency too much. It would up pulling the ads a week after the Super Bowl, and ending its relationship with CP+B.

Since the ad flap, the Chicago-based firm became a public company in November. The company's stock has been volatile since then. Its shares, originally priced at $20, have traded in a range of $14.85 to $31.14.

This year, Groupon is sitting out the Super Bowl.