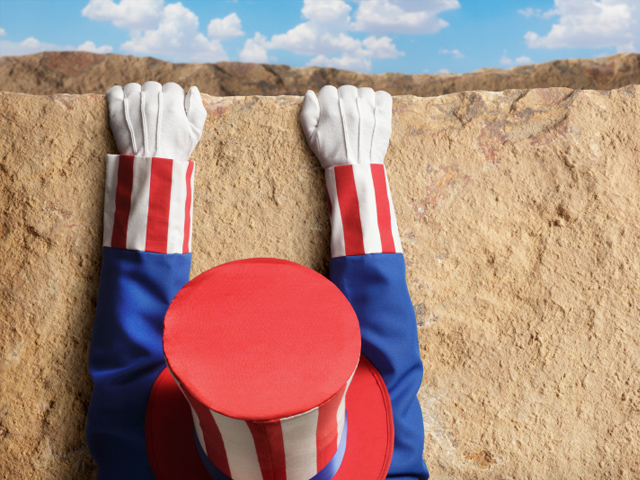 (MoneyWatch) As part of the "fiscal cliff" negotiations, one controversial proposal for cutting entitlement spending and reining in medical costs for seniors is to raise Medicare's eligibility age from 65 to 67. Yet while it might seem obvious that restricting eligibility for these federal health care benefits will hold down future Medicare costs, that approach could have unintended, and unforeseen, consequences.

We have seen a range of ideas for reducing Medicare spending in recent years, including plans from the Obama administration, Simpson-Bowles deficit-reduction commission and Rep. Paul Ryan, R.-Wis., among others. These proposals would phase in the increase in the eligibility age over periods of up to 25 years and exempt from changes people currently in their mid-50s or early 60s. As a result, the financial impact of such proposed changes will only be realized years down the road.

Still, as President Barack Obama and House Speaker John Boehner try to hammer out a fiscal deal before Bush-era tax breaks expire and government spending cuts take effect in January, the debate continues to rage over whether up the age threshold for Medicare.

Arguments for raising the Medicare age

In looking at the costs of the Medicare program alone, it's obvious that if 65- and 66-year-olds aren't eligible for coverage, then Medicare will have lower costs compared to what they'd be if these people were covered. For example:

Advocates for this approach argue that it makes sense to increase Medicare's eligibility age to correspond with the scheduled increase in age, to 67, for people to collect their full Social Security benefits. People are living longer, the argument goes, so it's only fair that the Medicare eligibility age rise accordingly.

In defense of raising the eligibility age, supporters also say that uninsured people ages 65 and 66 would be able to buy insurance through health care exchanges starting in 2014, as required by the recently enacted Affordable Care Act (known more commonly as "Obamacare"). Low-income seniors can receive subsidies for coverage under the ACA or are eligible for Medicaid.

Arguments against raising the Medicare age

Here's where the law of unintended consequences kicks in. If Medicare raises its eligibility age, the medical costs for seniors ages 65 and 66 don't disappear -- they're simply shifted somewhere else. Consider:

Critics of the idea to raise the Medicare eligibility age point out that it's still uncertain if seniors would be able to obtain or afford coverage in the state-run health care exchanges under the ACA. One study indicates that raising the age threshold could increase the number of uninsured by 435,000 even if the ACA were to be fully implemented. Another article estimates that more than 1,200 seniors ages 65 and 66 would die each year as a result of increasing the number of uninsured, since people without health insurance tend to forgo or delay receiving critical medical treatment..

In addition, the Supreme Court's ruling on the ACA last summer made optional the law's requirement to expand Medicaid to include people who earn up to 133 percent of the poverty level (defined as annual income of $14,856 in 2012). So far, nine states have indicated that they won't expand Medicaid coverage. As a result, seniors in those states may not be able to obtain coverage through Medicaid.

Finally, opponents of the age hike point out that it is mostly middle-class and affluent people who are living longer, bypassing lower-income and blue-collar workers. Raising Medicare's eligibility age would disproportionally harm these seniors.

Interestingly, in her Journal op-ed arguing in favor of raising the Medicare age, MacGuineas acknowledges that Medicare costs less than private insurance and concedes that shifting citizens from Medicare to private insurance would  increase costs. This is just one instance supporting the notion that cost controls implemented recently by Medicare are working.

As these dueling arguments demonstrate, there are two broad perspectives on Medicare:

1. Medicare is a retirement program. This perspective supports increasing Medicare's eligibility age, underscoring that people are retiring later in their lives and living longer.

2. Medicare is a program of universal medical coverage for seniors, regardless of whether or not they're working. This perspective supports keeping the Medicare eligibility age at 65, due to lower program costs and the social goals of taking care of our senior citizens.

Making the fight over Medicare even more complex is that it is not only about these competing visions. More fundamentally, it is rooted in an age-old debate in this country over the proper boundary between government and private enterprise. That suggests the battle over Medicare and other social services geared to America's seniors is likely to continue no matter what fiscal deal Washington thrashes out.

Is $1 million what you need to retire?
Steve Vernon