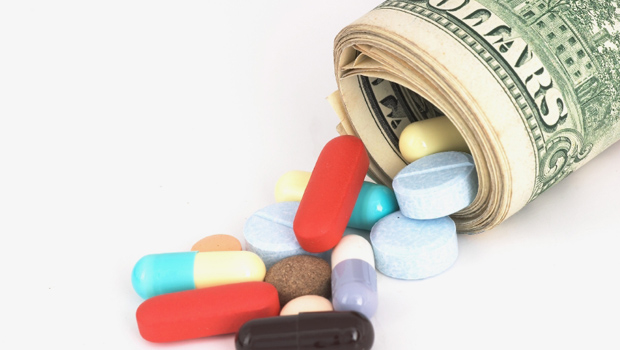 Millions of Americans are being informed they're being dropped from their insurance plans because the plans don't meet minimum Obamacare standards, but President Obama so far has stood by his promise that "if you have insurance that you like, then you will be able to keep that insurance."

Insurance plans that existed on the individual market before the passage of the Affordable Care Act were "grandfathered" in, the president and his supporters have argued, and consumers only lost coverage if insurers altered those policies after the law took effect. In that case, Mr. Obama said last week, insurers had to "replace them with quality, comprehensive coverage."

In any event, the administration argues, the promise still applies to the vast majority of people.

"If you're one of the 80 percent of Americans who is insured or covered through an employer plan or through Medicare or Medicaid, or the Veterans' Administration, there is no change for you except for an increase in benefits that everyone receives as a result of the Affordable Care Act," White House spokesman Jay Carney said Tuesday.

Yet in the years to come, some workers with employer-provided benefits will see their benefits scaled back because of an Obamacare tax. That portion of the law -- known as the "Cadillac tax" -- isn't set to take effect until 2018, but it's already influencing the benefits packages that employers offer.

"Every employer plan since the passage of the health care law has been working to make sure their health care cost trends keep their plans under the 'Cadillac tax,'" Steve Wojcik of the National Business Group on Health, a nonprofit that represents large employers, told CBSNews.com.

The administration's argument for the individual market applies to the employer-based market: No one with health insurance should expect to keep their current plan forever.

"The expectation was never there that a plan is going to be set in stone for any length of time," Wojcik said. "Plans should adopt to new evidence and new benefits practices -- they shouldn't be set in stone... We've wanted to do something about health care costs growing out of control."

That said, Wojcik added, the "Cadillac tax" is "bringing more immediacy" to the issue, prompting employers to scale back plans they wouldn't otherwise, "with the 2018 deadline looming."

"The clear expectation was and is that the 'Cadillac tax' -- the tax on high-cost health plans -- will cause those [employers offering] highly generous plans to pare back benefits somewhat so that they won't be subject to the tax," Paul Van de Water, a senior fellow at the Center on Budget and Policy Priorities, explained to CBSNews.com. "It's not going to affect a large number of people to begin with, but it is significant in the longer run in terms of its potential to hold down health care costs."

The impact of the tax is concerning to labor groups that have fought with employers for good benefits.

"Yes, if you like your plan, you can keep it, unless you have great benefits," Lindsay McLaughlin, legislative director for the International Longshore and Warehouse Union, told CBSNews.com.

During the health care debate, unions managed to persuade lawmakers to delay the implementation of the tax, so there's not much union pushback against it now. McLaughlin said there's still a concerted effort to replace the tax with something else, but "there's going to have to be more unions coming out and saying this is unfair to employees who want to keep the health care that they have. The tax effectively takes that away."

The Obama administration argues that, if anything, the Affordable Care Act makes it easier for employers to offer their workers health coverage, not harder. For one thing, small businesses will be able to get insurance for their employees on the new Obamacare marketplace. On top of that, the administration says, the law is helping keep health care costs down.

"Since the Affordable Care Act became law, health care costs have been slowing and premiums are increasing by the lowest rates in years," Health and Human Services (HHS) Department spokeswoman Joanne Peters told CBSNews.com. "The law is making it easier for businesses to offer coverage, just like it did in Massachusetts when employer coverage increased after reform passed."

Still, the "Cadillac tax" is one of the tools in the Affordable Care Act designed to bring down costs -- by encouraging people to cut down on unnecessary health care expenses.

In 2009, Mr. Obama explained to NPR, "I'm on record as saying that taxing 'Cadillac' plans that don't make people healthier, but just take more money out of their pockets because they're paying more for insurance than they need to, that's actually a good idea and that helps bend the cost curve. That helps to reduce the cost of health care over the long term. I think that's a smart thing to do."

Employers are taking a number of steps to lower their cost of coverage ahead of the tax's implementation, Wojcik said, such as stepping up wellness programs, narrowing provider networks, encouraging the use of non-physician health care providers for basic care and increasing cost sharing.

"If employees have more cost sharing not in terms of premiums, then they're more mindful when they access health care to choose a more efficient provider or say, 'You know, I don't need to go to the doctor every time I have a cough," Wojcik explained.

McLaughlin said his organization is skeptical of that theory. Furthermore, he said, that's beside the point -- employees want good benefits. Whenever the ILWU negotiates a contract he said, its members always prioritize a strong benefits package.

"For as long as I've been working here, no takeaways on health and welfare benefits seems to be at the top of the list," he said. "I don't buy the argument our members are over-utilizing the system... I don't know many people who enjoy sitting in doctors' offices."

When Trader Joe's decided to eliminate health insurance for part-time employees, the company said it would instead cut those workers a $500 check. Wojcik said he hasn't seen any other evidence so far of employers substituting higher wages for health benefits.