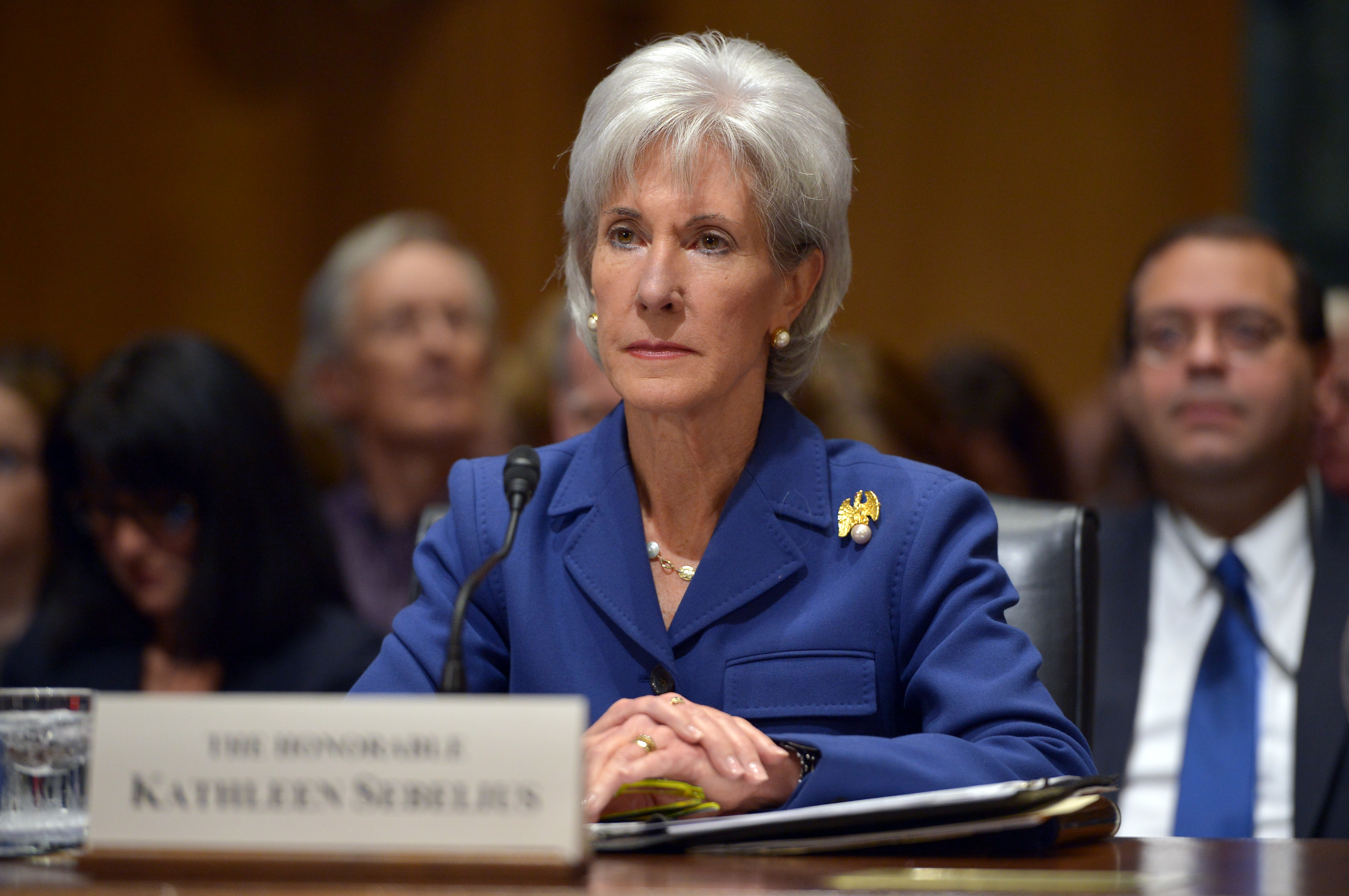 Health and Human Services Secretary Kathleen Sebelius on Wednesday told Congress that it isn't worth delaying the implementation of new Obamacare rules, or taking down the botched HealthCare.gov website, in spite of the ongoing problems.

"Delaying the Affordable Care Act wouldn't delay people's cancer or diabetes or Parkinson's," Sebelius testified to the Senate Finance Committee. "For millions of Americans, delay is not an option."

She stressed that the open enrollment period for the new Obamacare insurance marketplace lasts through the end of March. "There's plenty of time to sign up for the new plans," she said.

Sen. Mike Crapo, R-Idaho, argued the problems go beyond HealthCare.gov's functionality. "Isn't it time for a time out so we can go in and find out why?" he asked.

Sebelius pointed to the several other aspects of the sweeping health care law that are already benefitting people, such as the rule allowing 7 million young adults to stay on their parents' insurance plans, the rule helping seniors cover the cost of the Medicare "donut hole," and the rule eliminating copays for preventive care. She also pointed out that premiums on the new Obamacare marketplace are lower than they were predicted to be.

She told Crapo she would "respectfully disagree" with his assessment that Obamacare isn't working.

"Why not shut down and do it right?" Baucus asked, instead of "limping along."

Sebelius acknowledged that it has been a "miserable five weeks" since HealthCare.gov launched on Oct. 1, but she said that the administration's team and outside experts have both said that taking the site down wouldn't be worth it. Those experts said that some improvements should be made while the system is running, while others should be done during routine maintenance outages.

"Given the fact the various fixes -- particularly functionality fixes -- the code has to be written in batches, it's been advised you don't gain much for taking the whole system down for a week, a couple weeks," she said.

Sebelius added that experts have run "a series of diagnostics, looked at the entire system and determined that HealthCare.gov is fixable and it isn't fatally flawed."

Already, she said, there are noticeable improvements. While some pages on the website on Oct. 1 took as long as eight seconds to load, the site now loads in less than a second. While many consumers initially saw a blank screen after finishing the application process, they now see if they're eligible for financial assistance.

Sebelius also told Sen. Orrin Hatch, R-Utah, that the administration was aware of the security risks at the time of the site's launch but the decision to proceed was sound. "No one suggested that the risks outweighed the importance of going forward, including our independent evaluator, Mitre," she said.

The administration has promised to bring the website up to speed by the end of November, and Baucus told Sebelius that "there's no room for error" there. "You must meet, and I'd prefer you beat, that deadline," he said.

A number of Republicans pushed Sebelius on the president's promise that those who liked their coverage before the Affordable Care Act became law could keep that coverage. That promise seemingly broken, now that millions are being dropped from insurance plans that no longer meet minimum coverage standards set by the health law. The administration has stood by the law, arguing that consumers have only lost coverage if insurers altered their policies at all after the law took effect.

Hatch, however, said that Mr. Obama's promise, "to put it bluntly, is simply untrue." Multiple senators questioned Sebelius about the fact that the White House's own economic impact analysis predicted a significant portion of existing plans would have to be canceled.

"The president's promise was in the law from the day it was written and that is the grandfather clause," Sebelius responded. "They didn't have to come into compliance with anything in the law."

As for the economic impact analysis, Sebelius said the analysis was "was not a projection of what was going to happen in 2014," but rather a look back at prior "churn in the marketplace."

Along with Sebelius, Mr. Obama himself will also come to the health law's defense on Wednesday in Dallas, Texas. The president is traveling there to visit Temple Emanu-El and meet with "navigators" -- individuals tasked with helping people in their community sign up for insurance on the new marketplace.

Earlier in the week, Mr. Obama defended the law in a speech to a gathering of volunteers for Organizing for Action, the grassroots offshoot of his powerful network of campaign supporters.

"I have run my last political campaign," he said Monday at the Washington, D.C. event. But, he added, "I've got one more campaign in me. The campaign to make sure this law works for every single person in America. And I'm asking for your help."