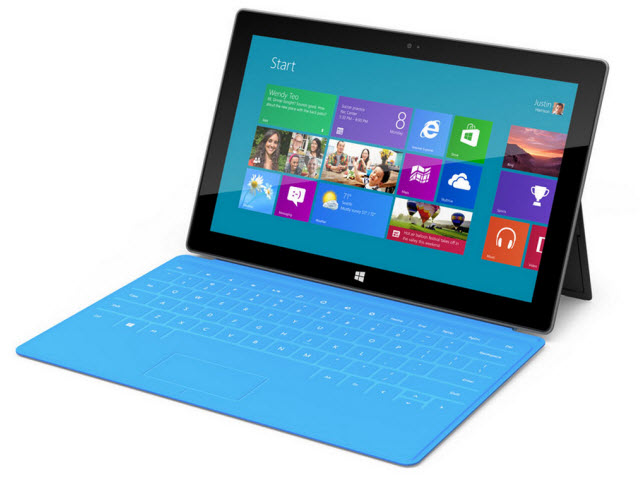 (MoneyWatch) COMMENTARY There are new rumors about the potential pricing of the Surface tablet from Microsoft (MSFT). On one hand, a Swedish site suggests that the device could run more than $1,000. And then Engadget reported a $199 final price for the Surface.

For various reasons, the upper bound seems literally over the top. And a number of pundits and market watchers are doubting the $199 price. But the concept of selling Surface at a loss? Don't bet against it at all, as it would be in keeping with strategy Microsoft has used before.

The $1,000 price seems self-defeating and unlikely when you remember Microsoft said that price would be comparable to an ARM-based tablet or Ultrabook. Given the way tablet and Ultrabook prices are coming down, you might expect a $600 top range. Any higher and the Surface -- whose brief actual exposure to reviewers generated some early healthy respect -- would become a marketing joke borne of arrogance. Microsoft is likely too worried about the current state of where the computing market is going to make that type of mistake.

And the low end? Peter Bright at Ars Technica makes the argument that Microsoft could sell Surface at $199, either through taking the loss or somehow subsidizing the price in another way, as the $99 Xbox 360 requires an Xbox Live account at $15 a month for two years. Microsoft will also get a cut of all software selling through the built-in Windows store.

Bright then continues to argue that the action would only antagonize still needed PC manufacturing partners and drive them to Android, and possibly trigger antitrust actions. The move would also permanently peg the price that low. I'd add another possible argument against: That the low price would effectively devalue desktops, laptops, and tablets across the board, undercutting already low prices.

Although Bright is right about how Microsoft could afford to sell a steeply discounted Surface, I think his list of downsides is not on the money. Android? Sure, manufacturers could move there, but it's not as though they haven't tried and found it financially wanting. And what are they going to do? Wait for corporations to standardize on Google's (GOOG) operating system? There are too many problems for the corporate market, which is an immensely important one for the hardware companies. Antitrust? Probably not, given that in the tablet market, Microsoft is barely a blip at the moment.

In addition, Microsoft has already shown with the Xbox game console its willingness to deeply discount to buy market share. When the first one came out, Microsoft was losing about $125 a unit, according to some inside information at the time. For years, the gaming division racked up huge losses and that was fine with Microsoft, which saw consoles as an important way to get into the living room.

Microsoft is a company that plans very far ahead. The Xbox moving is beginning to pay off, with the device having become an important channel for streaming video and music. The loss was a long-term investment. And Microsoft is perfectly capable of doing the same thing today.

So, $199 might be too low, other than a possibly short-term introductory offer to get people buying. But don't rule out a long-term $300 to $500 price range, coming in just under Android tablets, knowing that with enough volume over time, the manufacturing costs will come into line.