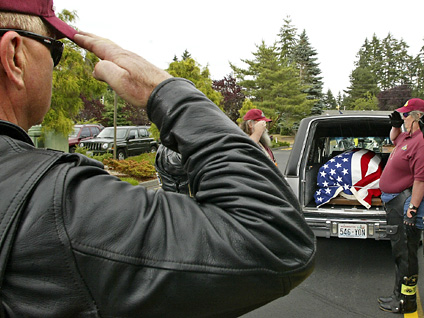 Dr. James Rippe, a cardiologist and founder and director of Rippe Health Assessment, makes it his job to measure fitness and survival. He says no matter how out of shape you are, just a little bit of effort goes a long way.

On The Early Show's "Crossroads" series, he talks about stress tests to measure fitness.

The latest information shows cardiovascular fitness more powerful as a predictor of death than age, cholesterol, high blood pressure, or cigarette smoking. The way to measure it is through oxygen consumed by the body during a treadmill stress test, a test that previously used mainly to test for heart disease.

A recent study in the New England Journal of Medicine looked at more than 6,200 men who had stress tests, and analyzed one measurement that we normally doesn't get much attention. That number - known as a MET - describes our fitness level as it relates to our oxygen consumption. When you go in for a stress test, you get a number that gives you your exercise capacity, or your maximum workload, in METs.

If you have MET levels five or below, your chances of dying are twice as great as people who have MET levels of eight or above. If you take those at the very lowest level and compare them to those at the very highest, there's a fourfold difference in survival prediction. In other words, our MET level from a stress test is a huge and important predictor of how long we're going to live, our chances of survival.

The good news is that fitness is highly modifiable with a relatively small effort. You can reliably increase aerobic capacity by 15-30 percent just by walking 30 minutes per day over three to six months.

The bottom line here is that inactivity is hazardous to your health, and all you need to do at the very least is get out and walk.

There are continued benefits as you increase fitness levels. Every physician in America ought to be discussing physical fitness with every patient they see. Physicians had primarily focused on the treadmill stress test as a diagnostic test for heart disease. Now, it seems clear, we should focus on them as fitness tests.

Inventions By Women, For Women