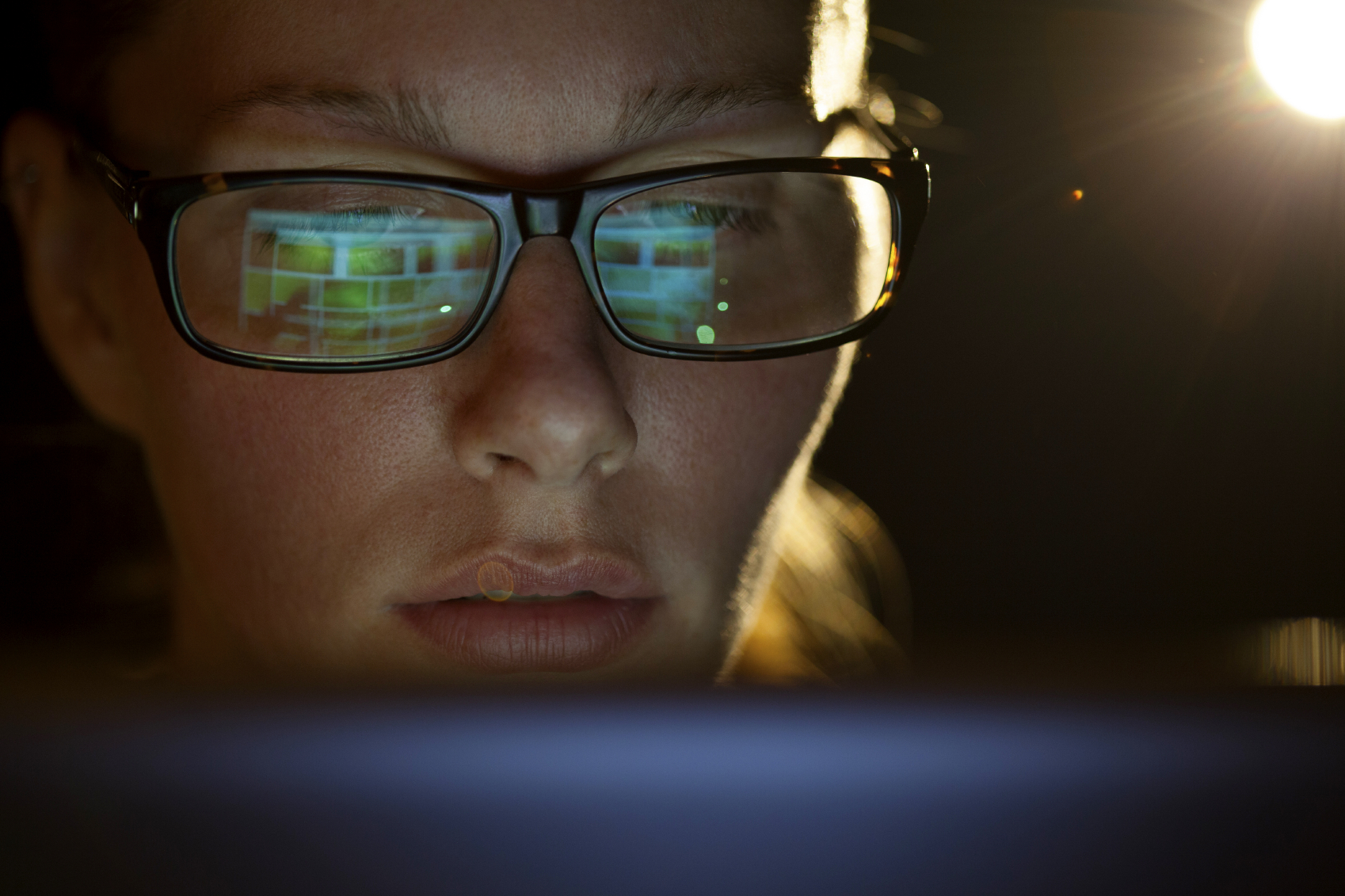 If you're a modern consumer in the U.S. these days, chances are you experience digital eye strain fairly regularly.

According to a new report by The Vision Council, 65 percent of Americans experience digital eye strain symptoms, such as dry, irritated eyes, blurred vision, eye fatigue, neck and back pain, and headaches, from gazing at a digital screen. Everyone reading this on their computer, tablet or smartphone is potentially at risk.

"The human eyes weren't designed to spend 10 to 12 hours a day looking up close, so it's a relatively new phenomenon," Dr. Jessi Lee of Park Slope Eye told CBS News.

The Vision Council's survey of 10,000 adults found that nearly eight out of every 10 Americans who suffer from digital eye strain use two or more devices simultaneously.

Prolonged periods in front of screens appear to exacerbate symptoms, and 96 percent of those surveyed spend two or more hours each day using their devices.

"Digital eye strain is an issue which many individuals experience, but don't realize they have or don't know how to describe it," Dr. Justin Bazan, medical advisor to The Vision Council, told CBS News. "And with the rise of the 'second screen' or use of multiple devices simultaneously to do activities like binge watch a show on a laptop while looking at social media on a smartphone, we're seeing this habit is linked to increased risk of digital eye strain."

Other factors that can affect digital eye strain include how close you are to the screen, the frequency and duration of use, and the degree of exposure to blue light emitted by video screens.

The report found that adults under the age of 30 experience the highest rates of digital eye strain, with 73 percent reporting symptoms. Women are more likely than men to use multiple devices simultaneously and are more likely to report back and neck pain.

Sixty-five percent of children and teens spend two or more hours per day on a digital device, even though 77 percent of parents report being somewhat or very concerned about the impact of devices on children's eyes.

Older adults aren't immune either. The report showed that more than 30 percent of men and women aged 60 and older have had prolonged use of digital devices -- considered two or more hours per day -- for more than 15 years.

While many Americans have concerns, 90 percent of those surveyed said they did not talk with their eye care provider about their digital device usage.

Experts say there are steps you can take to protect your eye health. Limiting screen time as much as possible is an obvious answer. For children and teens, the American Academy of Pediatrics recommends they engage with entertainment media for no more than one or two hours per day to help ward off a number of health problems, including attention problems, school difficulties, sleep and eating disorders, and obesity.

However, with the demands of busy work schedules, many adults may not have the option to limit their time in front of screens.

One option, he suggests, is to use what's commonly referred to as "computer glasses," a new lens technology that protects eyes from blue light, glare, and other environmental stressors. These lenses can be purchased with or without a prescription.

Lee said you can help prevent digital eye strain by using the 20-20-20 rule. "For every 20 minutes that you're working up close, take a 20 second break to look at something 20 feet further away," she said. "And that just allows your eyes to refresh and start back fresh."

The American Academy of Ophthalmology also offers the following tips:

And whenever you can, partake in activities that don't involve a screen. "The good news is that you can help avoid some of these issues by putting down your phone or tablet and taking a break. Unplug for a bit. There are many health benefits to that idea," Dr. Anne Sumers, clinical spokesperson for the American Academy of Ophthalmology and a practicing ophthalmologist in Ridgewood, N.J., told CBS News.

Finally, adults and children should have regular eye exams to help preserve vision and identify potential eye health issues. Patients should discuss their digital device habits with their eye doctor to determine the best solutions for their lifestyle.

How do I get reimbursed for rapid COVID tests?
Ashley Welch