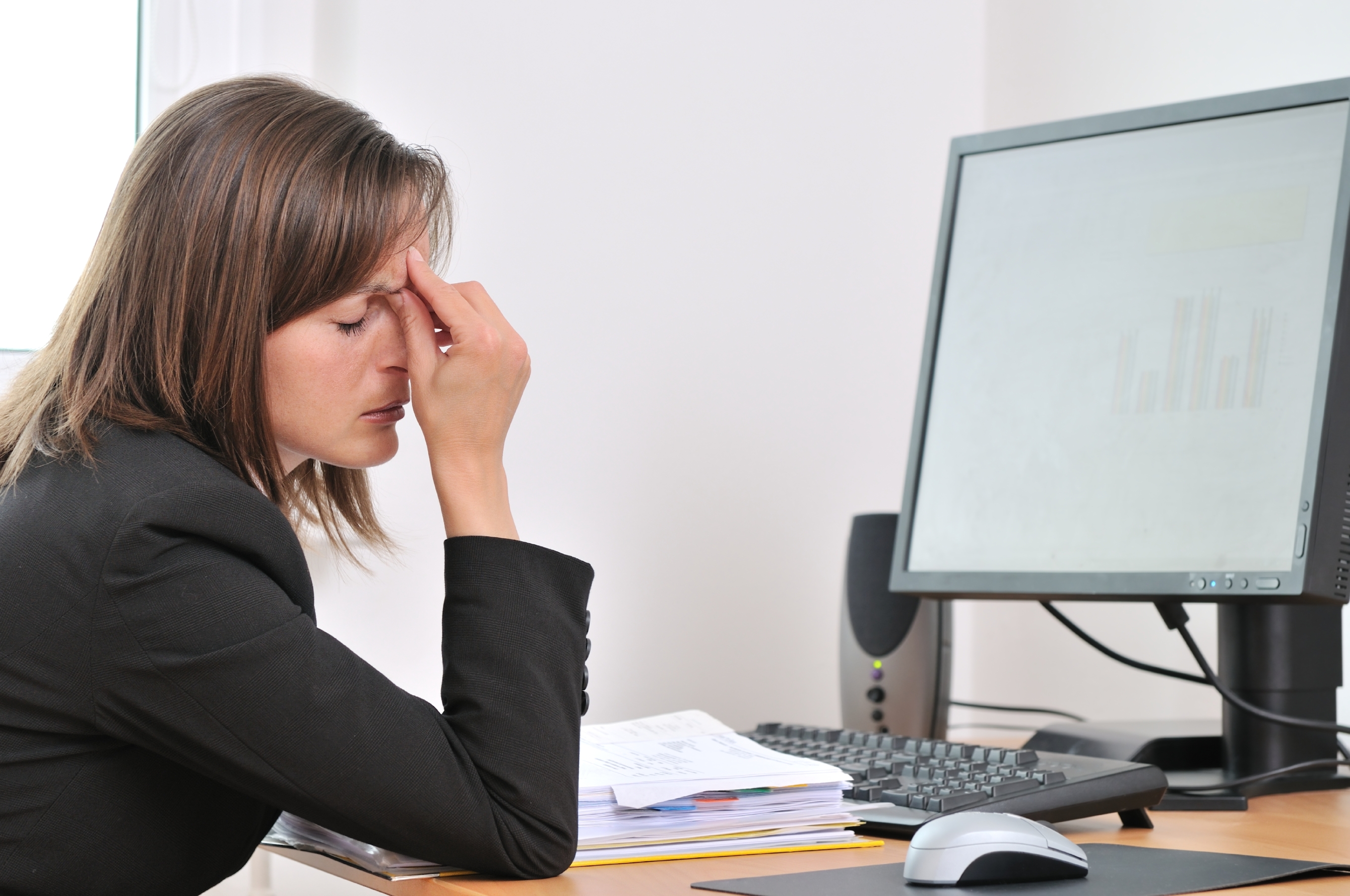 Most Americans could hardly imagine -- or get through -- their day without screen time. But even as devices such as computers, tablets and smartphones have improved our productivity and quality of life, they are also the leading cause of a serious and growing health problem.

According to the Vision Council, a company that represents manufacturers and suppliers in the optical industry, as much as 95 percent of Americans spend two or more hours each day using a personal digital device. Nearly one-third of adults -- 30 percent -- spend nine or more hours using a digital device. This habit puts millions of us at risk for digital eye strain.

The study found 61 percent of Americans say they experience eye problems that include dryness, irritation and blurred vision.

The report, released Wednesday at the CES 2015 Consumer Electronics Show in Las Vegas, finds Americans look at their mobile phones an average of 100 times each day. We're addicted and either don't know or care how much damage phone time may be doing to our eyes, not to mention our relationships and psyche. Digital addiction, or "nomophobia" -- the fear of being without your mobile device -- is even contributing to physical health problems like chronic back pain.

It also turns out that risk for eye strain is generational: the younger a person is, the more likely they are to rely on technology and spend greater amounts of time staring at a phone, tablet or computer screen.

According to the report, 1 in 4 children use digital devices for more than three hours each day, but only 30 percent of parents express concern over the impact extensive use might have on a child.

Digital eye strain is the result of sitting too close to screen, which causes eyes to become inflamed. It's not just the amount of time you spend in front of the screen, but also the size of the font, your posture, computer set-up, the amount of blue light emitted from the screen. Preexisting eye conditions, such as glaucoma and cataracts, may also cause digital eye strain to become even more severe.

There are a number of ways to protect your peepers from the damage caused by excessive screen time. The authors of the report recommend building a work space that is conducive for keeping good posture and minimizing eye strain. This includes centering your computer monitor directly in front of you, sitting arms-length away from the screen, positioning the monitor so the top of the screen is level with the eyes and making adjustments to the work area to avoid computer glare.

Some eye doctors recommend investing in computer eyewear with an anti-reflective lens that can also be combined with a specially formulated coating that blocks and selectively absorbs blue light.

While it would be ideal to cut down the amount of time you spend in front of a screen each day, it's not always realistic. One way to alleviate eye discomfort is to follow the 20/20/20 rule, which is to take a 20 second break every 20 minutes and look at something at least 20 feet away.