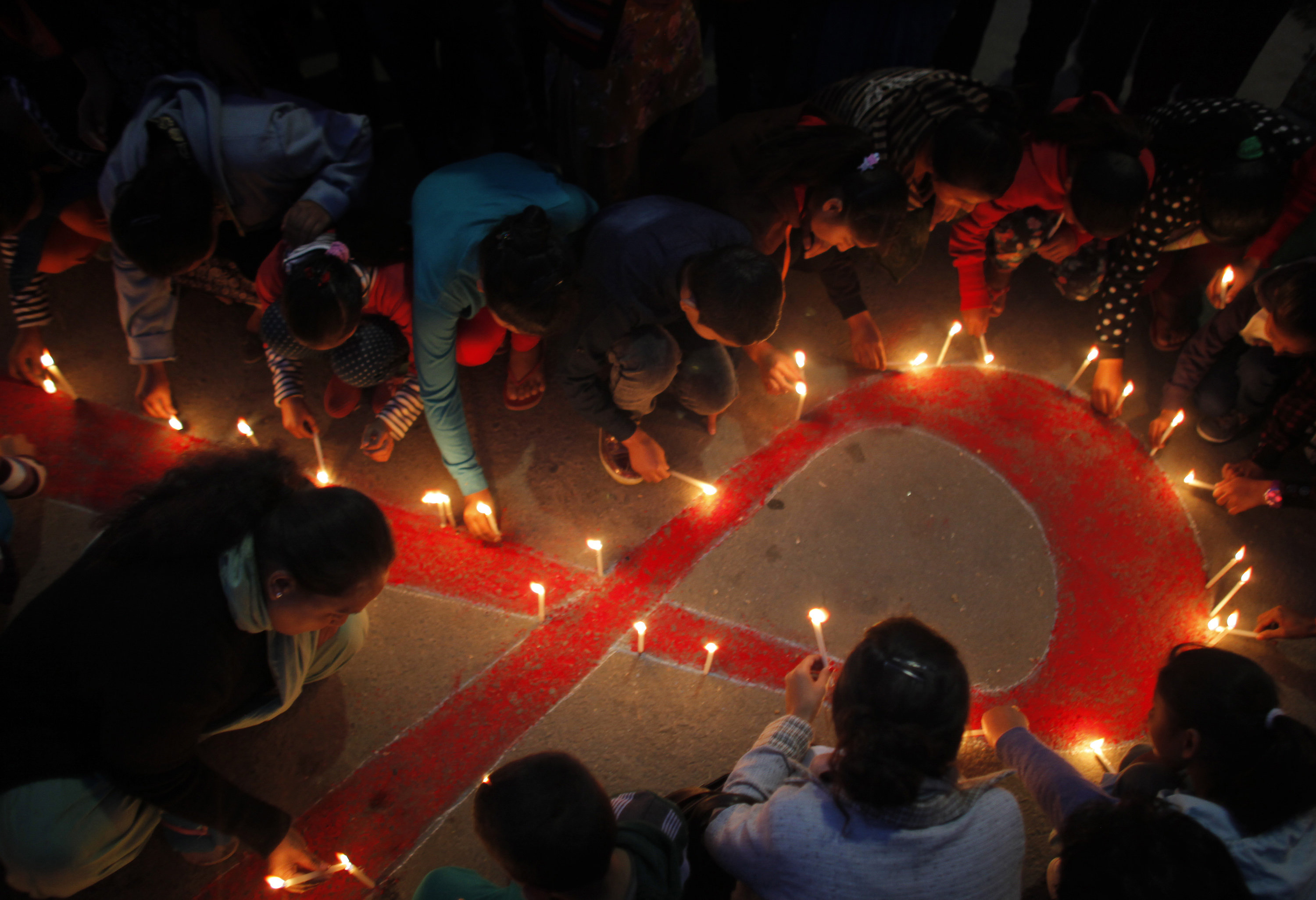 Just three decades ago at the start of the AIDS epidemic, testing positive for HIV, the human immunodeficiency virus that causes AIDS, was essentially a death sentence. Today, the outlook is much less grim. If patients are diagnosed early and take antiretroviral medication as directed, doctors say they can live a normal lifespan. But there is still no cure.

"To see the pace from the days that we could do very little other than watch our patients die to finding the first treatments and then working hard to make those treatments better to where we are now has been remarkable," Dr. Paul Volberding, a professor in the department of medicine and director of the Center for AIDS Research at the University of California, San Francisco, told CBS News. "We have a lot of different options of three or four drug combinations put together in a single pill that a person takes once a day. It's remarkably easier than it used to be."

About 1.2 million people in the United States currently live with HIV, according the U.S. Centers for Disease Control and Prevention. Globally, it is estimated that as many as 37 million people are infected. Millions of people are living with the virus and do not know they have it.

HIV attacks a person's immune system by destroying cells in the body, called T-cells, which fight off disease and infection. It's a sexually transmitted virus that spreads through semen and vaginal fluid, and it can also be spread by blood, sharing needles, or during pregnancy and breast-feeding.

While advancements in treatment have made it possible to control the virus -- and also greatly reduce the risk of transmitting HIV to others -- the drugs fall short of permanently curing a person of HIV.

"We've gone from it being a death sentence to what one of my patients calls a life sentence," Dr. Carlos del Rio, professor of medicine and public health at Emory University and co-director of the Emory Center for AIDS research, told CBS News. "But we still have a long way to go. Even if we were able to diagnose every single person who has HIV and get them on the appropriate treatment, I'm very skeptical we're going to end the epidemic without a vaccine and a cure."

This week, coinciding with World AIDS Day on December 1, amfAR, The Foundation for AIDS Research, announced the establishment of the amfAR Institute for HIV Cure Research, in collaboration with the University of California, San Francisco (UCSF), with the goal of developing the scientific basis of a cure for HIV by the end of 2020.

Volberding, who will direct the new amfAR Institute, acknowledged that this five-year time frame is ambitious -- and perhaps not entirely realistic. But he says it is necessary. "We give ourselves a goal of five years," he said. "I don't think anyone is saying necessarily that we're going to have a cure in five years, but it gives us a sense of the pressure we want to be under."

The Institute, Volberding said, will focus on what's referred to as the "shock and kill" strategy.

A major challenge in finding a cure is that even after treatment reduces HIV in the blood to an undetectable level, the virus lays dormant in areas of the body known as HIV reservoirs. But researchers need to learn more about exactly where in the body these areas are located, how they formed or persist, and how much of the virus is in them.

Once doctors know this, they can administer a drug to "shock" the latent virus and eradicate the reservoirs from the body.

"It's the idea that you give a medicine of some sort to essentially wake up the dormant virus from where it's hiding," Volberding explained. "We know it's there, but we can't easily find it so one of our challenges is to develop techniques to find that virus and then to use a variety of drugs to stimulate it."

Volberding said his team will explore different options for the "kill" part of the strategy, including using specific antibodies which might be a further wake-up call to the body's immune system to kill the infected cells.

Other research groups are looking into gene therapy as a potential cure. Scientists have developed a type of "genetic scissors" that would allow them to potentially cut and alter the genome of infected cells. Researchers are currently trying to figure out how to utilize this new technology to find a cure for HIV.

When asked how far off the reality of a cure might be, experts say it's hard to gauge, but they are very hopeful.

"I think that the tools that we have now are a lot more powerful than they were in the past," Volberding said. "We say our goal is to find a cure in five years and I think everyone understands that that's more aspirational than actual. But I think it's realistic to think that at the end of five years we will be a lot further along than we are now."

For del Rio, he said he hopes to see a cure before he ends his scientific career. "The HIV epidemic is not over," he said. "We're like in the bottom of the seventh inning of a baseball game. The game's still not over. It's more important than ever to focus research efforts on finding a cure. And we can do it if we put our efforts into doing this."