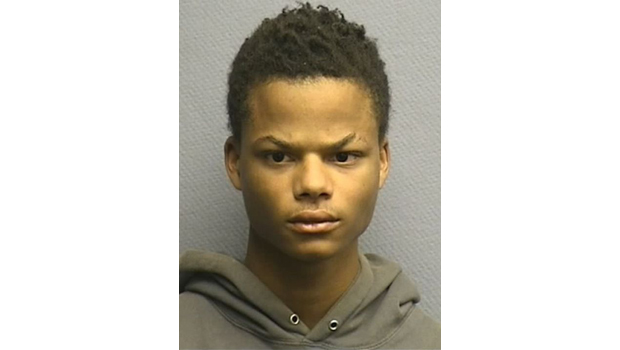 HOUSTON -- A teen whose father says is a devil worshiper has been charged in the murder of his close friend, reports CBS affiliate KHOU.

Edward O'Neal Jr., 18, is accused of killing 16-year-old Ryan Robert, who was reported missing by his mother Jan. 15, according to the station. A few days later, Robert was found dead in the woods near his home.

At the time when her son's body was discovered, mom Christine Roberts told KHOU she knew who did it and reported O'Neal to the police. She told the station that one of the suspect's relatives came to see her and said that O'Neal had admitted to the murder.

The relative had also told her where the body was, Roberts told KHOU.

The suspect and victim were close, she said, adding that O'Neal even lived with them for a few months.

"I just want justice for my son," Roberts told the station in January. "I'm beyond frustrated. I'm angry."

"Oh I know that he's worshiping the devil and stuff," said the father. "He didn't tell me nothing. He didn't say nothing about doing nothing."

But he still stands by his son -- innocent until proven guilty, he says.

"To my satisfaction, he'd have to be proven. And if he did it, he should be punished for it," the father told the station in January.

Although the motive has yet to be determined, Roberts believes the murder was a satanic ritual and wants the suspect to pay for what he allegedly did.

"Give him life," Roberts told KHOU. "Give him the death penalty, I don't care which one but I don't want him harming not another person."

Edward O'Neal Jr. is currently in the Harris County Jail on a $50,000 bond, according to the station.