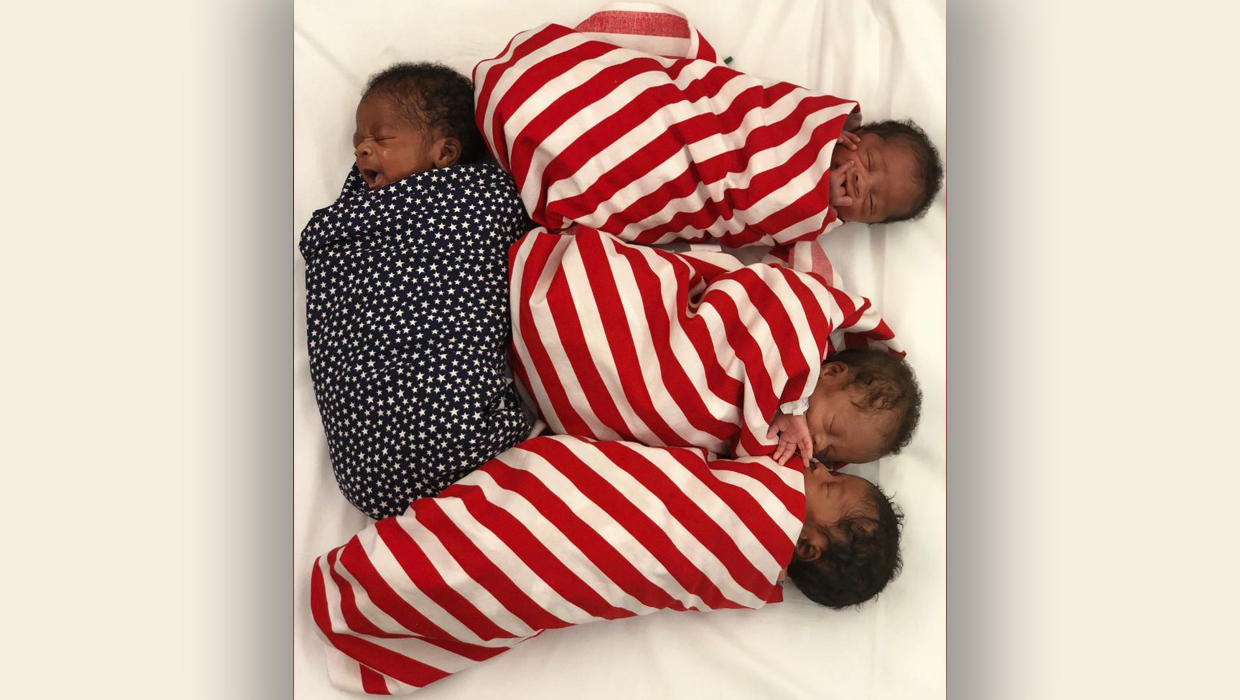 One family in southwest Houston had four reasons to celebrate this Fourth of July. Linda and Thomas Agi welcomed home their newborn quadruplets Wednesday, four weeks after they were born, CBS Houston affiliate KHOU reports.

To celebrate their homecoming, the hospital decked out the newborns in a patriotic way: wrapped in red, white and blue swaddles.

Dr. Rachna Bhala, an OB-GYN at the hospital, said on the hospital's website that she could not have asked for a better experience for a high-risk pregnancy patient.

"And for the quadruplets, the care by the entire NICU team was exceptional," she said.

The quads' mother, Linda, thanked the hospital for their care.

"I am thrilled to be a new, first-time mom and happy to have all four of our babies home from the hospital," she said.