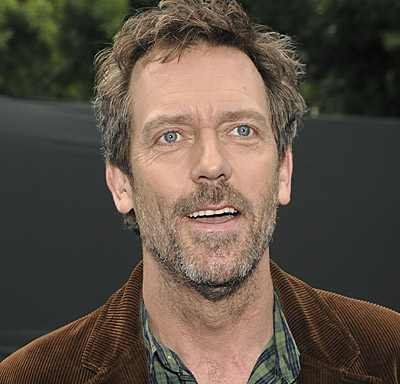 PICTURES: They're With The Band

Laurie, who plays the acerbic pill-popping M.D. on the hit FOX show, has signed a deal with Warner Music Entertainment to record an album of New Orleans-inspired songs this summer.

"I am drunk with excitement at this opportunity," Laurie said in a statement Monday obtained by the Associated Press "I know the history of actors making music is a checkered one, but I promise no one will get hurt."

The Golden Globe-winner has sung and performed throughout his acting career.  Even his TV alter ego, Dr. Gregory House, is often seen playing the piano and guitar on the show.

Laurie, who received his fifth Emmy nomination for his work on "House" this month, is also the keyboardist in the celebrity cover group Band From TV and recently played on Meat Loaf's latest album "Hang Cool Teddy Bear."