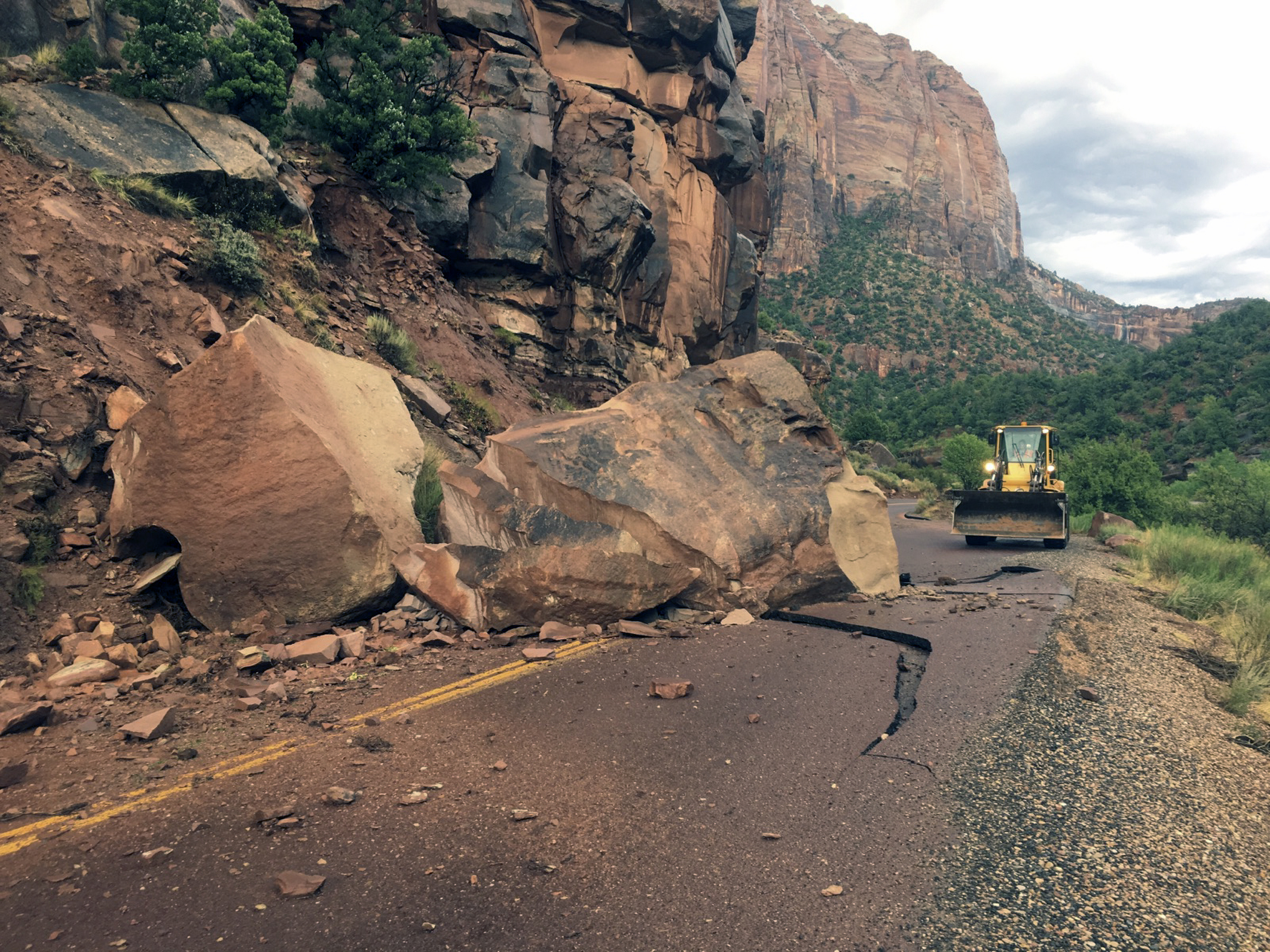 ZION NATIONAL PARK, Utah -- A boulder the size of a house tumbled onto a highway in Utah's Zion National Park after a major thunderstorm, partially closing the roadway during the popular summer season.

A geologist was exploring the best way to get the massive rock off the Zion-Mount Carmel Highway, where it fell Wednesday evening, park spokeswoman Aly Baltrus said Thursday. Officials use dynamite in some cases to break up fallen rocks.

The boulder fell after strong thunderstorms pounded the park Wednesday afternoon. It's blocking both lanes and cracked the road, but nobody was injured, Baltrus said.

Most park activity won't be affected by the blockage, but the road is closed between Canyon Junction and the east entrance, Baltrus said. Visitors looking to drive through the park on State Route 9 will have to take an alternate route.

Heavy rains last year sent flash flooding barreling through one of those canyons, killing seven people from California and Nevada.

The canyons were closed during Wednesday's rainstorm.