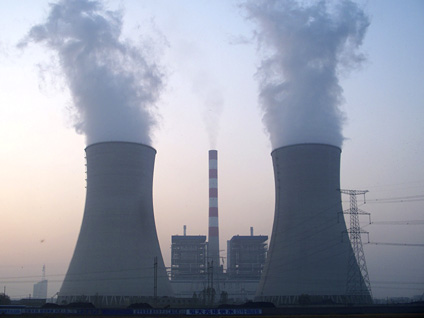 All 31 Republicans on the House Energy and Commerce Committee declined on Tuesday to vote in favor of a series of amendments acknowledging the scientific consensus around climate change.

The three amendments were attached to a bill aiming to curb the Environmental Protection Agency's power to regulate greenhouse gasses. They posited that "Congress accepts the scientific finding ... that 'warming of the climate system is unequivocal'"; that the scientific evidence regarding climate change "is compelling"; and that "human-caused climate change is a threat to public health and welfare."

The committee passed the measure, but voted down the amendments, with 30 of the 31 Republicans voting against them and one - Marsha Blackburn, of Tennessee - declining to vote either way. Democrats unanimously voted in favor of the amendments.

Republicans, who have strongly opposed Obama administration efforts to regulate greenhouse gasses, have been pushing to strip the EPA of its regulatory power. The party blocked Democratic efforts last year to pass climate change legislation.

Rep. Henry Waxman (Calif.), the committee's ranking Democrat who offered one of the three amendments, said they should not even be necessary because the "finding is so obviously correct."

Rep. Joe Barton (R-Tex.), however, contended that the science of the issue was "not settled."

"My good friend from California tries to make it clear that the science is settled. I would say it's not settled," Barton said of Waxman's amendment, according to the Hill.

The global scientific community is largely unified in the belief that the climate is warming as a result of human actions, among them the release of greenhouse gasses into the atmosphere.

Daniel Lashof, the Director of the Climate Center at the National Resources Defense Council (NRDC), told Hotsheet the GOP refusal to acknowledge climate science reflected Republicans "substituting ideology for science" in the face of political interests.

"They started with a conclusion - which is they don't want to limit carbon pollution - and then worked backwards and put themselves in a position where they had to deny science," he said, adding that he thought the tendency to "ignore the facts and substitute politics" was "disturbing."

Politico reported in January that nearly all of the leading GOP presidential contenders have at some point expressed concerns about the impact of climate change - including Tim Pawlenty, Mitt Romney, and Mike Huckabee. (Huckabee is even purported to have at one time supported cap-and-trade legislation - a charge he now vehemently denies.)

Senate Democrats are also scrambling to block efforts in their chamber to keep the EPA from having regulatory power over greenhouse gases .

In a statement on Tuesday night, a White House spokesperson slammed the Senate GOP's efforts, arguing that an amendment from Senate Republicans "rolls back the Clean Air Act and harms Americans' health by taking away our ability to decrease air pollution."

"Instead of holding big polluters accountable, this amendment overrules public health experts and scientists," the statement continued, according to the Hill. "Finally, at a time when America's families are struggling with the cost of gasoline, the amendment would undercut fuel efficiency standards that will save Americans money at the pump while also decreasing our reliance on foreign oil."