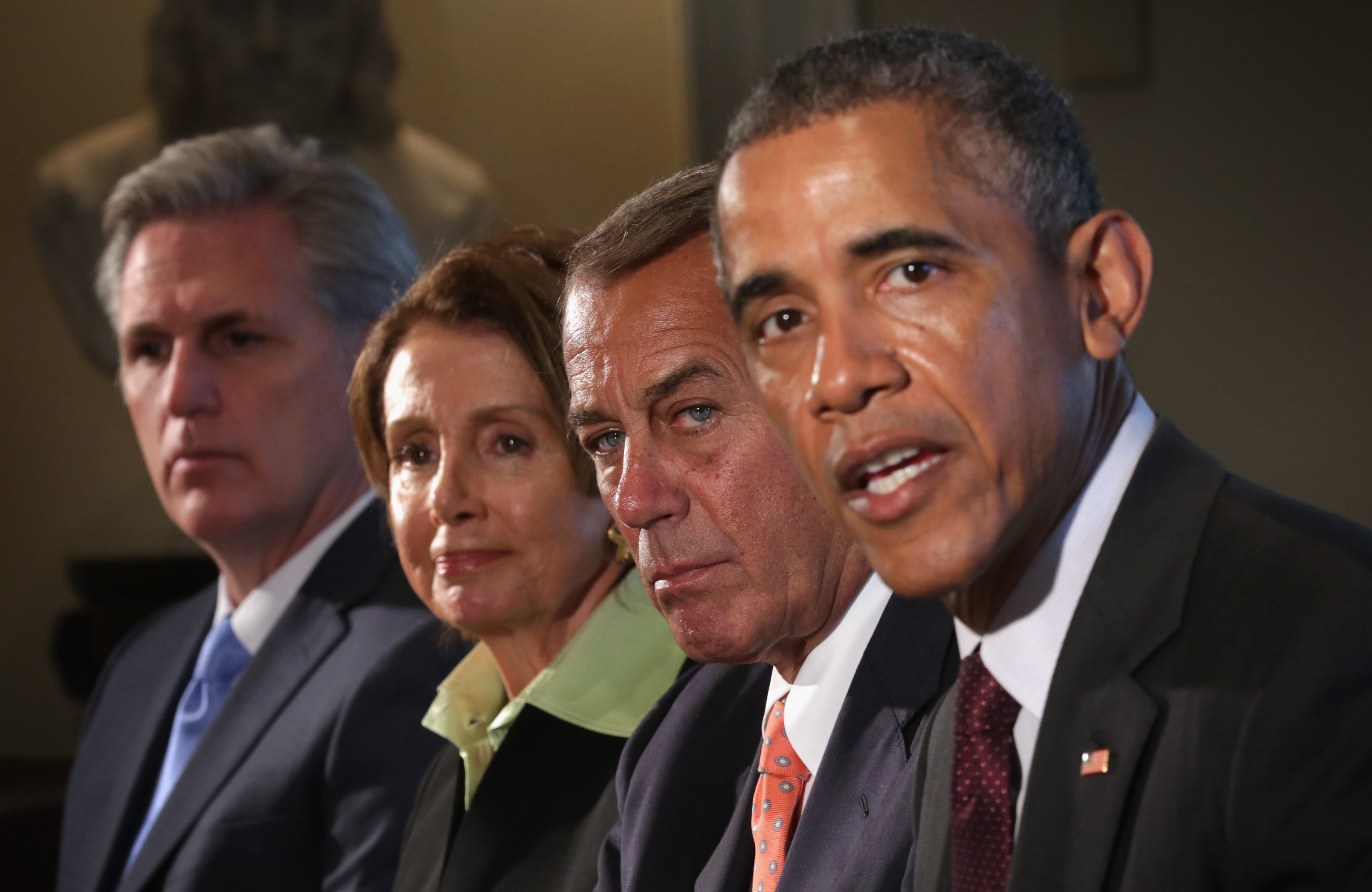 The House on Wednesday afternoon overwhelmingly passed a bipartisan measure that would raise the debt limit into March 2017 and increase government spending limits over the next two years.

The deal passed 266-167, with 79 Republicans and nearly all Democrats voting in favor, and 167 Republicans voting against it.

Senate Majority Leader Mitch McConnell, R-Kentucky, said Wednesday that the Senate would take the measure up after the House acts.

The White House has said the deal meets all of the administration's goals.

House Republicans filed the 144-page bill late Monday night after weeks of negotiations that began in September between the White House and with congressional leaders from both parties and both chambers.

The deal would lift 2011 domestic and Pentagon spending caps equally for the next two fiscal years. For the rest of the current fiscal year, the agreement boosts spending by $50 billion and by $30 billion a year after.

Lawmakers are also poised to avert a default on the nation's debt before the Nov. 3 deadline next Tuesday. The agreement raises the ceiling through March 15, 2017.

To pay for the $80 billion in extra spending, the agreement finds savings in a range of areas. It implements long-term reforms to the Social Security Disability Insurance program and would keep the program solvent, thereby eliminating a 20 percent across-the-board cut in benefits that would otherwise occur next year.

The agreement would also address an issue with Medicare Part B by protecting millions of seniors from significant increases to their deductibles and premiums.

Passage of the deal in the House comes just a few hours after House Republicans nominated Rep. Paul Ryan, R-Wisconsin, to be the next speaker of the House.

While Ryan distanced himself from the deal a day earlier, he announced on Wednesday morning that he would support it. Two years ago, he negotiated a similar deal with Sen. Patty Murray, D-Washington, when they both served as chairmen of the House and Senate Budget Committees, respectively. That deal expired last month.

The Freedom Caucus, meanwhile, announced on Wednesday morning that its members would oppose the deal. Many conservatives complained that they didn't like that the agreement was negotiated in secret and that they only had 48 hours to review it.

Some Republicans also protested the deal's changes to a crop insurance program, but leadership has promised to make fixes to it in the appropriations bill later in the year, a leadership aide told CBS News.

Speaker Boehner, R-Ohio, is slated to resign from Congress on Friday. On Tuesday, he defended the agreement and said he wanted Ryan to have a clean slate as speaker.

"I made it clear a month ago when I announced that I was leaving that I wanted to do my best to clean the barn. I didn't want him to walk into a dirty barn full of you know what."

The Senate is expected to pass the legislation, though Sen. Rand Paul, R-Kentucky, a GOP presidential candidate, has pledged to filibuster the deal to try to delay it.

While the deal lifts spending levels, it doesn't completely eliminate the risk of government shutdowns in the future.

Congress must pass a new spending package, based on the budget deal's guidelines, by Dec. 11. If controversial policy provisions are inserted into that spending package, they could easily cause problems and increase the threat of a shutdown.