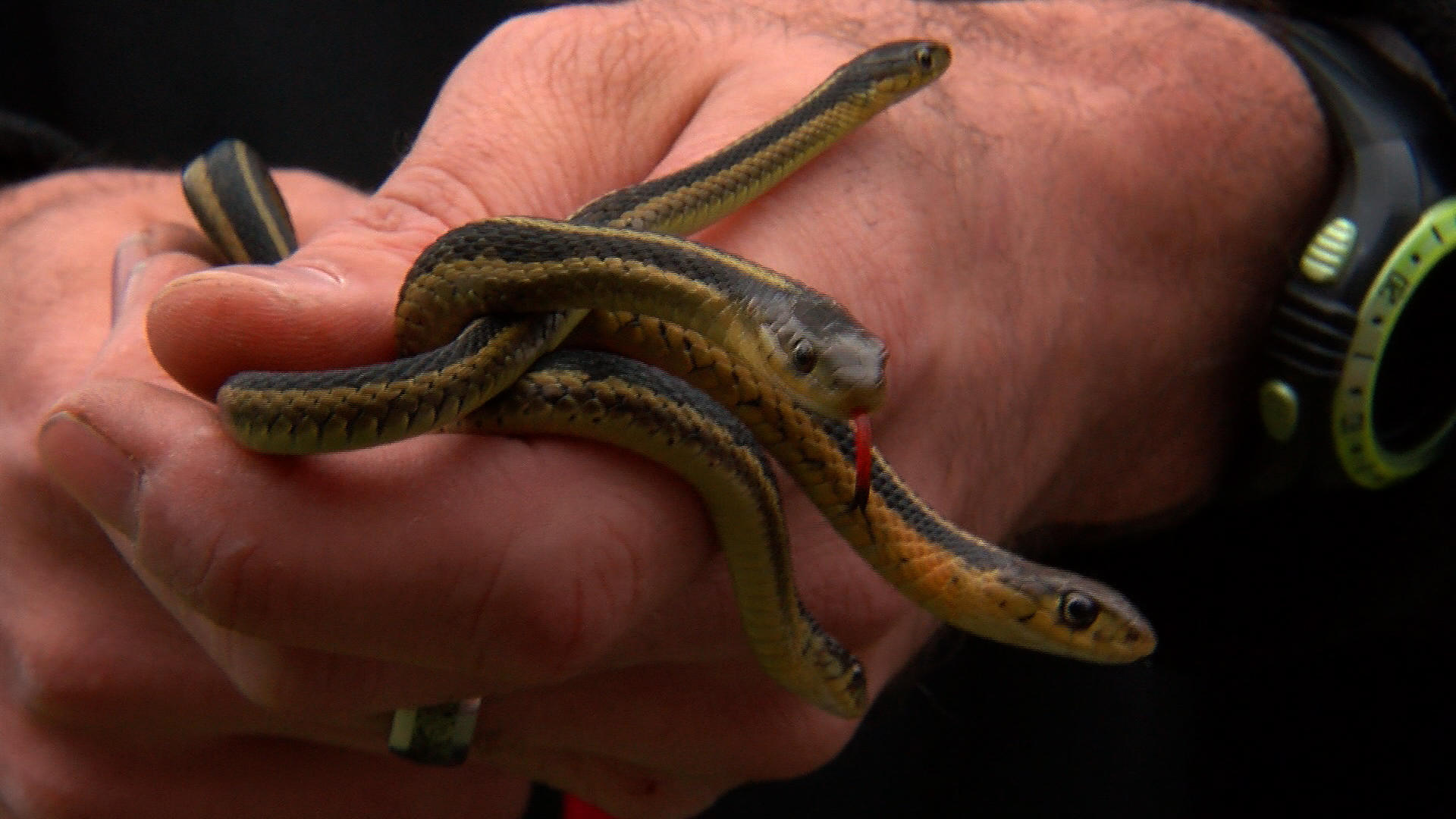 OAK PARK HEIGHTS, Minn. -- It sounds like a scene out of a horror movie: A Minnesota mom and her kids unsuspectingly move into a house full of snakes.

While it may sound hard to believe, it's the frightening reality for a family left with few options after buying what they once considered the perfect home.

Angie Whitley -- a nurse and single mom -- spent years renting a townhouse in order to save enough money to place a down payment for a new start. She found the perfect split level home in Oak Park Heights, which seemed like a great neighborhood for he two kids to grow up in.

Several walk through visits and an inspection of the house yielded no trouble. But 45 minutes after closing the deal, plenty of problems slithered in.

"I brought my first sort of box here to my bedroom and I found a snake," Whitley explained to CBS Minnesota. "One quickly turned into three, four, five. Today is six months later and I'm about 95 snakes that I've found inside my house."

"That's 95 inside and a few hundred more outside," she added.

The evidence was found in her basement, which has since been torn apart and littered with snake traps.

Whitley notified Adam's Pest Control, who quickly responded to the property to piece together the homeowner's worst nightmare.

Upon their arrival, workers pulled five snakes from hiding in less than an hour. Typically, snakes can be found hiding along the siding of a home due to the fact that it serves as an access point.

Further investigation revealed a garter snake den was located somewhere underneath Whitley's property, which sits close to a marsh.

According to Adam's Pest Control, it's the perfect location for a reptile attracted to heat and to each other.

When Whitley questioned the sellers about the problem, they said they knew nothing as they'd rented the house out for the past six years.

"From what I've heard from the experts who have come out, they tell me that there's no way this just started," Whitley explained.

Since moving in, she has spent more than $13,000 out of pocket trying to rid her family of the problem.

Workers have ripped up her finished basement to tightly seal off any potential cracks. They've also pumped about 40 gallons of water from a large hole that appeared in the foundation.

Unfortunately, warm weather has brought back the snakes. Adam's Pest Control has now donated their services to try to locate the snake den.

Whitley says she now sleeps upstairs on the couch and stays out of the basement.

The previous owners of the home did not return CBS Minnesota's calls for comment.

Whitley has a lawyer and will likely enter into arbitration with them. An arbitrator will determine if fraud occurred and who covers the costs. Homeowners usually have two years to do so after a sale occurs.