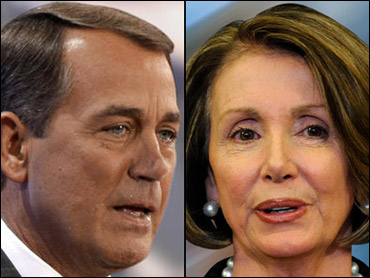 House Speaker Nancy Pelosi made clear in her weekly press conference that the centerpiece of House Democrat's plan to reform health care is a public option. When asked if the speaker would support a proposal gaining momentum in the Senate to create a non-profit insurance entity instead of a government plan Pelosi said "not instead of a public option, no."

The insistence on a government health insurance option means any hope for Republicans and Democrats to finally work together on an issue of great importance to the country is waning rapidly.

Republicans in both the House and Senate oppose a government option on the grounds that it would drive out private insurers. Republican have made their case for months that any time the government competes with business, government, with its endless resources and ability to change the rules, wins.

Pelosi said that the public plan should be a real competitor with the private sector and not have an unfair advantage. "When you say the words public option," Pelosi said, "you have to say right next to it level playing field."

Three House Democratic Chairmen are working on a health care reform bill together and hope to have a full draft in the next couple weeks. The issue that will likely get even thornier than what the public option looks like is how it will all be paid for.