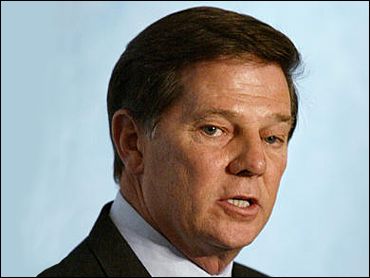 The committee's findings were an extraordinary second rebuke of the Texas Republican's ethical conduct in just six days.

The committee's findings — a letter admonishing his conduct — nonetheless spared him a lengthy investigation by the ethics panel.

Last Thursday the same committee, in an investigative report, admonished DeLay for offering to support the House candidacy of a Michigan lawmaker's son, in return for the lawmaker's vote for a Medicare prescription drug benefit.

The sources spoke on condition of anonymity because the report had not yet been released.

Westar executives made a $25,000 donation to an organization affiliated with DeLay just before attending a two-day get-together at a Virginia resort with the House GOP leader.

Described by a DeLay spokesman as "a golf fund-raising event," several executives from the Topeka-based company went to the 15,000-acre Homestead resort in early June 2002 for what participants said was an energy issues roundtable.