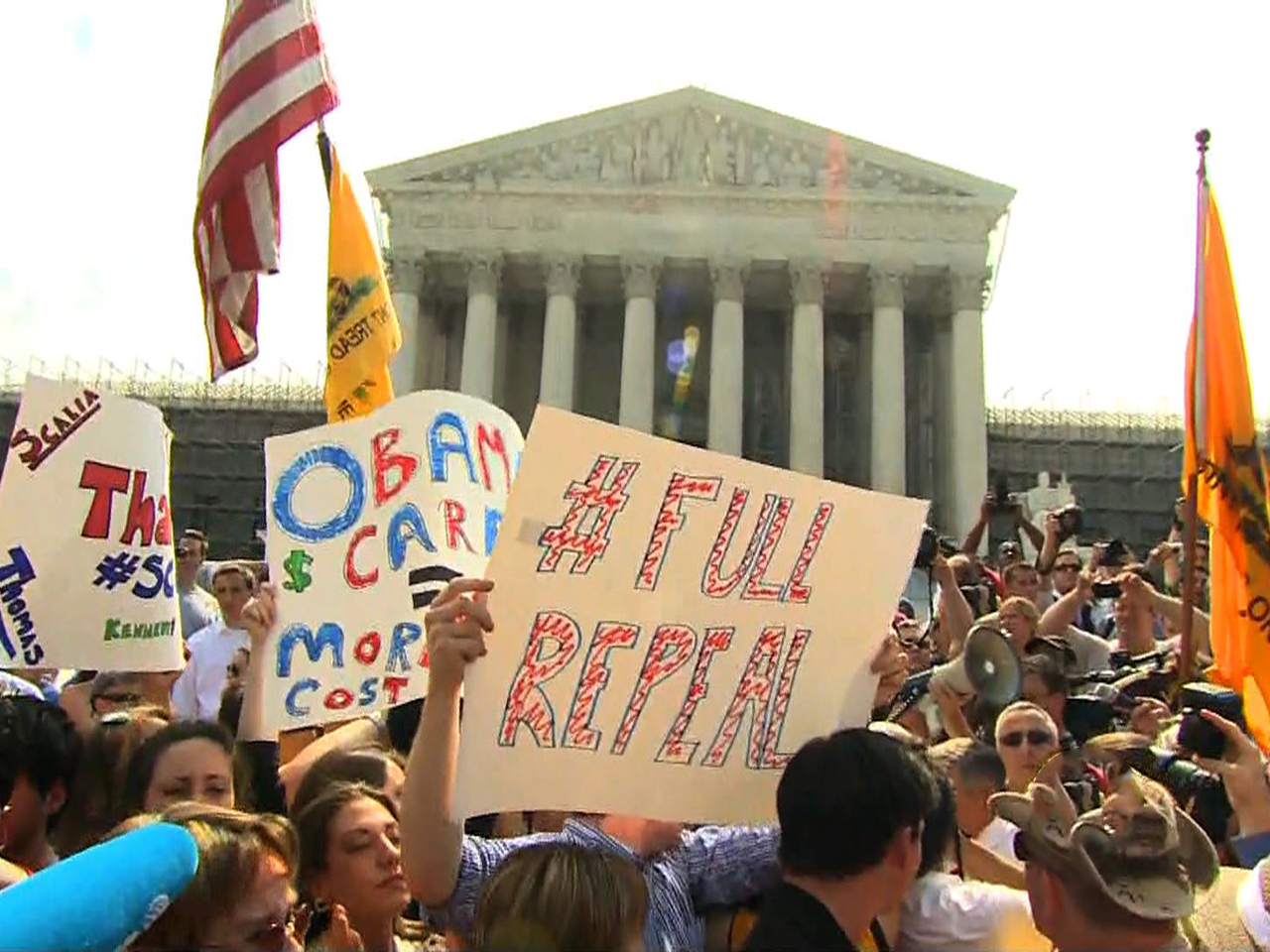 With the clear intent of once again making Obamacare a campaign issue, House Republicans on Wednesday have scheduled a pair of votes on different elements of the health care law -- votes designed to put Democrats on the spot.

With one vote, the GOP-led House will consider whether to delay the so-called "employer mandate" -- the requirement for businesses with 50 or more employees provide health care coverage or pay fines of $2,000 per employee.

The House will also vote on whether to delay the "individual mandate," which requires most Americans to acquire health insurance or pay a fine.

The employer mandate was already effectively delayed by the Obama administration itself, so the administration could have more time to simplify the reporting requirements and take some burden off of small businesses.

There's some question over whether the administration has the authority to make that move without Congress' consent.

"He's decided there was a provision of the law that he didn't want to enforce and then went ahead unilaterally and decided to do that," House Majority Leader Eric Cantor, R-Va., told CBS News' Nancy Cordes in an interview Tuesday.

Wednesday's votes, however, are primarily about larger, political points. For one thing, Republicans are charging that Democrats are putting business interests ahead of the middle class -- this, of course, is a line of attack typically employed by Democrats against Republicans. Furthermore, the GOP is trying to drive home the basic message that the implementation of the Affordable Care Act is simply a mess.

"Over the weekend, the Democrat leader in the Senate said the president's health care law has, quote, 'been wonderful for our country.' Are you kidding me?" House Speaker John Boehner, R-Ohio, said on the House floor Tuesday. "The law isn't wonderful, it's a train wreck. You know it, I know it and the American people know it. Even the president knows it. That's why he proposed delaying his mandate on employers."

Boehner continued, "It's unfair to protect big businesses without giving the same relief to American families and small businesses."

House Minority Whip Rep. Steny Hoyer, D-Md., told reporters Tuesday that he expects most Democrats to vote against both mandate delays. The employer mandate delay, he said, is unnecessary and redundant, given that the administration has already delayed it. Delaying the individual mandate, meanwhile, would hurt millions of Americans who need health care, Hoyer said.

Still, at least some Democrats will break with the party. Furthermore, the vote gives Republicans the opportunity to point out that while they may not have voted for the employer mandate delay, House Democrats have generally been supportive of the administration's decisions.

Cantor contends that the delay of the employer mandate is a harbinger of problems to come. "They clearly have a provision of the law that will not work, and they say it's not ready now," he told Cordes. "We say it will never be ready... These are unworkable provisions which have unintended consequences that are not good for jobs, they're not good for health care and it's not good for the fiscal health of our country and our economy."

Given that the full Obamacare rollout will still be underway by the time the 2014 midterm campaigns start -- and the fact that many Americans remain uncertain about the law -- it's no surprise Republicans are keeping it a campaign issue.

"Look, this is a big, controversial issue. It's not going away," Senate Minority Leader Mitch McConnell, R-Ky., said on NBC's "Meet the Press" on Sunday. "It's, in all likelihood, going to be the premiere issue in the 2014 election. The American people dislike it even more now than they did when it was passed. And they hope that the Congress will respond to their desire to stop this train wreck before it happens."

The 2014 elections could also see debate over another part of Obamacare -- the option for states to expand Medicaid, the joint federal-state health care program for disabled and certain low-income people. Several Republican-led states have decided not to expand Medicaid, even though the federal government would pick up virtually all of the tab -- something the Obama administration plans to point out to consumers. There's no deadline for states to come to a decision on the Medicaid expansion, and it remains a point of controversy. In some states like Arizona and Montana, voters are trying to finalize the matter with 2014 ballot initiatives.