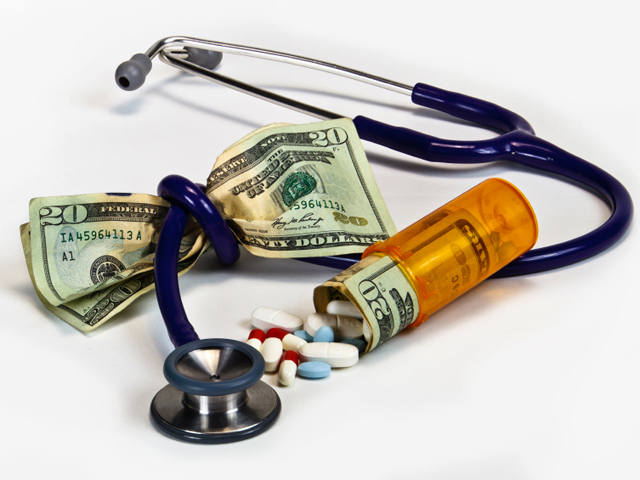 For most lower- and middle-income taxpayers in need of health insurance, the most significant tax-related aspect of Obamacare starts this year: calculating subsidies.

After filing his or her 2012 tax return, an uninsured taxpayer should find out whether they qualify for a government subsidy, and if so, how large it will be. That Tax Day development will help them make a key choice this fall: whether to take that subsidy and buy insurance coverage for 2014, or pay a fine to the IRS in 2015.

In 2014 alone, the government is expected to spend $25 billion on subsidies to help people purchase coverage on the state-based health exchanges -- the online marketplaces where consumers can choose from various private insurance plans. The exchanges are expected to be ready for open enrollment by October of this year.

Getting customers to join the exchange -- and thus expanding health care coverage, the Affordable Care Act's key objective -- requires the coordination of the Internal Revenue Service, Health and Human Services and other government agencies. The government is expected to collect more than $1 trillion in tax revenue over 10 years and dole out more than $1 trillion in subsidies.

"This is a major new venture and like anything, no one can predict exactly how it's going to work," Paul Van de Water, a senior fellow at the Center on Budget and Policy Priorities, explained to CBSNews.com. "The HHS and the IRS and other agencies involved in this are working hard to implement it, but until the thing actually starts, no one's really going to know what features need to be modified to make them work better."

Most of the tax-related elements of the Affordable Care Act don't impact taxpayers directly -- they instead impact business sectors like the medical device industry or health insurers. Still, some Americans will start noticing through their 2012 tax return how Obamacare impacts their lives. And starting this year, others will be paying extra taxes because of the law.

Subsidies for the exchange will be available to individuals with household incomes between 100 and 400 percent of the Federal poverty level -- taking into account factors like family size.

By 2022, according to the nonpartisan Congressional Budget Office, an estimated 26 million people will get their insurance through state exchanges. Up to this point, however, most people don't understand how the health care law will impact them directly or what their taxes have to do with it.

After finding in a survey that 77 percent of respondents were unaware their 2012 tax return could be used to determine their first year of subsidies, H&R Block started conducting customer outreach on the subject. When the company's tax preparers sit down with customers, "a lot of them are relieved and excited to the see the Affordable Care Act broken down into how it personally affects them," Meg Sutton, a senior advisor for tax and healthcare services at H&R Block, told CBSNews.com.

Open enrollment for the exchanges is supposed to start in October of this year, with coverage starting in 2014. If a taxpayer qualifies for a subsidy, he'll enroll in a private health plan through the exchange, the government will pay the subsidy directly to the insurer and the taxpayer has to cover the remaining cost.

If a taxpayer takes a subsidy, he's required by law to report that to the IRS the next year. The IRS will review it and decide, based on that person's income, whether he received too much or too little in subsidies. "If you got too much of a subsidy, consumers will see money coming out of their refund," Sutton explained.

Starting in 2015 -- one year after the individual mandate goes into effect -- taxpayers will also have to provide the IRS with proof of insurance. If a taxpayer doesn't have insurance, he'll have to pay a fine of $95. The next year that fine increases to $325, and it eventually rises to $695 by 2016.

There's always the chance that taxpayers won't pay their bills to the IRS -- but if they don't, they could face fines or even time in jail. The Affordable Care Act, however, seemingly stripped the IRS of any capability of enforcing the individual mandate. A specific portion of the law says, "In the case of any failure by a taxpayer to timely pay any penalty imposed by [the mandate], such taxpayer shall not be subject to any criminal prosecution or penalty with respect to such failure."

Nevertheless, Van de Water predicts that non-compliance won't be much of an issue. Most people would rather take a government subsidy and get insurance rather than owe the IRS.

"With the availability of the subsidies, lot of people are going to actively want to participate" in the exchanges, he said. "The notion of starting with a relatively small penalty also makes sense -- ideally you want to encourage people to enroll through carrots, rather than beating them over the head with sticks."

Changes to expect on your 2013 return

While taxpayers won't have any Obamacare-related taxes to pay when they file their 2012 returns, wealthy Americans have in 2013 started paying new taxes affiliated with the Affordable Care Act.

There are two new taxes that went into effect this year because of the health law -- a new payroll surtax and a tax on investment income.

The payroll tax, intended to help finance Medicare, is a surtax of 0.9 percent on wage and salary income over $200,000 for single filers or $250,000 for joint filers. Typically, payroll taxes are levied on wages earned by each person individually, rather than on the combined income of a couple. This new Medicare tax, then, creates "a weird definitional change, in terms of how people think about taxes," said Nick Kasprak, an analyst at the nonpartisan Tax Foundation.

The second tax -- also referred to as a "Medicare" tax, though the law does not require it to fund Medicare -- is a 3.8 percent surtax on investment income for taxpayers with a modified adjusted gross income above $200,000 or couples with an income above $250,000.

These two new taxes are expected to bring in $317.7 billion over 10 years, making them two of the biggest revenue raiser in the Affordable Care Act.

The health law makes two other changes to the tax code that middle-class Americans may notice -- a cap on flexible spending account contributions and a new threshold for itemized medical expense deductions.

Prior to this year, there was no government limit on the amount of pre-tax salary that people could divert into flexible spending accounts -- though most employers imposed their own limits. This year, the limit is $2,500.

Meanwhile, a taxpayer last year could deduct medical expenses over 7.5 percent of his or her adjusted gross income. This year, the threshold has been increased to 10 percent.

"For people that have a huge medical bill in a certain year, this is going to be a significant hit," Kasprak said.