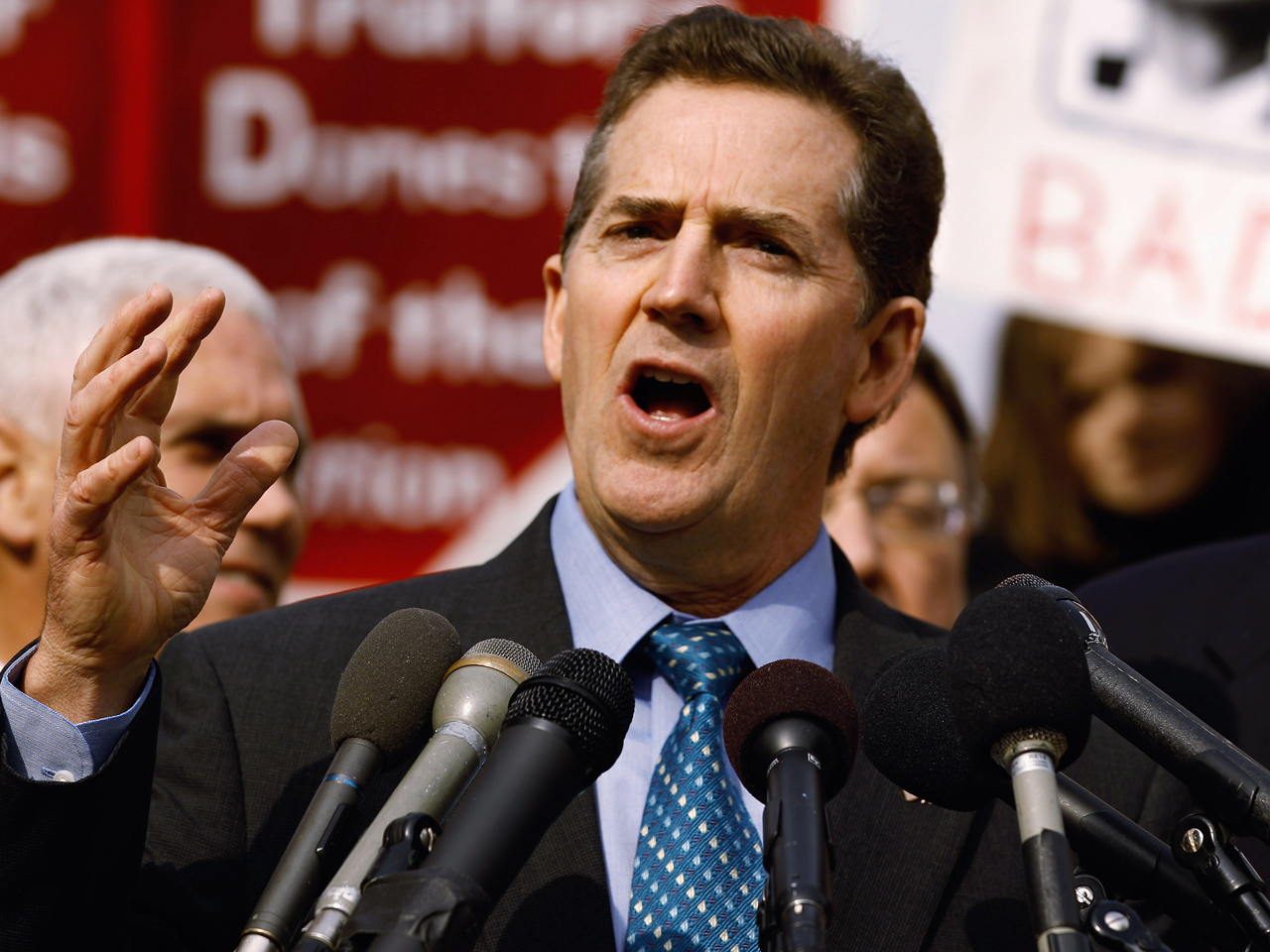 Amid ongoing negotiations by the White House and congressional leadership over a plan to avert the so-called "fiscal cliff," some conservatives are decrying the most recent GOP proposal offered by House Republican leadership -- and are threatening to drive a wedge into the GOP rank-and-file.

Yesterday, House Speaker John Boehner and House Republican leaders presented an offer to the White House as a counter-proposal to President Obama's opening bid to avoid the "cliff," which would trigger a series of dramatic spending cuts and tax hikes in the new year. The GOP offer, which would raise $800 billion in unspecified tax revenue and make billions' worth of cuts to entitlement and health care spending, was quickly rebuffed by Democrats, who cited a lack of specificity and an absence of new tax hikes for the wealthy.

They're not the only ones who don't like the plan, however: In a statement, conservative Sen. Jim DeMint, R-S.C., specifically targeted Boehner for offering up a plan he said would cost U.S. jobs.

"Speaker Boehner's $800 billion tax hike will destroy American jobs and allow politicians in Washington to spend even more, while not reducing our $16 trillion debt by a single penny," said DeMint. "This isn't rocket science. Everyone knows that when you take money out of the economy, it destroys jobs, and everyone knows that when you give politicians more money, they spend it. This is why Republicans must oppose tax increases and insist on real spending reductions that shrink the size of government and allow Americans to keep more of their hard-earned money."

The Heritage Foundation, a conservative think tank, was equally discontented with the GOP offer, which it labeled as, "little more than categorical, pre-emptive capitulation" -- at least "at first blush."

Some of the foundation's critiques, uncharacteristically, mirrored the Democrats' own complaints. In a blog post, the Heritage Foundation's Alison Acosta Fraser and J.D. Foster argued that "the details of the Republican proposal are extraordinarily vague. Nor is much clarity or comfort gained from the three-page accompanying letter sent to the President and signed by Speaker John Boehner (R-OH), Majority Leader Eric Cantor (R-VA), House Budget Committee Chairman Paul Ryan (R-WI), and three other senior members of the House Republican leadership."

"One can only hope the additional clarity substantially improves the picture," wrote Fraser and Foster in the blog post. "However, it is very difficult to be hopeful."

Americans for Prosperity, a super PAC backed by conservative billionaire brothers David and Charles Koch, piled onto the anti-Boehner critiques in another Tuesday statement, attacking the proposal as offering "disappointingly small spending reductions" and generally failing to "seriously deal with the reality of the problems facing the nation."

"After immediately giving in to higher taxes following the election, the Speaker has now followed up by pulling the best parts of the House budget off the table," said AFP policy director James Valvo in the statement. "The only way to solve the nation's fiscal woes is to reform the runaway entitlement programs and government spending. It is disturbing that this proposal may give up the entire FY2013 spending reductions agreed to in the BCA."

A conservative mutiny among House Republicans could potentially pave the way for non-tea party conservatives and more moderate Republicans in the chamber to splinter off and support a proposal that includes some tax hikes for the wealthy. Boehner has political incentives to not go over the cliff: According to a recent Pew Poll, if Washington fails to avert the "cliff," 53 percent of Americans would blame congressional Republicans, while only 27 percent would blame Mr. Obama.

There are already indications that top House Republicans may be ready to cast aside the tea partiers in the caucus when it comes to budgetary matters: As Reuters points out, Representatives Tim Huelskamp, R-Kan., and Justin Amash, R-Mich., two conservative House Republicans often at odds with Boehner on fiscal matters, have been booted from the House Budget Committee.

Some Republicans, however, believe that conservatives speaking out against Boehner's plan were sending a message to the White House, not the speaker.

"I think what the conservatives are doing are making certain that the White House understands that Speaker Boehner does have to deal with his own conference," said former Rep. Bob Walker, a Republican from Pennsylvania. "I think that the speaker felt as though he and the president were on the same wavelength on some of the things that had to be part of a final deal. And the White House, by presenting a totally ludicrous proposal, dramatically undermined any thought that John could make a deal without his conservative base behind him. So I think in large part that the conservatives are speaking more to the White House than they are to Speaker Boehner."

Walker suggested that even though he doesn't think "Republicans can agree to rate increases at all," it's possible they might agree to tax hikes if the bar for whose rates are affected is much higher.

"The Republicans might at some point agree that Warren Buffett should have a tax increase," he said. "The president keeps talking about millionaires and billionaires but he's actually (trying to raise rates on) people in the upper-middle-class."

But, he added, "I don't even think the Republicans are going to go there. My view is they see that just as more silliness and just a really rather depressing use of class warfare as a way of trying to game the American people."

In remarks to reporters today, Senate Majority Leader Harry Reid, D-Ariz., accused the Tea Party of exercising a "firm grip" on the Republican party, and argued "we can't let these negotiations be dictated by the Tea Party."

Boehner's proposal, he said, "is not nearly enough to restore fiscal responsibility... yet it's apparently enough to make the Tea Party scream bloody murder."

In a Republican response minutes later, Senate Minority Leader Mitch McConnell, R-Ky., argued that Mr. Obama has been insufficiently involved in negotiating a deal that the GOP will agree to, and called on him to "turn off the campaign" and "get serious about dealing with this deficit and debt here at the end of the year." He did not comment, however, on the merits of Boehner's proposal.

"Only one person in the country can deliver the members of his country who support the deal that he makes, and that's the president," he said.

In a statement Tuesday afternoon, Boehner called on Mr. Obama to officially respond to the GOP proposal -- which the White House has signaled the president will not do.

"If the President really wants to avoid sending the economy over the fiscal cliff, he has done nothing to demonstrate it," Boehner said. "With our latest offer we have demonstrated there is a middle ground solution that can cut spending and bring in revenue without hurting American small businesses. The President now has an obligation to respond with a proposal that does the same and can pass both chambers of Congress. We're ready and eager to talk with the president about such a proposal."