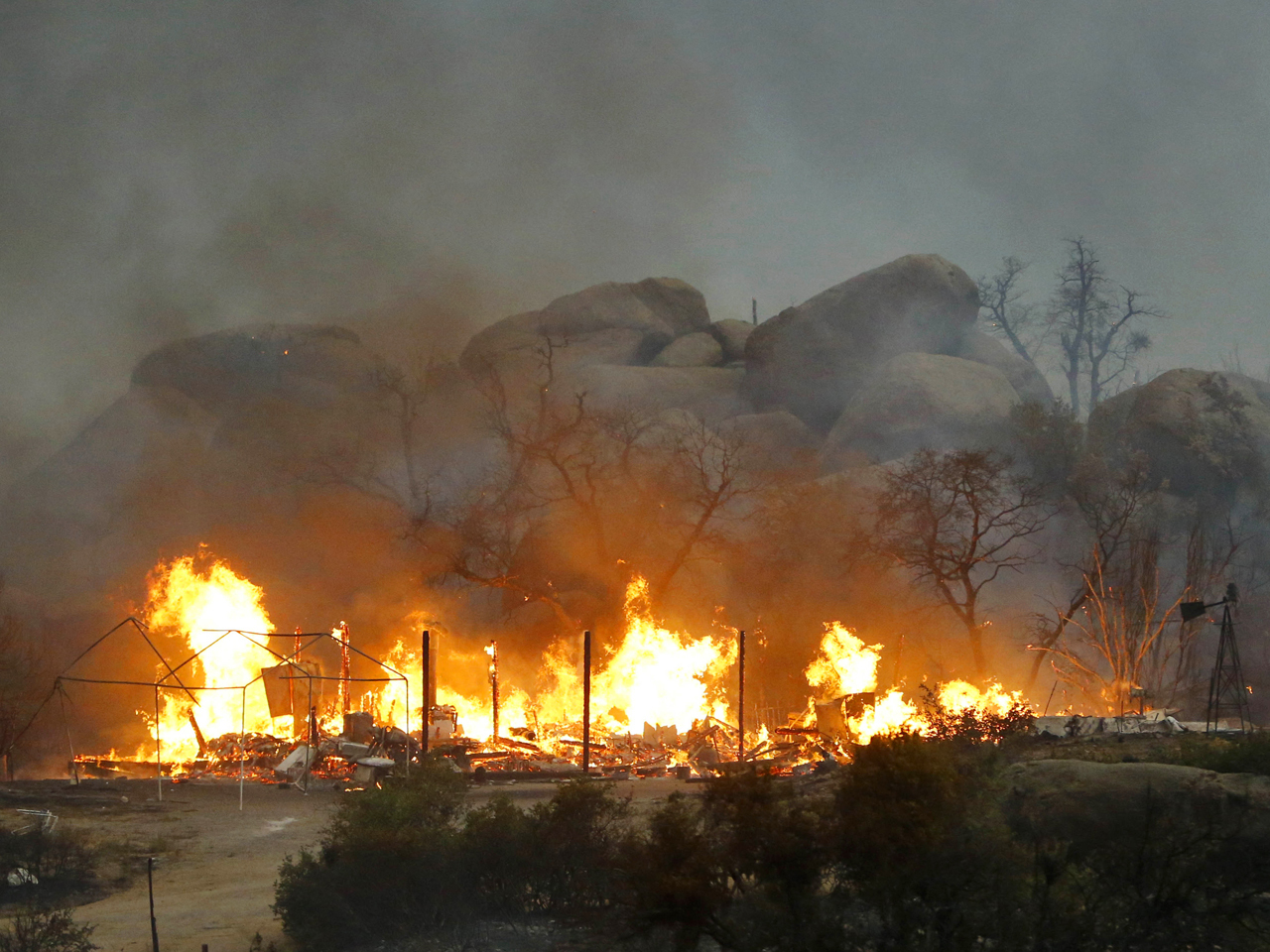 PRESCOTT, Ariz. A three-month investigation into the June deaths of 19 firefighters killed while battling an Arizona blaze cites poor communication between the men and support staff, and reveals that an airtanker carrying flame retardant was hovering overhead as the firefighters died.

The 120-page report released Saturday found that proper procedure was followed and assigned little of blame for the worst firefighting tragedy since Sept. 11, 2001.

All but one member of the Granite Mountain Hotshots crew died June 30 while protecting the small former gold rush town of Yarnell, about 80 miles northwest of Phoenix, from an erratic, lightning-sparked wildfire.

While maintaining a neutral tone, the investigation found badly programmed radios, vague updates, and a 33-minute communication blackout just before the flames engulfed the men. Investigators did not consider whether better communication might have saved the men.

The report provides the first minute-to-minute account of the fatal afternoon. The day went according to routine in the boulder-strewn mountains until the wind shifted around 4 p.m., pushing a wall of fire that had been receding from the hotshots all day back toward them.

After that, the command center lost track of the 19 men. The firefighters either ignored or did not receive weather warnings. They left the safety of a burned ridge and dropped into a densely vegetated valley surrounded by mountains, heading toward a ranch. The report states that they failed to perceive the "excessive risk" of repositioning to continue fighting the fire.

The command center believed the hotshots had decided to wait out the weather change in the safety zone. They did not find out the men were surrounded by flames and fighting for their lives until five minutes before they deployed their emergency shelters, which was more than a half hour after the weather warning was issued.

Without the guidance of the command center, the men bushwhacked into a location that soon turned into a bowl of fire. The topography fostered long flames that bent parallel and licked the ground, producing 2,000 degree heat. Fire shelters, always a dreaded last resort, begin to melt at 1,200 degrees.

As the flames whipped over the men, a large air tanker was hovering above. But perhaps because of an early miscommunication about where the hotshots were headed, the command center did not know where to drop the flame retardant, the report said.

"Nobody will ever know how the crew actually saw their situation, the options they considered or what motivated their actions," investigators wrote.

Though the report points to multiple failures, investigators approached the incident "from the perspective that risk is inherent in firefighting." They recommend that Arizona officials review their communications procedures and look into new technologies, including GPS, that might help track firefighters during chaotic situations.

The Arizona State Forestry Division presented the roughly 120-page report to the men's families ahead of a news conference Saturday morning in Prescott.

When it began June 28, the fire caused little immediate concern because of its remote location and small size. But the blaze quickly grew into an inferno, burning swiftly across pine, juniper and scrub oak and through an area that hadn't experienced a significant wildfire in nearly 50 years.

The fire ended up destroying more than 100 homes and burned 13 square miles before it was fully contained on July 10.

No other wildfire had claimed the lives of more firefighters in 80 years, and it was the deadliest single day for fire crews since the terror attacks of Sept. 11, 2001. The Granite Mountain team was unique among the nation's roughly 110 Hotshot crews as the first and only such unit attached to a municipal fire department.

At one point, officials asked for half of the available western U.S. heavy air tanker fleet - six planes - to try to control the blaze. Five weren't deployed because of the limited number in the nation's aerial firefighting fleet and the dangerous weather conditions at the time. One plane was heading to Arizona from California but engine problems forced it to turn back.

Some family members hope the investigation will bring closure. Others say it will do nothing to ease their pain.

"No matter what the report says, it won't bring him back," Colleen Turbyfill said of her son, Travis. "I miss him, and it's unbearable pain. It doesn't go away. Sometimes I can't breathe, but this report isn't going to help that one way or another."