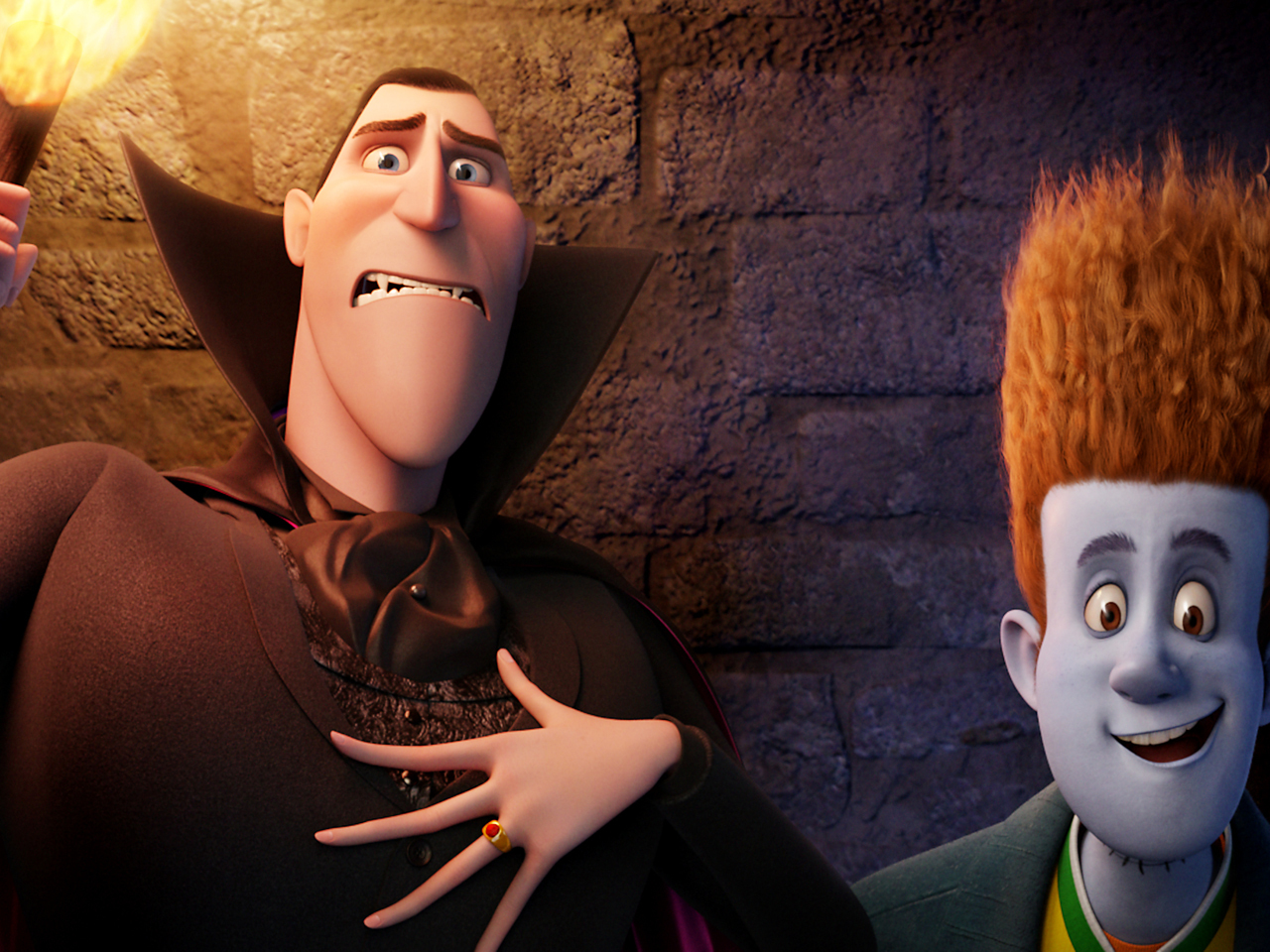 The hotel in the title  is a five-stake resort, where monsters and their families can relax without being bothered by humans. When Dracula (Sandler) is throwing a party for his daughter Mavis' (Gomez) 118th birthday, everything is destroyed when a human (Samberg) finds his way into the hotel.

The film received a 44 percent on review aggregator site Rotten Tomatoes, with some critics saying the story lacked originality and laughs.

Here's what selected critics had to say:

Michael O'Sullivan of The Washington Post:" 'Hotel Transylvania' may offer a perfectly fine Halloween-themed getaway for young kids, but there aren't many amenities for Mom and Dad."

Amy Biancolli of the San Francisco Chronicle: The film is good goofy fun, even as the plot uncorks a whole lotta nothing.

Claudia Puig of USA Today: "While it's an energetic romp, there is more slapstick humor than wit at work here, and a good deal of borrowing from the far more clever 'Monsters, Inc.'"

Betsy Sharkey of Los Angeles Times: "There are some crowd-pleasers -- a chase that has Dracula and Jonathan riding linen-draped banquet tables like magic carpets, for one -- but "Hotel Transylvania" never becomes the great monster mash that seemed in the offing."

Ian Buckwalter of NPR:"At its core, this movie is little more than Twilight told from the other side of the tracks, only with far more fart jokes."

Michael Rechtshaffen of The Hollywood Reporter: "A scarily unfunny animated monster movie that goes awry right off the bat."