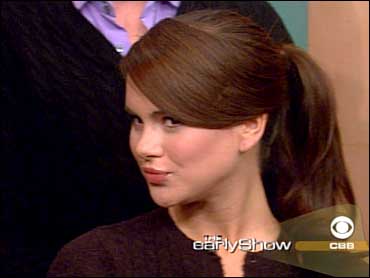 If you've watched any awards show this season or picked up a fashion magazine, you've seen the style that it seems everyone's sporting: ponytails!

They're quickly becoming the "it" style for the hottest celebrities and fashionistas, and they're clearly not just for "bad hair days" anymore.

The Early Show's stylist to the stars, David Evangelista, a few ways to pull off the look, while avoiding the "I-just-woke-up-and-am-late-for-work/school" look.

Why the sudden ponytail mania? There are a few reasons, Evangelista says.

First, there is no "perfect ponytail." In fact, there are several different ways to sport the pulled-back pony, from sleek and shiny to messy and sexy. Also, they don't necessarily require the time and effort you need to fight your hair's natural texture, taming it into a style that it just wants to fight. And they command attention: The ponytail immediately directs attention to your face, and can flatter anyone.

Indeed, there's a pony for every hair type, face shape and mood, and Evangelista shows three of the prettiest ponies for 2006. They are:

THE HIGH PONY
Polished and sophisticated, the high ponytail is fast becoming a favorite of celebrities such as Charlize Theron, who wore it to the SAG awards earlier this year. Set high on the head, the high pony accentuates the cheekbones and can give you an instant facelift. How to get it? Brush and pull your hair into a high ponytail with a Mason Pearson or boar bristle brush. Positioning the pony at a 45 degree angle from the chin, many stylists say, accentuates the cheekbones to their fullest. Secure the pony in place with a snag-free elastic. Then take 1/2 inch of hair from the ponytail and wrap around the elastic band. Secure it in place with a hairpin, and lightly smooth the hair with your brush and a dab of silicone for shine.

THE WAVY PONY
Sultry, sexy curls and waves are what make this pony so stunning. Celebrities such as Beyonce Knowles, who wore the wavy pony to the "Pink Panther" premiere, and Katherine Heigl, who sported it at the SAG awards, get a truly romantic look with stunning spirals around their faces and down their backs. To get this look, set your hair in hot rollers and let sit for about half-an-hour. When you take the hair out of the hot rollers, separate the curls with your fingers; for a more defined curl, wrap your hair around a wide-barrel curling iron and set for a few minutes. Gather hair at the back of the head right at the occipital bone, and secure with a non-snagging elastic.

THE PERKY PONY
For ladies with bangs, or bangs that are growing out, who don't want to look like fourth-graders when they wear their hair in a ponytail, this is the look to go for. Hilary Swank had this 'do at this year's SAG awards. The bangs are side-swept, so they don't hang down in the face, and there's an inward bend in the ponytail that gives an overall polished look, almost like Marlo Thomas in "That Girl." When your hair is wet, part it on one side, and blow dry bangs with a large round brush toward the opposite side of the face, using a gel or mousse to help keep bangs pushed to the side. Once hair is dry, set with large velcro rollers, rolling the hair around the roller from the ends to the roots. Sit for 20 minutes, and take hair out of rollers. Brush the bangs with a boar bristle brush to the side of the face, and secure with a bobby pin or spray with mega-hold hairspray. Gather hair at the back of the head into a ponytail - it should be a medium-height ponytail, between the crown of the head and the occipital bone, and secure with a non-snag elastic or bungee. For added bend in the pony, wrap the ends of the ponytailed hair around a large-barrel curling iron. 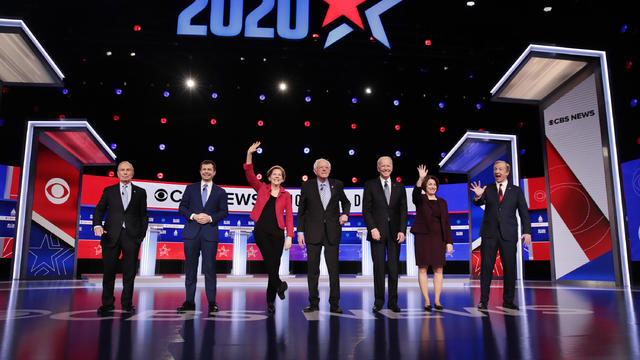