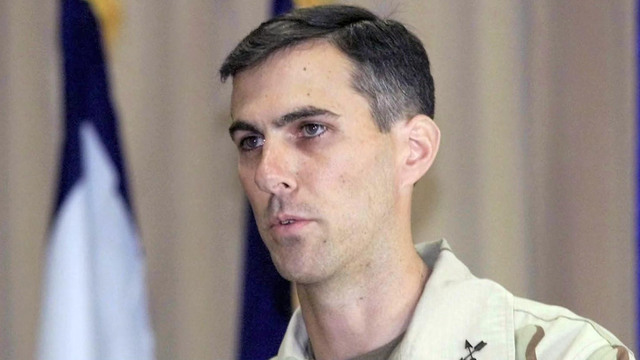 Congress Thursday will hear from Lt. Col. Jason Amerine, who criticized American policy on hostages held overseas. He's being investigated by the Pentagon after giving lawmakers a warning - saying the government failed to form a comprehensive plan to recover American hostages, which cost lives.

Now, a lawmaker Amerine talked to says one of the reasons so few hostages make it is because the FBI, even though it lacks the intel of the CIA or the manpower of the military, is in charge of recovering hostages abroad, reports CBS News correspondent Nancy Cordes.

American aid worker Warren Weinstein was held by al Qaeda for three and a half years before he was killed in a U.S. drone strike in January.

His family called out "elements" of the U.S. government for their "inconsistent and disappointing" assistance.

Debra Tice was critical, too. Her son Austin was kidnapped in Syria nearly three years ago. He's still alive, but six other American hostages have been killed in the last nine months.

"They were held with others and those others, except for the British, are free. That's the strongest indication that freedom was an option for them," she told CBS News last month.

While most Americans probably assume that if something were to happen to them abroad, every effort would be made to bring them home, Rep. Duncan Hunter said that's not true.

In 2013, he got a call from Lt. Col. Jason Amerine, a Pentagon strategist who had been tasked with evaluating ways to bring Taliban captive Sgt. Bowe Bergdahl home from Afghanistan.

Amerine told Hunter no one was looking for the other half dozen hostages in the region. But when he spoke up, he was ignored.

"He could see what DOD was doing, what State Department was doing, what the FBI was doing and how there was no one coordinating anything whatsoever," Hunter said. "Col. Amerine was one of the people who said, 'Hey this is messed up,' and that is why he's under investigation.'"

Both the Army and the FBI declined to comment on Amerine's case.

But on Facebook last month, the Army officer again called for action to "resolve" the bureau's "impotence to help our hostages overseas as well as our government's disorganized efforts across all agencies."

It's that effort that Hunter said caused the Army to prevent Amerine from retiring and even briefly stopped his pay.

"He's trying to save lives, that's all he's trying to do. He didn't cross any lines, he didn't give out classified information, didn't do anything crazy except talk to somebody in Congress," Hunter said.

While Hunter recognizes it's a problem if members of the military turn to Congress with problems instead of going up their chain of command, he said that's not the case when it involves U.S. hostage policy.

Hunter, along with Rep. John Delaney, has introduced an amendment that would put one person in charge of coordinating the efforts of government agencies to recover hostages.

Per protocol, the Army's criminal investigation division would not comment on the existence of an investigation into Amerine, but added that it would be against the law to investigate a soldier simply for speaking to Congress. Amerine will speak publicly on the subject for the first time Thursday at a hearing on Capitol Hill.

Who profits from trophy hunting riches in Zimbabwe?