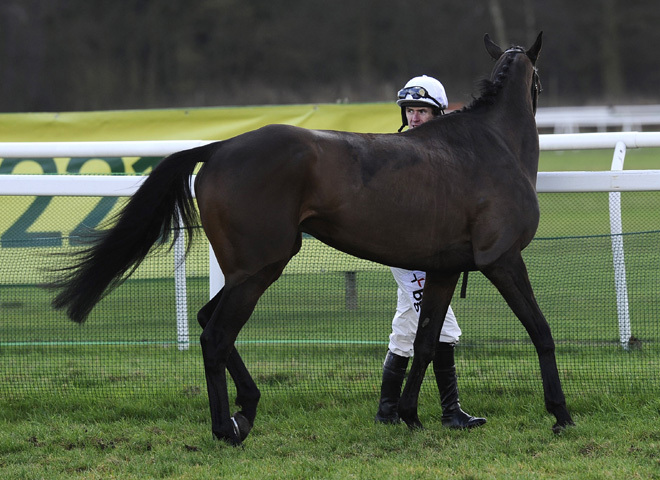 NEWBURY, England - Two horses collapsed and died under mysterious circumstances Saturday before a race at Newbury Racecourse, with some suspecting electrocution as the cause.

The British Horseracing Authority (BHA) is conducting an investigation into the deaths of Fenix Two and Marching Song before the first race at the southern England course.

Andy Turnell, trainer of Marching Song, said: "It looks like they've been electrocuted."

The local electricity board has also launched an investigation. One possibility is that underground cables, combined with the wet ground and the horses' metal shoes, could have caused the incident.

Marching Song's part owner Graham Thorner added: "Three people said they were getting a shock off the horse. My fellow (Marching Song) seemed perfectly all right and I was about to leg him up but he just went straight down."

The first race was held after a 20-minute delay, but officials canceled the rest of the program due to safety concerns.

"Whilst there are suspicions that an electrical fault was the cause and this is being looked into by the racecourse and relevant authorities, it is important that we investigate other possible causes," said Professor Tim Morris, director of Equine Science and Welfare for the BHA.

Jonjo O'Neill, trainer of Fenix Two, said he noticed the horse in front of his, Kid Cassidy, go down on its knees before his horse was struck.

"Mine reared up and we couldn't get him back, it was like he was stuck to the ground," O'Neill said. "It was the weirdest thing I've ever seen in my life."

Some workers reported receiving shocks from the horses as they unsaddled them.

"It's a nightmare for everybody. We can't be certain what it is, we all think it's electric, but we don't know," Newbury chairman Christopher Spence said. "We've looked at the cables and we couldn't see any damage and no work has been carried out on the paddock since the last meeting."

There were claims that a lead rein on one of the dead horses looked burned.

"One of the reasons we couldn't continue was because of all the speculation," stipendiary steward Paul Barton said. "The lead rein could have snapped if it was stood on by another horse when it was on the ground. The rein will go away for forensic examination to establish what happened to it."

The BHA also plans to test a sample of the water supply and review all the CCTV from the racecourse stables and parade ring.