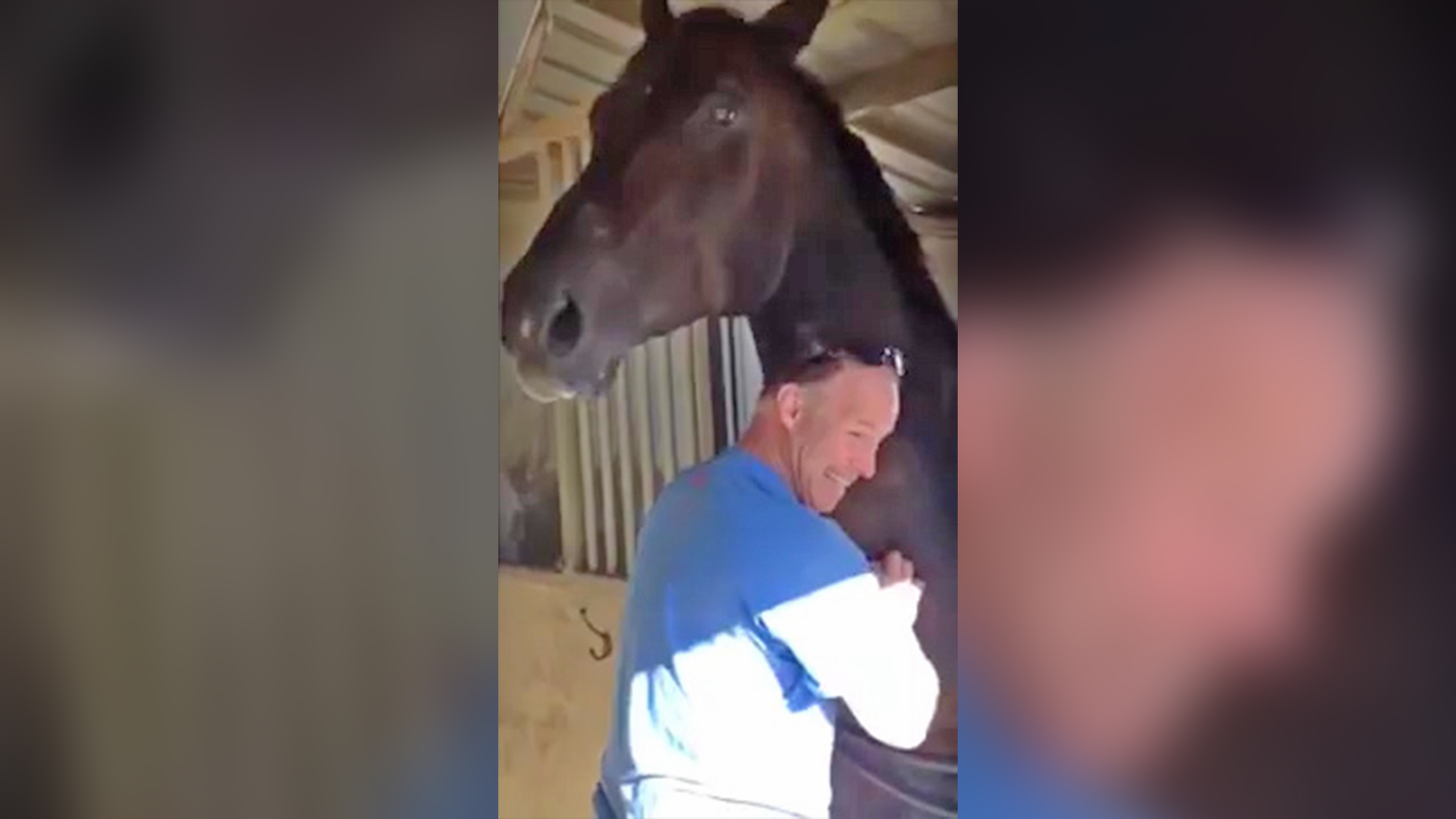 Some of the latest and greatest viral videos include a horse that insists upon being scratched and a baby having an existential meltdown.

In this video from Lindsey Kahn, Tom Dunn is giving a neck rub he can't escape to a huggy horse named Levi. Levi is an Oldenburg breed, owned by Maxfield Equestrian in Turlock, California. And, he is BIG -- 18.1 hands high. Just look at how the super-sized steed towers over Tom, who is 6-foot-2.

You man recognize the co-star of this video as Jason Silva, the host of "Brain Games" on the National Geographic Channel. He posted this hilarious video to his YouTube channel Shots of Awe. Jason is also a well-known as a philosopher, which would explain why he is adorably blowing this baby's mind with a bout of existential gobbly goop that would make Aristotle's head spin.