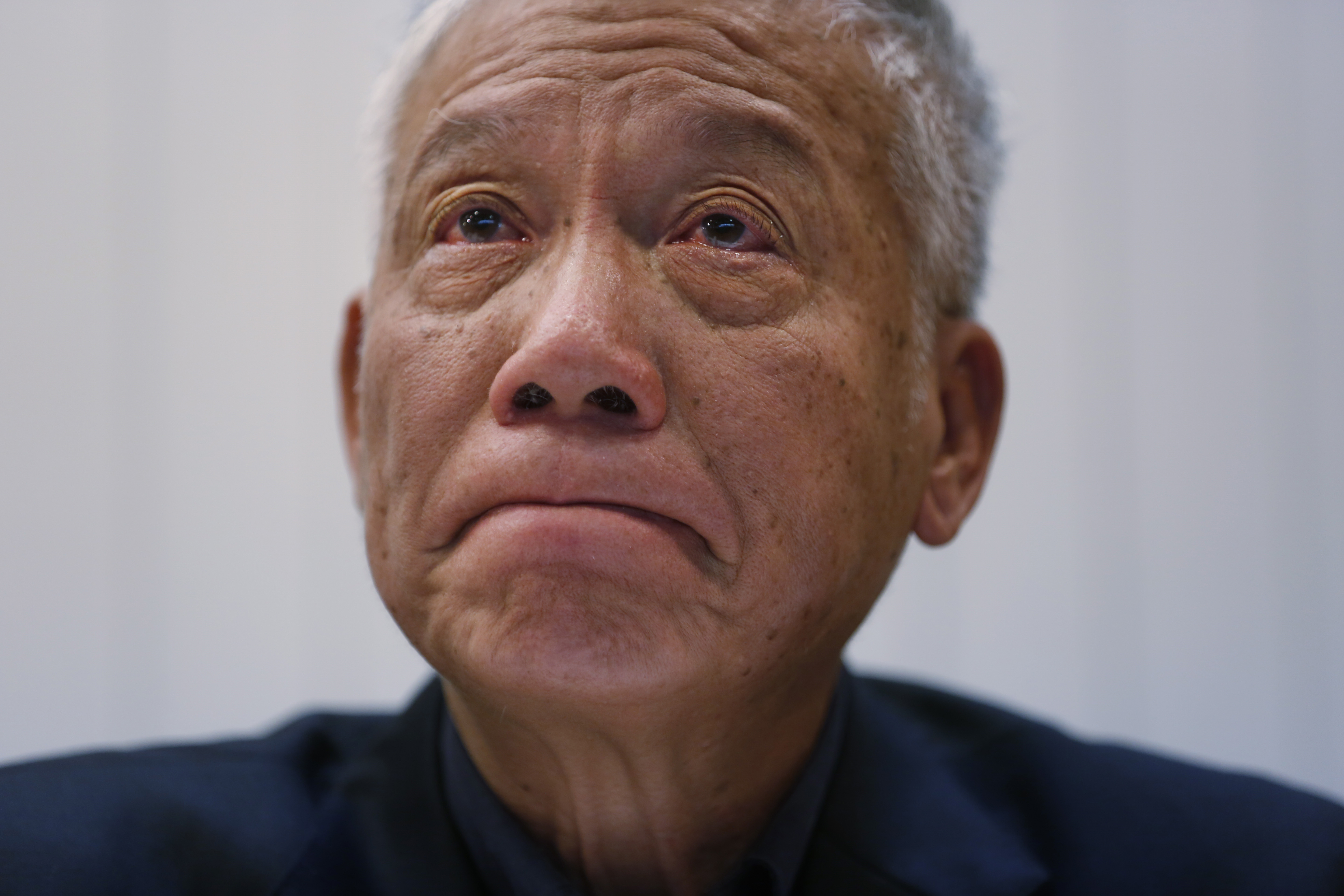 HONG KONG -- Three founders of Hong Kong's pro-democracy protest movement called Tuesday for an end to street demonstrations to prevent more violence and take the campaign to a new stage, but it wasn't clear whether student protesters, who make up the bulk of the activists, would heed the call.

Professors Benny Tai Yiu-ting and Chan Kin-man and Pastor Chu Yiu-ming said they planned to surrender to police on Wednesday to take responsibility for protests that have shut down parts of the Asian financial center for more than two months.

Instead of street protests, the three said they hope to continue the campaign through networking among civic groups, community organizing and education in democracy and human rights.

The three are founders of the Occupy Central movement, which is trying to force China's government to scrap its requirement that candidates in inaugural 2017 elections for Hong Kong's leader be approved by a panel chosen by Beijing. However, the three represent only one faction of demonstrators, most of whom are students.

Hundreds of demonstrators remain entrenched in the main downtown protest site, building tents, work tables and other infrastructure, even as energy has diminished on the streets since the first surge of demonstrations in late September.

CBS News correspondent Seth Doane reported that a high court in Hong Kong has paved the way for police to remove camps from one of the main protest zones.

Joshua Wong, a prominent student leader, said Monday that he and two other members of his group would go on an indefinite hunger strike to press their demands.

"We admit that it's difficult in the future to have an escalated action, so besides suffering from batons and tear gas, we would like to use our bodies to direct public attention to the issue," Wong said Tuesday. "We are not sure if the hunger strike can put pressure on the government, but we hope that when the public realizes the student hunger strike, they will ask themselves what they can do next."

In the early hours of Monday, police armed with pepper spray, batons and riot shields clashed with activists carrying umbrellas as authorities moved to clear them out an area in front of the Hong Kong government complex where activist had been camped out.

The compound was forced to shut temporarily and the semiautonomous city's Beijing-backed leader said public patience was wearing thin, adding that police would "continue to take decisive action to enforce the law."

In a statement read to reporters, Tai, Chan and Chu said their surrender also would serve as a "silent denunciation of a heartless government."

"Tomorrow's battleground is expansive and now is the time to transform the people's strength into a sustainable civil society movement, to sow the spirit of democracy deep into the community," they said in the statement.

Tai said it wasn't clear whether police would simply send them home, or detain them for inciting the protests, which the Hong Kong and Chinese governments have denounced as illegal.

While the trio's call to end the protests threatened to fracture the movement, Tai denied they were abandoning the demonstrators.

"We just urge the occupiers to consider the importance to understand that the fight for democracy is a long battle," he said.