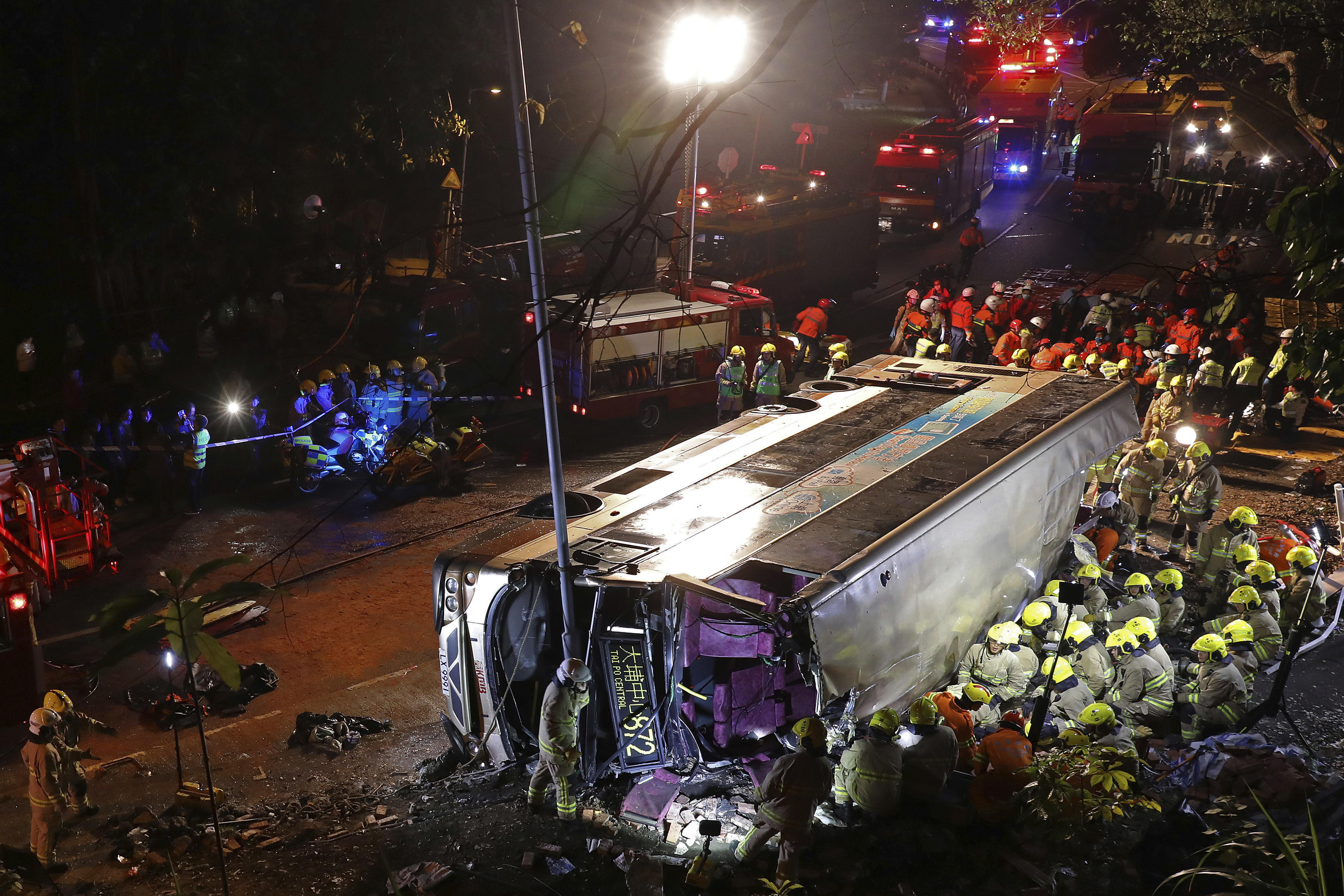 Another 47 people were injured and taken to hospitals, including 19 in serious condition, the Hospital Authority said.

An executive with The Kowloon Motor Bus Co said the company would investigate the crash and offer financial assistance to the families of each victim, Reuters news agency reports.

Photos and videos published by local media or posted by users on social media showed the gold-colored bus lying on its side while emergency workers treat injured passengers nearby.

Local TV channels broadcast footage of rescue workers cutting open the roof of the bus, operated by the Kowloon Motor Bus Co., and bodies of dead passengers laid out on the ground, covered in white sheets.

Multiple passengers interviewed by the TVB and Cable TV news channels said the bus was moving at a high rate of speed when the accident happened. The passengers were not identified by name.

The South China Morning Post newspaper said it was the Asian financial center's deadliest traffic accident since a 2003 bus accident that killed 21 people.