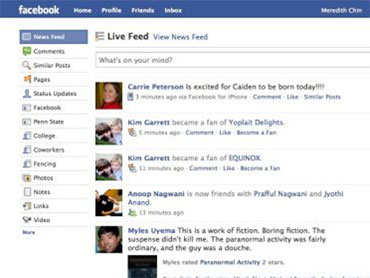 Janet Koth, the 47-year-old housewife who was kicked off Survivor: Amazon Thursday night amid rumors she smuggled in a granola bar, insisted Friday morning that the snack was not hers.

"Absolutely not! It was not mine. I adore Survivor. It's my favorite show. There's no way I'd cheat on it," Koth told The Early Show co-anchor Harry Smith.

"I know with Survivor, there's really no rules. You know, so some people think that cheating and lying, you know, that's how they want to play. But that's not how I would play. I'm not going to lie, not going to cheat. Didn't do it."

Sick and dehydrated after just six days in the Amazon camp, Janet admitted what fans have been saying so far about the sixth and latest Survivor game.

"I really feel like on this one they turned up the heat," she says of the show's producers. "I think that the people have stronger personalities than ever before. And certainly the environment was just so harsh. So harsh."

This game also has been billed as a battle of the sexes with teams divided by gender. In this week's episode, the male team, which had built a shelter, was better able to cope with rain than the women's team. The men's tribe, Tambaqui, stayed dry during the Amazon downpour, while the women were soaked through without any shelter.

"There was very little lying around," Janet said. "I think that that actually wasn't really represented correctly. To my memory, you know, we were really out there working nonstop."

In fact, she said, her team was so busy trying to survive that most members couldn't take the extra time needed to form a bond with Christy, the hard-of-hearing tribe member.

"Christy and I actually - there really isn't time to show everything that went on. She and I had a really close relationship. And we really bonded," Janet said, adding of her teammates, "I don't think that they gave her a chance. But I don't think it was really out of mean-spiritedness. I think that we were so busy trying to survive."

She also said her team suffered from lack of leadership. "Anybody who's watched Survivor in the past knows that you're really putting yourself at risk if you do step up and take that leadership role," she said. "And I think so everybody's kind of, you know, holding back, holding back. Just didn't want to put themselves out there and make themselves a target."

One viewer asked if her age figured into her short stay in the Amazon.

"The contestants don't know where we're going until we leave," she said. "And so, I got a little suspicious when I looked at the other contestants - and we're not allowed to talk - but when I looked around and saw that I was the oldest thing out there, I thought, 'Oh, no, where are they sending us? This is not going to be good.'"

She said the lack of sleep caused her to crash and burn.

"However, by day three, day four, I was adjusting and I was perking back up, " she said.

In the first challenge Thursday night, the tribe fought for a large jar of bait to catch fish. Survivors were paired off and blindfolded while one directed the pairs towards 30 planks to be put together as a part of a puzzle. The women were far ahead of the men with Joanna hollering out directions. They took home the jar of bait leaving the men, yet again, eating their own cocky attitudes.

For immunity, the men and women were pitted against one another in a memory challenge. They wandered around a small village for two minutes and tried to remember what they could. They then faced off to answer Jeff's questions about what they saw. The men easily defeated the women, taking home the immunity idol.

Back at the Jabaru camp, it became obvious the tribal council vote would come down between Janet and Christy. Janet left the camp offering her own pearls of wisdom, "Well, guys, it was amazing, but amazing week. I found out I am not an Amazon woman. For all of the middle-aged women out there that are thinking of having a mid-life crisis, I would highly suggest a change of hair style."