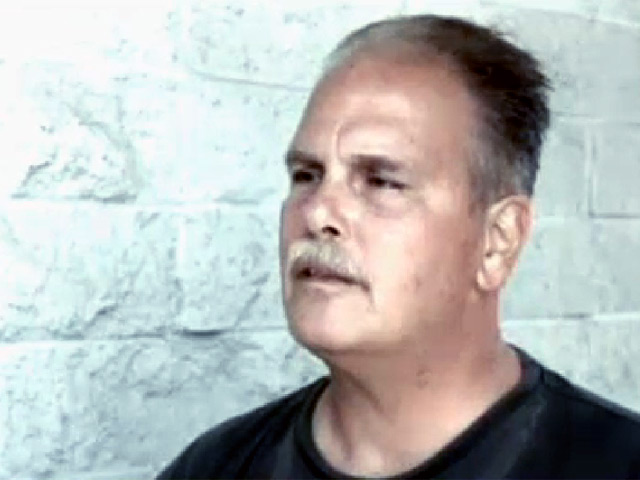 (CBS/AP) MODESTO, Calif. - A group of disabled homeless men jumped into action Tuesday when a sex offender attacked a 15-year-old girl on a public bus in California, CBS Sacramento reports.

Kevin Long, 37, was released from prison a day before he allegedly made inappropriate comments to the girl who was on her way to school, the station reported.

"I just wanted to get him away from the children," said Curtis Mitchell, one of the Good Samaritans aboard the Modesto bus. "He had made a verbal gesture to the young lady about 'have you had sex yet' and the girl was freaked out."

Mitchell told CBS Sacramento that he kept an eye on Long during the interaction.

"All of the sudden, he just lunged out of his seat and grabbed her crotch area," Mitchell said.

Mitchell said that was when he and his four friends, all disabled and homeless, jumped into action and apprehended Long. They held him down for three blocks until the bus driver pulled into the transit center, where police officers were waiting.

Turns out, Long was staying at the same shelter as the men who took him down, according to CBS Sacramento.

"He thought nobody was going to do anything. Well, he was wrong and we got him," said Mitchell.

CBS Sacramento reported that Long has been in and out of prison since 1995, when he served time for trying to rape someone. He was also locked up on drug charges and served an eight-year sentence for burglary and making terrorist threats.

Mitchell said his back is a little sore, but he says it's worth helping a defenseless child.

"I'm not no hero. I'm a regular person," Mitchell said. "I have kids, grown up now, but I would hope someone would help my kids if they needed it."