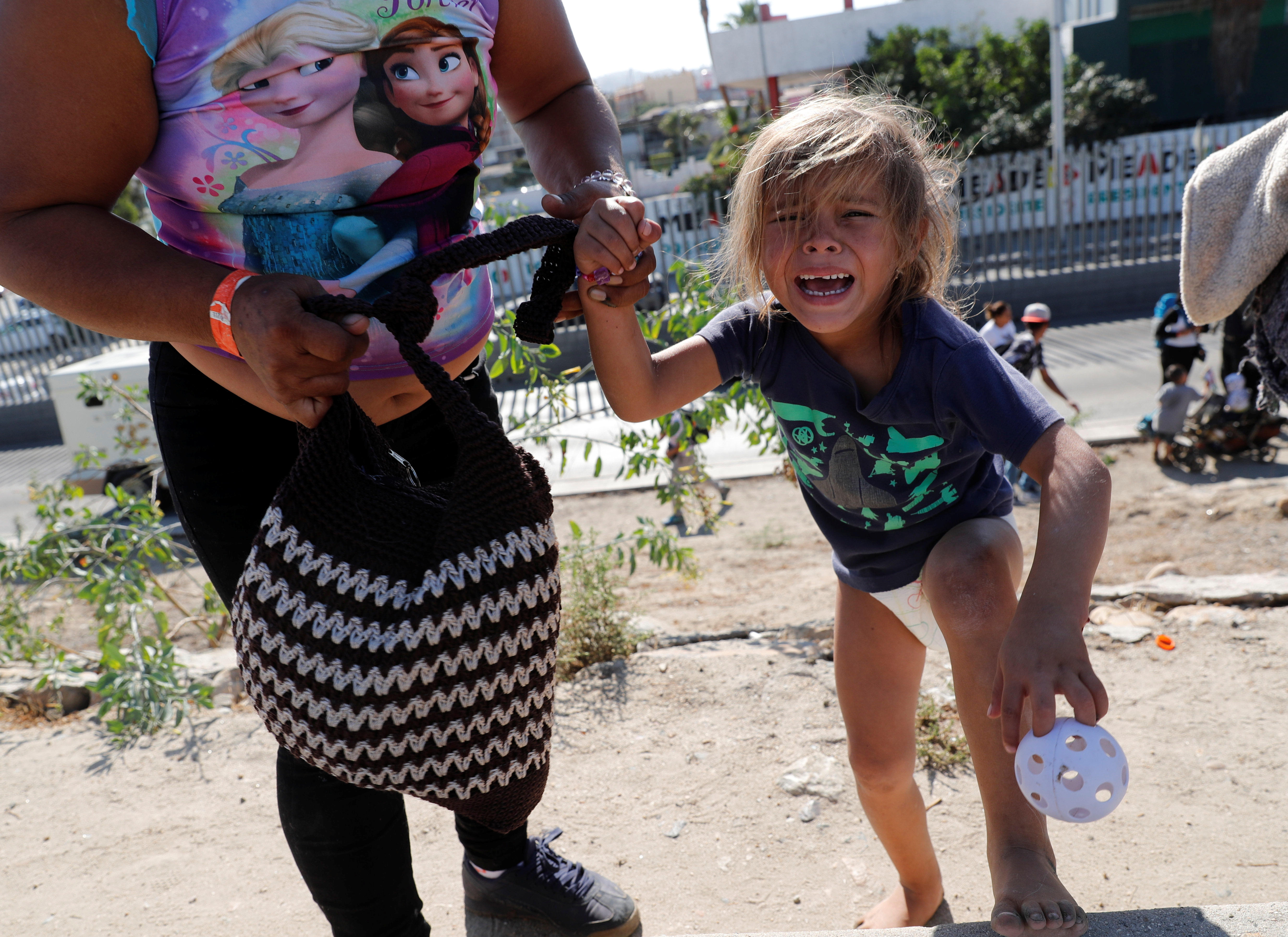 Homeland Security Secretary Kirstjen Nielsen defended the use of tear gas at the southern border against members of the migrant caravan, saying the clashes were "entirely predictable." She also pushed back against the viral photos of women and children running from the tear gas, and said that "the caravan members are predominately male."

"I refuse to believe that anyone honestly maintains that attacking law enforcement with rocks and projectiles is acceptable," she said in a statement posted to Facebook. "It is shocking that I have to explain this, but officers can be seriously or fatally injured in such attacks. Self-defense isn't debatable for most law-abiding Americans."

Nielsen's statement echoes comments made by President Trump on Monday, when he defended the use of what he called "safe" tear gas to stop migrants trying to rush into the U.S. The U.S. Customs and Border Control commissioner said more than 1,000 migrants tried to storm the border on Sunday; Mexico's government said the number was about 500.

"It appears in some cases that the limited number of women and children in the caravan are being used by the organizers as 'human shields' when they confront law enforcement," Nielsen said in her statement. "They are being put at risk by the caravan organizers as we saw at the Mexico-Guatemala border. This is putting vulnerable people in harms way."

Images of mothers with young children — some barefoot, some in diapers — running from the tear gas has dominated coverage of the clash. The Trump administration has emphasized that those people are the exception and that it the caravan is dominated by men, including, they say, many criminals.

Nielsen's defense of the border action comes amid speculation that bubbled up after the midterm elections that she is expected to leave by the end of the year. There have been reports that the president has been frustrated by what he views as her lackluster performance on immigration enforcement.

In her Facebook statement, Nielsen thanked the president for his decision to move troops to the border to deal with the migrant caravan. "Instead of 'a political stunt,' as suggested by some, this was in fact the act of a leader concerned about the rule of law," she wrote.

"This Administration warned about the danger of the caravan. We predicted the violence we saw on Sunday."