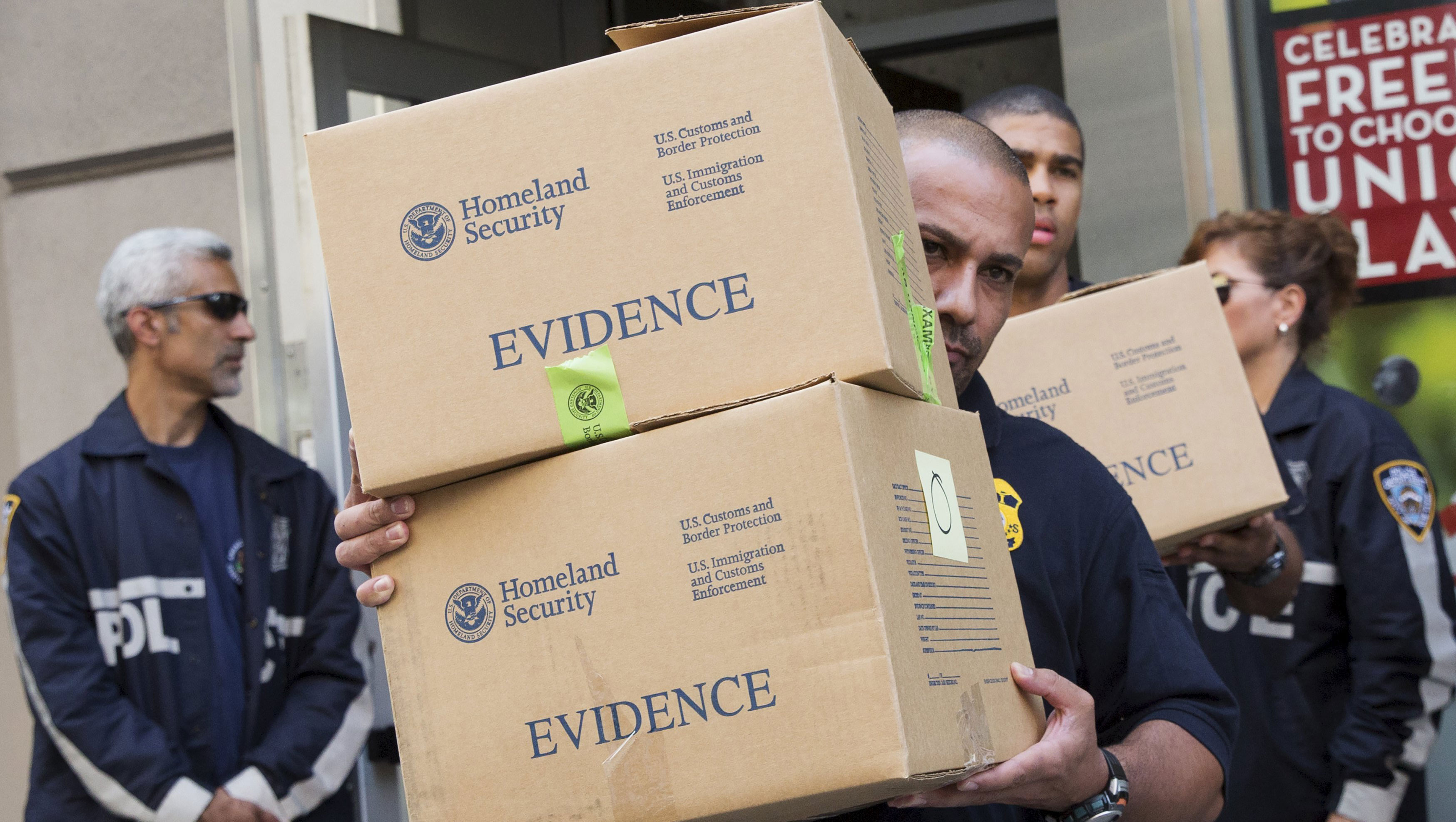 NEW YORK -- Starting with the name, there was never anything discreet about the website Rentboy.com.

The successful site operated for nearly 20 years in an open and racy way, with male escorts paying for ads to attract new - mainly male - customers. That came to an abrupt end last month when federal agents raided Rentboy's Manhattan offices and arrested chief executive Jeffrey Hurant and six others on charges of promoting prostitution.

The takedown of the popular website was led by the U.S. Department of Homeland Security, prompting protests accusing federal authorities of anti-gay bias and raising questions about why they would single out Rentboy when other escort websites, gay and straight, continue to do business.

"Surely the Department of Homeland Security has more pressing concerns than to fritter away precious time and resources on something that shouldn't even be criminalized in the first place," said Human Rights Watch's Graeme Reid, echoing the sentiments by the American Civil Liberties Union and other advocacy groups.

Federal authorities brought the case using a broad statute barring travel to commit or promote a crime. They say the investigation is ongoing and expected to result in additional charges.

Hurant, who's out on bail, has denied any wrongdoing. His attorneys declined further comment.

The origins of the case haven't been made public. But even without knowing the specifics, Homeland Security's involvement is appropriate, said Serina Vash, a former federal prosecutor and executive of the Program on Corporate Compliance and Enforcement at New York University School of Law.

Part of the agency's mission is "to secure cyberspace," Vash said. "It was in their interest to not let this go any further."

But more than a month after the arrests, the absence of any allegations that Rentboy was of a menace to society beyond simple prostitution - human trafficking, exploiting minors, money laundering - has stirred anger and fear in the gay community.

"It's scared a lot of people and also baffled them, that Homeland Security does this," said William Dobbs, a gay activist who organized a rally outside federal court in Brooklyn by protesters demanding the Rentboy case be thrown out.

A few dozen demonstrators chanted "Keep your laws off my body" and "Sex work is real work." Some suggested the case could become a "digital Stonewall" for sex workers, a reference to the 1969 police raid on the Greenwich Village bar that hastened the gay rights movement.

A spokesman for U.S. Immigration and Customs Enforcement, which participated in the investigation along with the New York Police Department and other agencies, said in a statement that "any insinuation that a specific population was targeted is categorically false."

Prosecutors allege Rentboy was the equivalent of an online brothel, and what it called escorts were actually prostitutes. They say part of the proof were in the explicit ads that featured nude photos, listings of all manner of physical attributes and pricing options ranging from $150 an hour to $3,500 for a weekend.

Still, the prosecution stands out if only because the vast majority of prostitution cases are handled by local authorities. The only comparable federal case to Rentboy came last year, when the FBI shut down a lesser-known sex website based in California, MyRedBook.com, and arrested operator Eric Omuro on prostitution charges.

But the MyRedBook case differs because prosecutors accused Omuro of allowing ads for child prostitution and also charged him with money laundering. He was sentenced in May to 13 months in prison.

Hurant, 50, may have partly been a victim of his own success. At the time of his arrest, Rentboy had thousands of advertisers paying up to $300 a month, 500,000 visitors a day and revenues of $10 million in the past five years.

The business hosted parties and an annual awards show for escorts called the Hookies. In interviews, he insisted "there is no place on this website where somebody says I'll have sex for money because that is against the law," but also boasted about wanting "to keep the oldest profession in the world up to date with all the latest technology."

Before its troubles, Rentboy "was the best game in town" for escorts who wanted a safe way to find clients willing to pay for companionship, said one escort who advertised on the site and gave his name only as J.A., fearing fallout from the investigation.

The 50-year-old New Jersey resident has been an escort for 15 years and put some of his income toward graduate school. He said even though he can still use other escort sites, he sees larger societal issues at play.