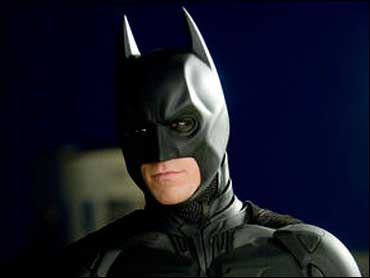 When "The Dark Knight" swoops into theaters across the country starting at midnight Friday, Hollywood is betting Batman will crash through to box office history, CBS News correspondent Bill Whitaker reports.

"There have only been in history 10 films that have opened with $100 million, and 'The Dark Knight' is poised to be one," said Paul Dergarabedian, president of Media By Numbers.

The numbers tell the story.