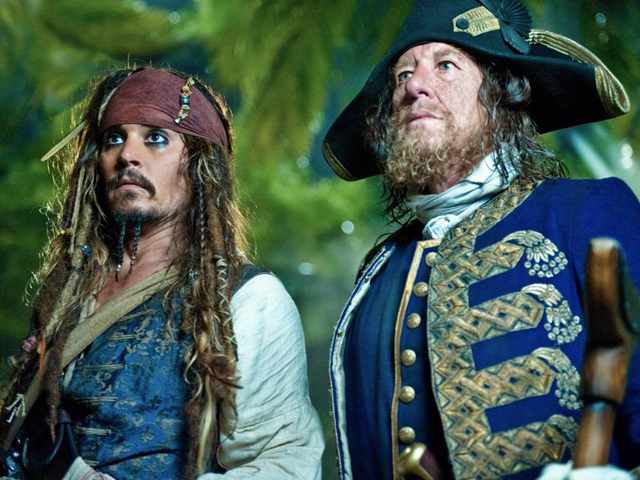 Blockbuster movie season officially kicks into high gear this Memorial Day weekend. Plenty of big-action sequels, and even a few prequels, await moviegoers this year. But will new releases based on past movies be enough to slough off the movie money slump that's plagued Hollywood so far in 2011r?

If the explosive success of early releases is any indication, CBS News Correspondent Bill Whitaker reports, this summer at the movies could be a record-breaker.

With box office receipts down 20 percent since the beginning of the year, Hollywood is banking on summer turning things around, and maybe even surpassing last summer's record $5 billion in earnings. Why?

Hollywood.com's Paul Dergarabedian says it's all about summer sequels, such as the latest "Pirates of the Caribbean," starring Johnny Depp and Penelope Cruz. Dergarabedian noted the film has already earned more than  $400 million worldwide.

Other films on the radar include "Kung Fu Panda 2" and the latest "Transformers."

Andrew Stuart, of Variety magazine, said the draw to action movies like the "Transformers" is the spectacle of it all.

Dergarabedian added people like the familiarity of the characters. Whitaker called it "The Jack Sparrow Effect."

"I love that idea, 'The Jack Sparrow Effect,'" Dergarabedian said. "That's where the audience feels more comfortable going to a sequel and revisiting characters that they know and love. 'Hangover 2' is a perfect example of that. 'Wedding Crashers,' '40 Year Old Virgin,' those were R-rated summer comedies, but 'Hangover' is the granddaddy of them all, and I think 'Hangover 2' is going to be huge over Memorial weekend this year."

But the movie with the biggest summer draw, according to Stuart, is the final film in the Harry Potter franchise.

Stuart said, "'Harry Potter' is going to be a monster."

If not sequels, then prequels could make a mark in the theaters. Hollywood studios have high hopes for filmssuch as "Rise of the Planet of the Apes" and "X-men, First Class."

Dergarabedian said, "Audiences don't mind reaching in their pockets to pay out that money for characters they're already familiar with."

Whitaker added that's just what Hollywood is counting on.