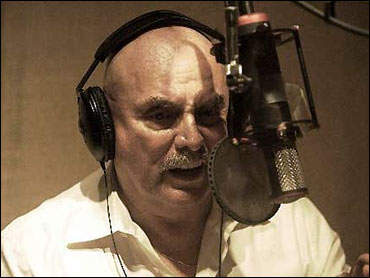 (Hollywood) Don La Fontaine is the biggest Hollywood star you never heard of. His singular skill is so essential, he's been involved with more than 1,000 movies.

Smith: Many producers refuse to use anyone but him.

Mr. La Fontaine: How are ya?

On a mission of seduction...

Smith: Yeah, that voice. Whenever you go to the movies, Don is there.

Mr. La Fontaine: It's about being the life of the party...

Smith: La Fontaine is the king of coming attractions, the voice in so many of those two-minute teasers called trailers, the previews designed to lure you back to the theater again next week.

How important is a trailer to a movie?

Mr. La Fontaine: Very important. There's something like 100 movies coming out just this summer alone and the competition for the screen space itself is enormous.

Smith: Studios believe a good trailer can create the buzz that fills the seats. This one's for Disney.

Mr. La Fontaine: And when they say, "Cue the guy with the big voice," obviously what they want me to do is sort of like phony-baloney, over-the-top...

Smith: Give me a right off the top of your head kind of -- however you'll do this.

Mr. La Fontaine: Thanks, Max. Touchstone Pictures invites you to an unforgettable adventure. It's Max's world. All we can do is watch. "Rushmore," this summer.

Man: Beautiful. Give me some "Rushmore," a set of three.

Smith: One dark room after another, as many as a dozen sessions a day. Most times he's in and out in a matter of minutes.

Smith: There are a few voices like Don's, but he's been doing it so long, it seems like he invented the style and the sound, which came to him like a gift from above.

Mr. La Fontaine: I was 13 years old. And my mother was doing dishes one day, and I said, "Mom, I'll help you with the dishes."

Smith: He gets so much work, he got the limo and driver so he wouldn't have to waste time parking. But success is bittersweet because they don't give any Academy Awards to the trailer kings.

Smith: Don La Fontaine, the biggest Hollywood star you never heard of. But he sure is the one you always hear.